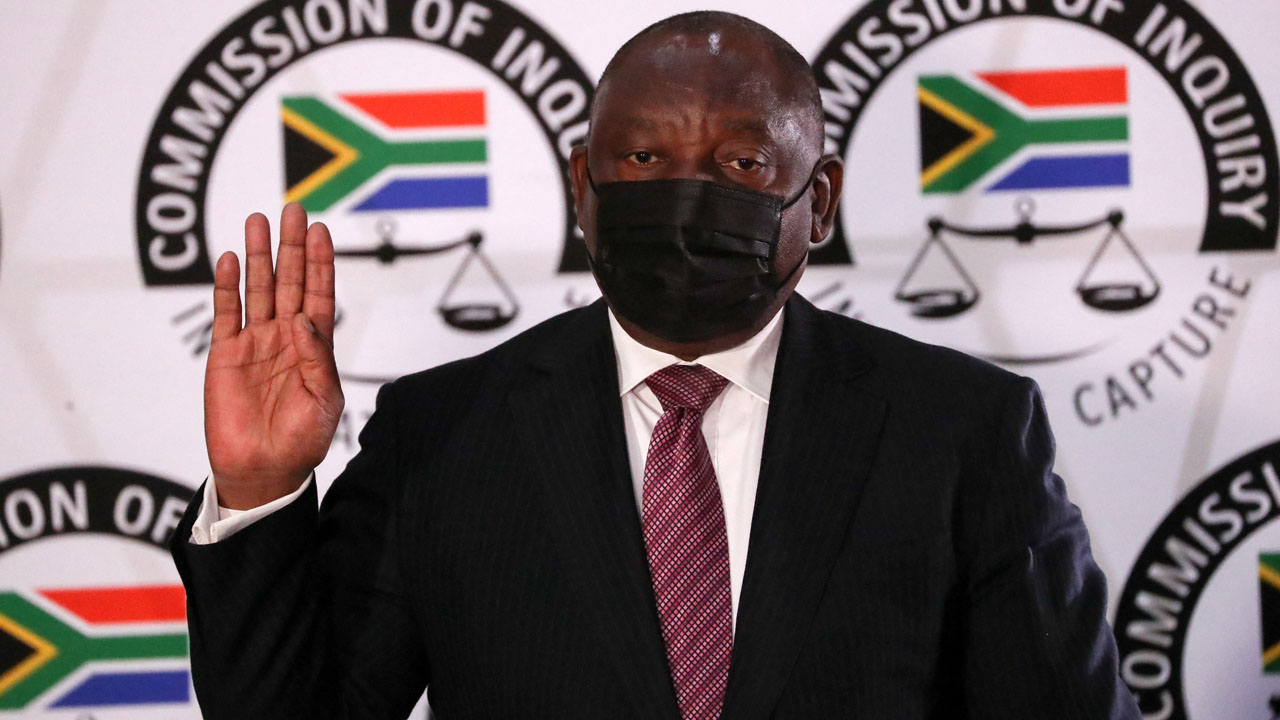 
South African President Cyril Ramaphosa on Monday reprimanded a senior minister after she attacked the constitution, saying judges were “mental colonized” in a scathing attack that has fueled speculation of new rivalries within the ruling party. .

Tourism Minister Lindiwe Sisulu, daughter of revered anti-apartheid activists Walter and Albertina Sisulu, launched her extraordinary attack on both the judiciary and the constitution in op-eds on the Independent Online (IOL) news site in the last days.

The 67-year-old veteran minister mocked unidentified senior judges as “mentally colonized Africans” who are “all too happy to lick the saliva off those who falsely claim superiority.”

He also attacked South Africa’s innovative post-apartheid constitution, saying it had failed to improve the lives of the majority of black South Africans who still live in poverty.

His comments, which sparked a heated debate, fueled speculation that Sisulu plans to run for leadership of the ruling African National Congress at a party conference in December.

Ramaphosa responded to what he called “attacks on the independence and integrity of our judiciary” in his weekly bulletin on Monday.

“We must safeguard ourselves against any and all efforts to diminish our hard-won democracy,” he wrote.

Without directly referring to Sisulu’s article, he also emphasized the “need to protect our constitution, our democratic state and the electoral process from anyone who wants to weaken our democracy.”

The party of the late anti-apartheid icon Nelson Mandela is scheduled to hold leadership elections in December.

Ramaphosa is widely expected to seek a second five-year term, but he could face a challenge from a faction of the party loyal to former President Jacob Zuma, who is accused of corruption.

Sisulu, the daughter of Mandela’s former comrade-in-arms Walter Sisulu, has served as a lawmaker since the advent of democracy in 1994 and has been a cabinet minister for more than 15 years.

In his article on IOL, he suggested that some members of the judiciary were judging black South Africans more harshly.

“At the highest levels of our judicial system are these mentally colonized Africans, who have settled with the worldview and mindset of those who have dispossessed their ancestors,” he wrote.

“The lack of confidence that permeates their rulings against their own speaks very loudly, while others, safe in their agenda, applaud behind closed doors.”

He was also scathing about South Africa’s much-lauded 1996 constitution, calling it a mere “palliative” for victims of apartheid facing “a sea of ​​African poverty.”

In a follow-up op-ed on IOL on Sunday, he went further, saying the constitution “too often served the few, the powerful and the well-connected” and was “not Holy Scripture.”

His comments about the judiciary drew criticism from Acting Chief Justice Raymond Zondo.

“This is not a criticism, this is an insult to … all African judges who serve this country with distinction, with determination to uphold the constitution,” Zondo said at a news conference last week.