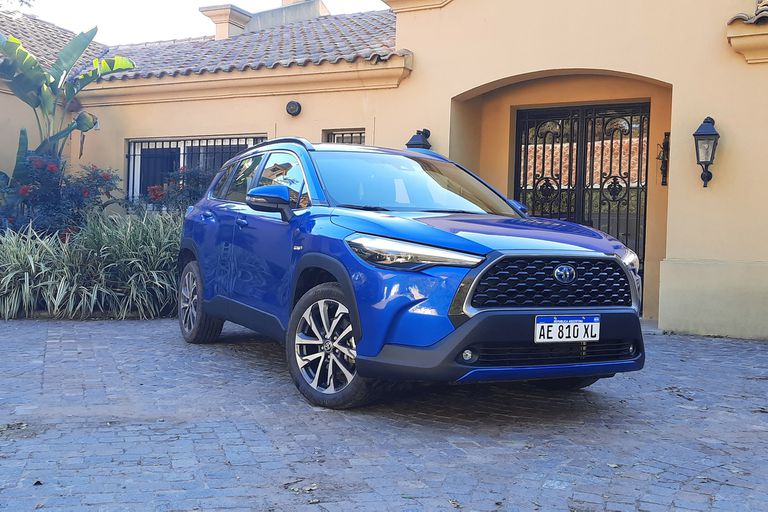 Record year: which are the electric and hybrid cars that lead the sales boom in Argentina


The trend towards electrification in mobility It is a reality that grows every year in Argentina. During 2021, 5,871 electric and hybrid vehicles were sold in the country (with two engines, gasoline and electric). This means a growth of 148%, which implies 3,488 more vehicles than in 2020, according to data from the Online Information System of the Automotive Market of Argentina (Siomaa), belonging to the Association of Automotive Dealers (Acara).

In fact, the report highlights that, since 2010, when the first Toyota Prius in the country, total sales of this type of vehicle were 10,735 units, which means that more than half of all hybrid and electric vehicles (55%) that were sold in Argentina were delivered last year.

With these figures, this segment of the automotive market more than doubled its level of participation in the total sales of light vehicles: while in 2020 the hybrid and electric cars represented 0.7% of the total, in 2021 they reached the maximum of 1.7%.

Aware of this trend, the Ministry of Productive Development, which commands Matias Kulfas, designed the bill of Promotion of Sustainable Mobility, which the Government seeks to deal with in extraordinary sessions in Congress next month. The most ambitious objective of this initiative is that, if approved, from the year 2041 no more internal combustion vehicles can be sold Throughout the national territory.

The models that are sold in the country at the moment are very biased towards hybrid technologies, explains Acara. In fact, 99.1% of patents during 2021 are hybrid, while pure electrics represent less than 1% of sales.

The local electric vehicle market “exploded” from 2017, when through decree 331 tariff reductions were introduced for its importation. From that moment, this type of vehicle can be imported at a preferential tariff of 5% (hybrids), 2% (pure electric) and 0% (with fuel cells-hydrogen).

In what a continuity means between the policy of the former president Mauricio Macri and the current management Alberto Fernandez, The Government extended until March 2023 the benefits to import these vehicles and assigned a quota of 4,500 units that may enter the country by paying a preferential tariff.

“The decree assigns a share of 95% of that quota for terminals with automotive production in the country (4,275 units) and the remaining 5% for import representatives of terminals not located in Argentina (225 units),” explains the report. of Acara.

The company that leads the market for hybrid and electric vehicles in Argentina is Toyota, which last year kept 88% of sales. The Japanese automaker grew even above 2020, when it had reached 78% of the total. To supply this demand, the company offers six models with non-conventional motorization.

Secondly, It is followed by the American Ford, which last year delivered 495 hybrid vehicles among its three models and achieved 8.4% of the market, according to Acara. The brand premium de Toyota, Lexus, meanwhile, offers five models and came in third place, with 98 units sold and 1.7% of the market. Between the three they represented 98.3% of the total market during 2021. The other companies that participate in this market are Mercedes Benz (have three models), Renault and Nissan, with a model, and Argentina Sero Electric, which has its two cargo models and one sedan.

Last year, 2,549 units of this vehicle were patented, which represents more than 43% of total sales.

The third best-selling vehicle is also from the Japanese automaker, with 725 patents for this model, which represents 12% of the total.

There were 120 cars that were sold from this SUV, with 2% of the total market share.

The brand premium Toyota also stood out on the list, with 55 NX cars sold.

The German automaker sold 26 vehicles of its hybrid brand in Argentina. It also delivered three units of the Mercedes Benz E53 (hybrid).

It is the only 100% electric vehicle that appears in the top 10, with 25 units delivered.

Lexus also sold 21 units of this model and another 19 of the IS (hybrid).