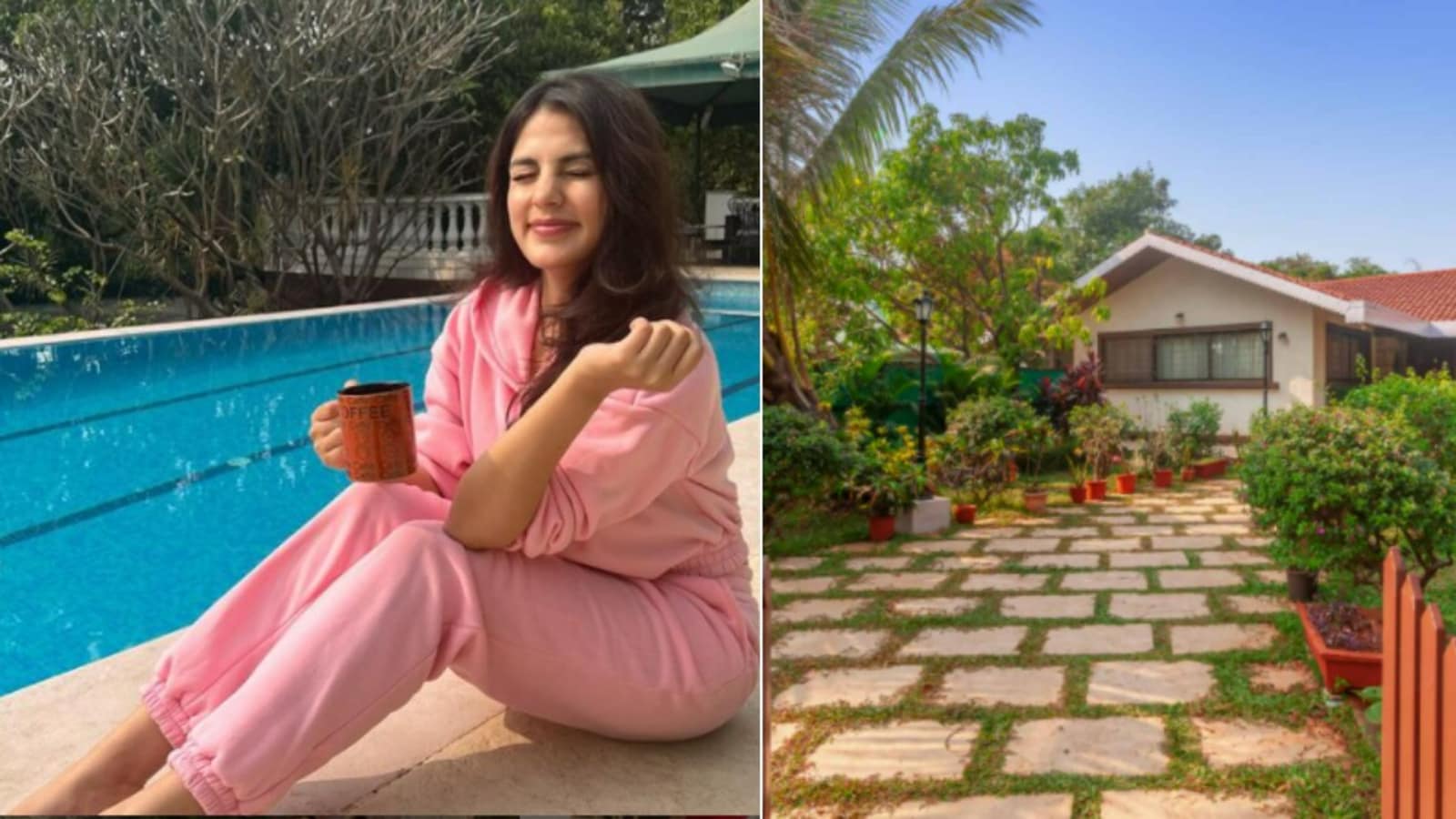 Actor Rhea Chakraborty is currently on vacation in Alibaug, Maharashtra. Rhea shared a series of videos from her stay on Instagram.

On Tuesday, Rhea shared videos of her trip on her Instagram Stories. In the videos, Rhea can be seen walking down the stairs and near the pool. Rhea also took a look at her room, which had a wooden interior and a huge window.

According to the geotag added by Rhea, she is currently staying at Alibaug’s Vista Rooms. According to the official website, the property is described as “Laid with Jaisalmer stone, flushed with a unique organic warmth. Separate from the main bungalow and on the other side of the property is a toilet which is like a large gazebo with glass walls.”

The villa where Rhea was staying has six bedrooms, four on the ground floor of the main villa and two in the outhouse. The property also has lush green gardens with a mango orchard and a huge swimming pool. The cost of the room is Rs. 35,200.

Rhea also shared a photo of herself sitting near the pool. She captioned the photo, “Grateful for my hot cup of coffee and warm sunshine #rhenew.” In the photo, Rhea is seen sitting with a cup of coffee in her hand, dressed in a pink evening gown.

Read more: Rhea Chakraborty looks back on 2021, calling it a year of healing and pain: ‘It hasn’t been easy’

Rhea began her career in 2009 when she appeared on the MTV TVS show Scooty Teen Diva. She later appeared in movies like Mere Dad Ki Maruti, Jalebi, Sonali Cable, Half Girlfriend, and many more. She was last seen in Rumi Jafry’s film Chehre released earlier this year. The film also starred Amitabh Bachchan, Emraan Hashmi, and Krystle D’souza in pivotal roles.