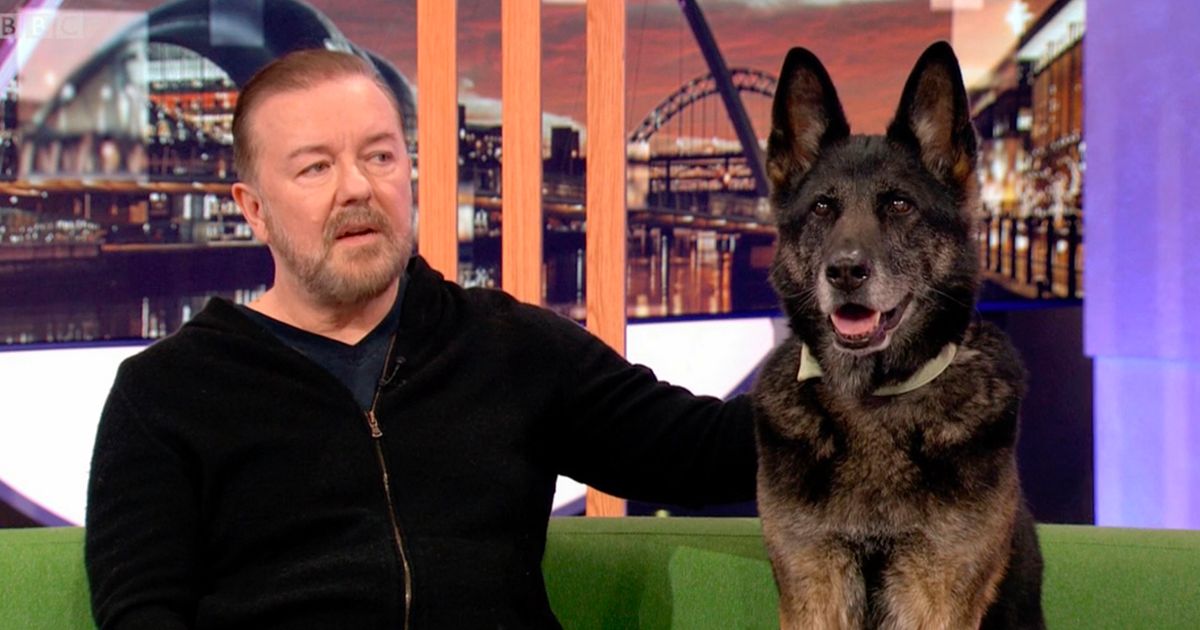 
Ricky Gervais has admitted that he wants to die before his longtime partner, Jane Fallon.

The comedian appeared on BBC1’s The One Show on Monday and discussed his hit Netflix series After Life.

Ricky, 60, was talking to Alex Jones and appeared on the show with his German shepherd.

Alex told the guest: “So you say you were inspired to write it [After Life] thinking of your wife Jane and what it would be like to lose her.

“So that means you’ve learned to appreciate her a little more?”

Ricky was quick to respond to say that he always appreciated her and said that’s where the idea came from.

He said: “My first thought was what would happen if you lost everything. You could do whatever you want and there would be no consequences.”

Ricky Gervais on The One Show on Monday
(

He continued: “I had to think, ‘well, what is it like to lose everything?’ and for me it is your soul mate, your life partner. So that’s where it came from.”

He admitted that it would be terrible if he lost his partner and confessed: “I want to go first, which is selfish but I do.”

After a timely whine from his dog, Ricky hugged the animal and said he wasn’t planning on going anywhere yet.

After Life has been a huge success and series three has been even more popular.

The series has won over a new generation of fans and has been viewed 100 million times, according to Netflix.

The show tells the moving story of local journalist and widower Tony, who lost his wife Lisa (Kerry Godliman) to cancer and initially rages at the world in his grief before learning to let people in.

While Ricky is known for his comedic acts, he says people have approached him to say how much he has helped them through their own pain.

Ricky Gervais starring in the third season of After Life
(

And he revealed in a recent interview that there is one scene that still makes him cry no matter how many times he watches it.

He said: “I get caught up in it. When I write it, I get excited if it’s real enough. But then you see it in the 70th edition and stop crying.”

“If you don’t cry with that, you should go to the doctor because you’re a sociopath.” [laughs].”