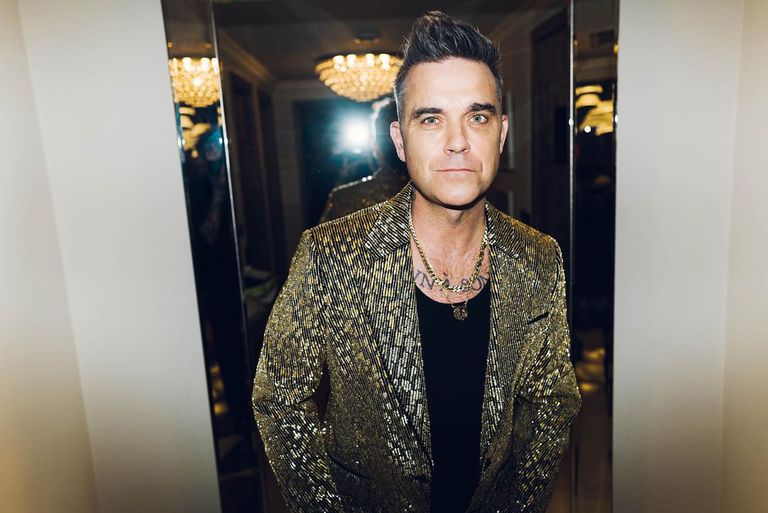 Robbie Williams revealed that they hired a hitman to kill him


Robbie Williams exposed the darker side of fame by revealing that it was victim of an assassination attempt. The singer told for the first time that at the height of his career he learned that a hitman had been hired to “kill” him.

The pop star opened up about the ordeal in a conversation with the newspaper The Mirror and said, “I never, never said this publicly before, but they put a hit man to kill me”.

The British artist explained, however, that thanks to his friends he was able to overcome the nightmare that his life became at the most successful moment of his career. “All of this has already happened. I have friends. These are the kind of invisible things that happen when you become famous.”

Williams began her musical career in 1990 as a member of the group Take That junto a Gary Barlow, Mark Owen, Jason Orange y Howard Donald. For five years, the formation became the teenage band par excellence, until the musician decided to leave the project in 1995, which ended with the dissolution of the band.

“At one point in my life I was ridiculously famous, in the style of Michael Jackson”, commented the singer to the same medium. “I rose to fame at 17 with a boyband I started at 16. When I was 21, I left, I had a solo career, I sold 80 million albums, I had a record of tickets sold in one day for a tour and others…”, said the artist, who also addressed how the anxiety and depression have accompanied him as a result of extreme fame and success.

Dealing with popularity has been, in fact, his biggest challenge as an artist. His meteoric rise to stardom was truly unstoppable and Williams went on to become one of the most important personalities in music in his own right.

Regarding the dark episode that put his life at risk, the artist clarified that he did not want to inform the authorities and that looked for other alternatives to deal with the problem. However, he did not offer more details about the alleged threat or its motive and origin.

“It’s one of those things that you don’t see but that happen to you when you become famous,” remarked the singer, who he moved to the US to regain some of his anonymity and be able to deal with their anxiety problems.

“I wanted to be able to go everywhere normally. Here I live in anonymity and I really enjoy it. When I think about going back to the UK, I realize that I don’t have it there and that makes me anxious and depressed”, the singer recently assured in dialogue with the podcast This Past Weekend.

It is not the first time that the artist has spoken about situations that they would have put their lives at risk. At the end of 2020, Williams recounted that he was about to die from a mercury and arsenic poisoning after following a strict diet rich in fish. And he added that, at that time, he only did a test to check the state of his health because his wife, Ayda Field, 41, forced him to go to the doctor and that insistence was what saved his life.

“I ate fish twice a day and when I finally went to see the doctor and we had the test results, he told me I had the highest mercury poisoning he had ever seen,” the singer said during an interview on Radio X. And he added: “Do you know what I thought when I heard that? I win! That’s how my ego works. I have the highest index, I literally won the Mercury prize [en referencia a un premio musical del Reino Unido]!” he joked.