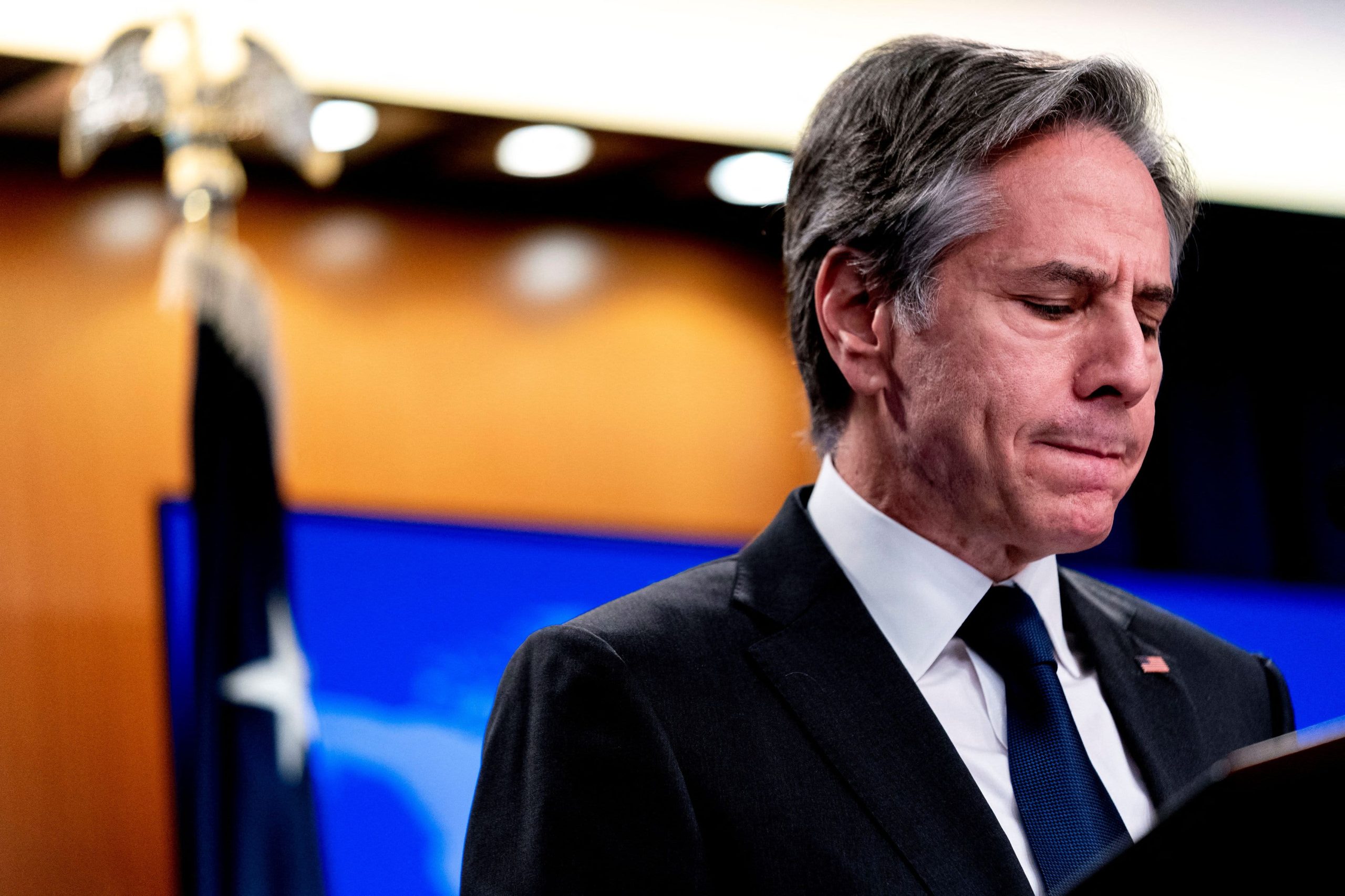 US Secretary of State Antony Blinken pauses as he speaks in the State Department briefing room in Washington on January 7, 2022.

WASHINGTON – Secretary of State Antony Blinken will visit Ukraine this week and meet with President Volodymyr Zelenskyy. The trip comes as the Biden administration works to deter Russia from a possible invasion of its neighbor.

Blinken will land in Kiev on Wednesday, where he will meet with Zelenskyy and Ukrainian Foreign Minister Dmytro Kuleba. The nation’s top diplomat will also meet with employees and families at the US Embassy compound there to communicate contingency plans should Russia decide to escalate further.

Before the trip, Blinken spoke with his counterpart, Russian Foreign Minister Sergey Lavrov, on Tuesday, reiterating calls for Moscow to de-escalate tensions by reducing its military buildup along the border with Ukraine. During the call, the two agreed to meet in Geneva on Friday.

Before heading to Switzerland, Blinken will travel to Berlin on Thursday to meet with German Foreign Minister Annalena Baerbock to discuss joint efforts to deter further Russian aggression against Ukraine. It will raise questions about the willingness of allies and partners to impose sweeping consequences and severe economic costs on Russia in the wake of an invasion.

Blinken’s trip comes on the heels of multiple high-stakes discussions between US and European officials and their Russian counterparts. Following those meetings, the Biden administration accused Russia of preparing a “false flag operation” to use as a prelude to an invasion of Ukraine. Russia has denied such preparations.

“We are now at a stage where Russia could, at any time, launch an attack against Ukraine,” a senior State Department official said in a conference call with reporters on Tuesday.

“President Putin created this crisis by decreeing 100,000 Russian troops along Ukraine’s borders. This includes moving Russian forces into Belarus over the weekend. This is not a normal troop movement or exercise. It is a show of force designed to cause or give a false pretext for a crisis as Russia plans a possible invasion,” added the official, who spoke on condition of anonymity to share details of the trip.

White House press secretary Jen Psaki said Friday that intelligence agencies monitoring Russian cyber operations against Ukraine believe the pattern of activity could indicate a ground invasion of Ukraine within the next 30 days.

The new timeline is the latest sign of how imminent the Biden administration believes a Russian attack on Ukraine could be and how urgent its effort to broker a peaceful settlement has become.

A militant of the self-proclaimed Donetsk People’s Republic (DNR) observes the area in fighting positions at the separation line of the Ukrainian armed forces near the rebel-controlled settlement of Yasne (Yasnoye) in Donetsk region, Ukraine, on January 14, 2022.

For months, the Ukrainian government warned American and European allies that Russian troops were massing along its eastern border.

The buildup has evoked Russia’s annexation of Crimea, a Black Sea peninsula, in 2014, causing an international uproar and triggering a series of sanctions against Moscow.

The seizure of Crimea also saw Russia’s removal from the “Group of 8,” or G-8, referring to the world’s eight largest economies.

“We saw this playbook in 2014, and they’re setting it up again,” national security adviser Jake Sullivan told reporters at the White House last week, adding that the United States is “ready either way.”

The Kremlin has previously denied that it was preparing for an invasion.

“The United States does not want conflicts, we want peace. President Putin has it in his power to take steps to de-escalate this crisis so that the United States and Russia can engage in a relationship that is not based on hostility or crisis,” a senior State Department official said.

At the Pentagon, spokesman John Kirby told reporters that the Defense Department has seen “no signs of de-escalation.”

“It would be difficult for us to say with specificity and certainty what Mr Putin is aiming at here and what his real goals are. He is clearly building a force posture there that gives him multiple options,” Kirby said of the additional Russian troops deployed to Belarus.

“Of course, the option that we would prefer is for him to de-escalate, to lower tensions, and of course one of the easiest ways to do that would be to remove some of that force presence,” he added.

Last month, President Joe Biden spoke twice with Russian President Vladimir Putin amid the significant military buildup on the border with Ukraine. During the first call on December 7, Biden refused to accept Putin’s “red lines” on Ukraine, including that the country would never be allowed to join the North Atlantic Treaty Organization known as NATO.

Since 2002, Ukraine has sought to join NATO, where the group’s Article 5 clause states that an attack on one member country is considered an attack on all of them.

Last week, Russian officials reiterated to NATO members and US officials that it is “absolutely mandatory to ensure that Ukraine never, ever, ever becomes a NATO member.”

During the leaders’ most recent call on Dec. 30, Biden reiterated his concern and renewed threats that his administration would “respond decisively” along with allies and partners if Russia invades Ukraine.