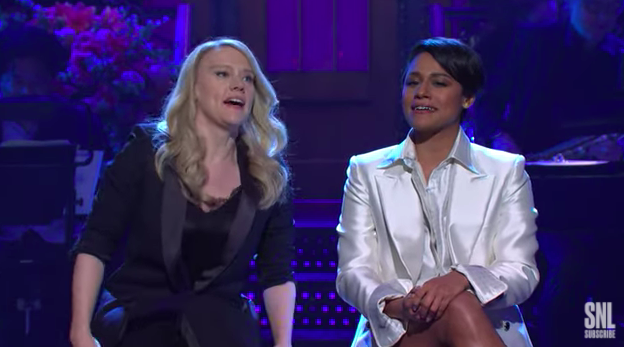 ‘SNL’: Kate McKinnon joined Ariana DeBose for the ‘West Side Story’ medley in the opening monologue


Ariana DeBose did it saturday night live made her hosting debut this week, detailing in her opening monologue her Golden Globe win for playing Anita in Steven Spielberg’s portrayal of West Side Story.

“Now, not many people know this, but ‘West Side Story’ is actually based on another classic tale of star-crossed lovers,” the actress joked. “’All in 90 Days’”.

He then talked about how much Broadway has been through in recent years and how it is “a community that perseveres.” “I think Broadway changes lives,” he explained. “I mean, hey, it changed mine, and Broadway has this magical ability to bring people together.”

It was the perfect transition into a bit of Broadway from DeBose herself, and Kate McKinnon, who crashed her set. Together, they performed a medley of West Side Story con canciones como “Tonight Tonight”, “I Feel Pretty”, “Something’s Coming” y “America”.

After performing, DeBose told McKinnon that her voice was “good,” to which she SNL Estrella joked: “Yeah, I know. He been on Broadway. Like, the sidewalk.