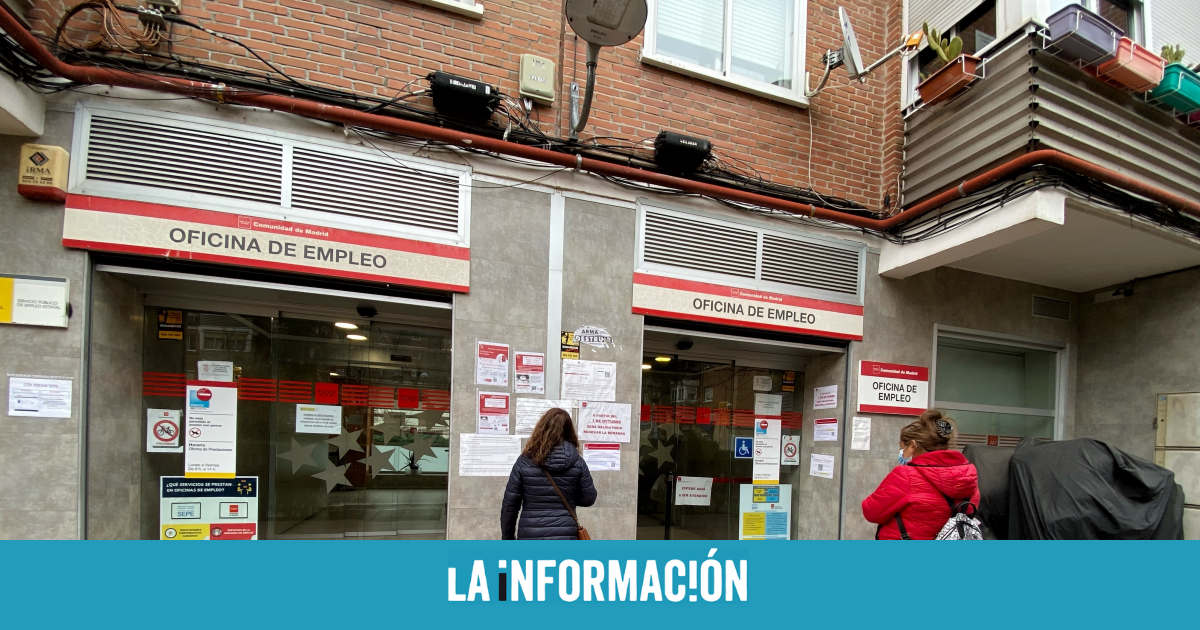 
The unemployment rate of the Organization for Economic Cooperation and Development (OECD) stood at 5.5% last November, compared to 5.7% the previous month, thus fulfilling seven consecutive months down, as reported by the institution and collects Europa Press, which points to Spain as the country with the highest level of unemployment, with 14.1%. In this way, the OECD unemployment rate in the penultimate month of 2021 it was still two tenths above the 5.3% registered in February 2020, the last month before the impact of the pandemic of Covid-19 globally.

In fact, only 11 of the 32 OECD members whose data was available registered unemployment levels in November 2021 below those registered in February 2020, including eight eurozone countries such as France, Greece, Germany, Italy, Lithuania, Luxembourg, the Netherlands and Portugal, in addition to Australia, South Korea and Turkey.

The unemployment rate in the OECD decreased in November among both men and women, going from 5.5% to 5.3% in the first case, and from 5.9% to 5.8% in the second. On its side, unemployment among young people fell to 11.8% from 11.9%, remaining three tenths above the pre-pandemic level.

Among OECD countries whose data was available, the highest unemployment rate in November corresponded to Spain, with 14.1%, ahead of 13.4% in Greece and 12.5% ​​in Colombia. By contrast, the lowest unemployment levels among advanced economies were in the Czech Republic, at 2.2%, followed by the Netherlands, at 2.7%, and Japan, at 2.8%.

In the case of those under 25 years of age, the best unemployment figures were for Japan, with 5.2%, ahead of the Netherlands, with 6.1%, and Germany, with 6.4%. At the opposite extreme, the highest levels of youth unemployment were observed in Greece, with 39.1%, followed by Spain, with 29.2%, and Italy, with 28%.