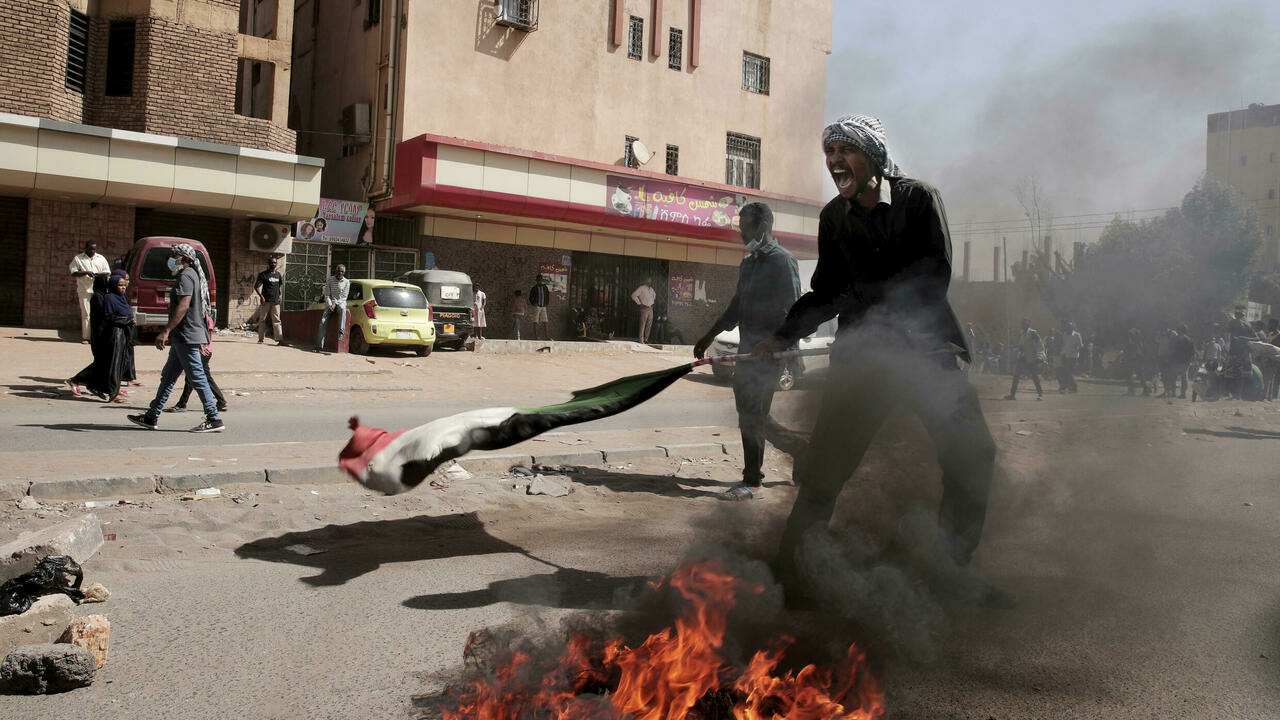 Security forces shot and killed seven protesters on Monday during demonstrations against last year’s military coup, doctors said, ahead of a visit by US diplomats seeking to revive a transition to civilian rule.

The protesters “were killed with live bullets” by “coup military council militias”, anti-coup doctors said on the Facebook page of the Khartoum state Ministry of Health, initially announcing three dead.

The independent Central Committee of Sudanese Doctors said hours later that four more protesters were killed “during a massacre by coup authorities seeking to disperse the protests.”

The killings bring to 71 the death toll of protesters killed since the Oct. 25 coup led by Gen. Abdel Fattah al-Burhan.

The latest demonstrations, in Khartoum and Wad Madani to the south, came as US envoy to the Horn of Africa David Satterfield and Under Secretary of State for African Affairs Molly Phee were expected to arrive in the capital this week.

Security officers who were deployed in large numbers fired bursts of tear gas at protesters heading towards the presidential palace, an AFP correspondent said.

Several people were seen having difficulty breathing and others bleeding from tear gas canister injuries, the correspondent said.

Sawsan Salah, from the capital’s twin city, Omdurman, said protesters burned car tires and carried photos of dead people during other demonstrations since the Oct. 25 coup.

In Wad Madani, “around 2,000 people took to the streets to call for a civilian government,” said Emad Mohammed, a witness there.

Thousands of protesters demanded that the military return to their barracks and chanted for a civilian government in northern Khartoum, witnesses said.

As night fell, hundreds of protesters remained in the streets in various parts of Khartoum, as pro-democracy activists led online calls to keep the demonstrations going, with two days of strikes and disobedience expected.

Protesters, sometimes numbering in the tens of thousands, have regularly taken to the streets despite deadly security measures and periodic communications blackouts since the coup.

Authorities have repeatedly denied using live ammunition to confront protesters and insist scores of security personnel have been injured during protests that have often “deviated from peace”.

Starting Monday in Riyadh, Satterfield and Phee will meet with the Friends of Sudan, a group calling for the restoration of the country’s transitional government.

The meeting is aimed at “gathering international support” for the UN mission to “facilitate a renewed civilian-led transition to democracy” in Sudan, the US State Department said.

The diplomats then travel to Khartoum to meet with pro-democracy activists, civic groups, military and political figures.

“His message will be clear: The United States is committed to freedom, peace and justice for the Sudanese people,” the State Department said.

On Monday, US Secretary of State Antony Blinken announced that a new chargé d’affaires, Lucy Tamlyn, would head the embassy in Khartoum to serve “during this critical moment in Sudan’s democratic transition.”

The United Nations said last week that it would start talks with political, military and social actors to help resolve the crisis.

The main civilian faction of the Forces for Freedom and Change, the main pro-democracy civilian group, has said it would accept the UN’s offer for talks if it could revive the transition to civilian rule.

The proposed talks have been welcomed by the ruling Sovereign Council, which Burhan reinstated after the coup with him as president.

Burhan has insisted that the military takeover “was not a coup” but was only intended to “rectify” the course of the post-Bashir transition.

(FRANCE 24 with AFP and REUTERS)