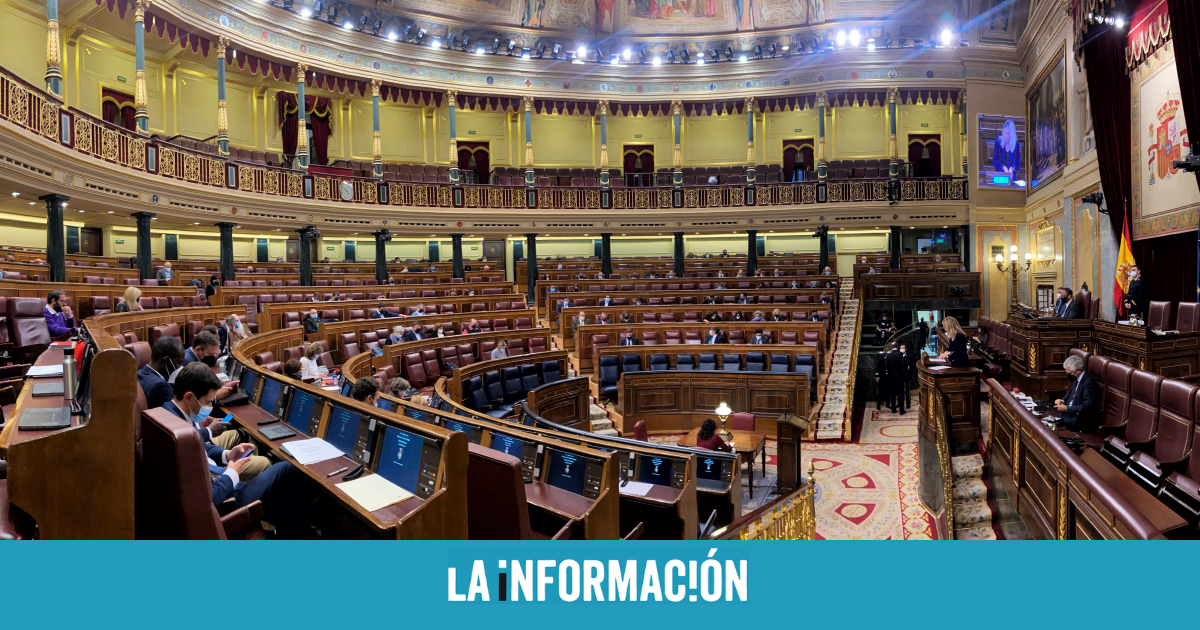 The agony of Spanish parliamentarism 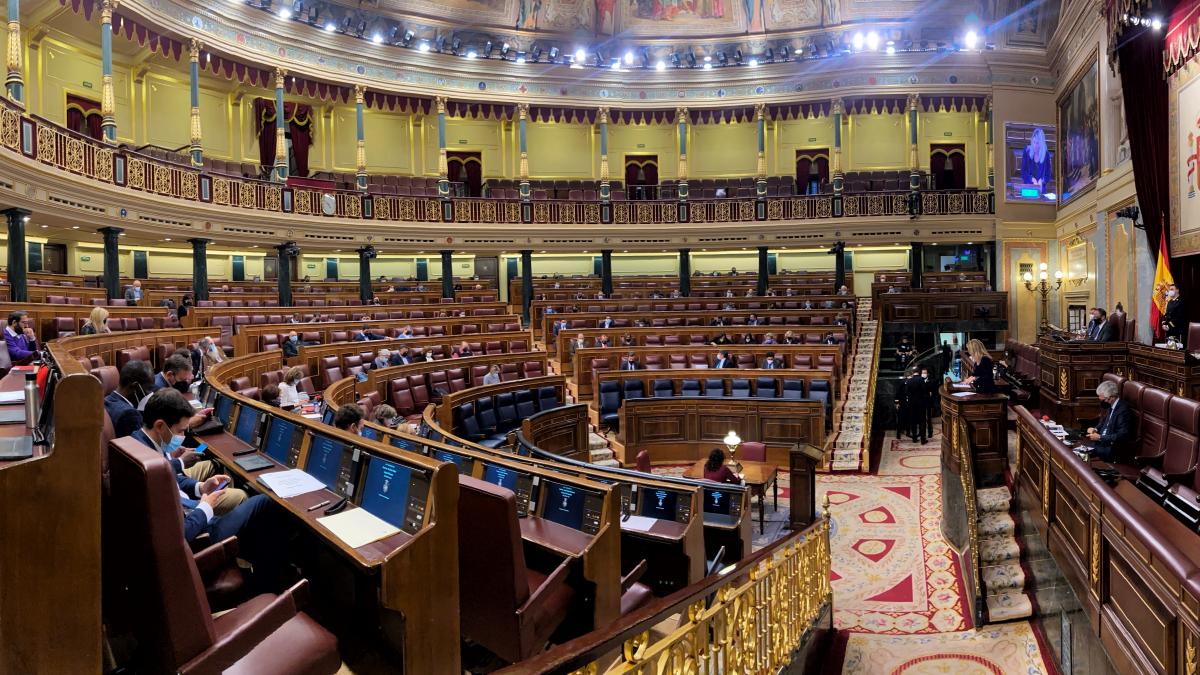 The two main functions of the Courts are the exercise of the legislative power of the State and the control of the Government’s action (article 66.2). Perhaps another day I will deal with the first although, according to well-informed sources, it is clearly improvable. In any case, I recommend reading “The vocation of our time for legislation and the challenges for the legislator.” It is a magnificent essay written by Ignacio Astarloa, one of the best lawyers in our country.

With regard to the second function -the control of the Government’s action-, it corresponds in a monopoly regime to the Congress of Deputies (article 108 CE). The congress does not lose its power to exclude in extraordinary states (alarm, exception and site), according to article 116.6 CE. However, both in periods of social prosperity and in times of public calamity (such as the one we have been going through for two years now due to the Covid epidemic), the control of the Government’s management It has not been the result of the constitutional mandate.

This function depends on the political situation. In the first two legislatures, which began after the elections of June 15, 1977, the work of the opposition against the Executives of the UCD was so “effective” that it contributed to the destruction of the stability of the governments of Adolfo Suárez and Leopoldo Calvo-Sotelo. The two governed with a minority support in Congress and were hostages of the guerrilla war Unleashed unceremoniously inside your party (the second adjuvant).

In the elections of October 28, 1982, the famous “socialist roller”. During four consecutive legislatures that ended in 1996, the absolute majorities of the PSOE gave no quarter to the opposition and Felipe González governed without disheveled hair, except for his last three years of “reign”, in which he needed the parliamentary votes of CiU. The same thing happened to Aznar in his first legislature (1996-2000), in which, at full speed, He received private Catalan lessons.

Although from March 2000 to the homonymous month of 2004, Mr. José María took his revenge and governed with the absolute majority of the PP. But the macro-attack of 11-M ruined his political life, although the kick in the buttocks was taken by his dauphin from Santiago de Compostela. Rodríguez Zapatero governed comfortably from April 2004 to November 2011. Then Mariano Rajoy did the same, who, until Christmas 2015, could read the “Mark” wrapped in his blue checked dressing gown and the sweet aroma of their Havana cigars.

In short, during the long and uninterrupted period of 33 years (1982-2015), Article 108 EC has been a beautiful fiction. and has not left the printed paper. The absolute majorities and the Regulations of the Congress (where the spokesperson is the good shepherd of the flock of his organization) have prevented any effective criticism of the Government of the moment. Congress has been and is a special guest in the political life of the country. parliamentary democracy and the separation of powers cannot work in a “party state”.

The elections held on December 20, 2015 were the swan song of bipartisanship. From that moment and to the present day, our party system has evolved from a two-color alternation even a mosaic drawn with all the pigments of the chromatic scale. The Executives (first the PP until the summer of 2018 and later the PSOE) have been backed by a parliamentary minority, even when they have formed a coalition government. the new stage seemed conducive to greater control of Parliament over the Government.

But everything has been left in the lurch due to the lack of education and democratic culture in Spanish society, due to the lack of a parliamentary tradition that would serve as a school for the new political formations, etc. Even the Government, more than governing, is dedicated to opposing the opposition (which, by the way, is very sick of coarse tremendousism and cynicism). In short: our democracy is a bullfighting democracy.

No, it’s not the chachachá’s fault and, almost always, the parliamentary pathology survives without the interested push of the Government. The Congress of Deputies itself is enough and enough on its own to do harakiri. Well we have seen it during the second state of alarm (the third if we compute the one that affected only the Community of Madrid). You will recall that the Council of Ministers, in the session held on October 25, 2020, declared the second state of alarm throughout the national territory. Its duration (15 days) was the maximum allowed by law.

Once the duration period had expired, the Government requested the Congress of Deputies the authorization of the extension of the state of alarm, which on this occasion contained two unprecedented measures: its duration (six months, from November 8, 2020 to May 8, 2021) and the designation of the presidents of the Autonomous Communities as “delegated competent authorities” in the field of your region. Among the reasons that, according to the Government, justified the extension of the state of alarm the serious increase in the incidence of the disease was counted, the adverse weather conditions and the alleged effectiveness of the “competent delegated authorities” when it comes to “modulating”, “making more flexible” or “suspending” the measures decreed by the Government.

By Resolution of October 29, 2020, the Plenary Session of the Congress of Deputies authorized the extension requested by the Government. He did so without nuances, reservations, amendments or additions to the text sent by him. Total silence and exit from the forum. At this point, it should be remembered that the state of alarm went from being a governmental act (in its origin) to constituting a normative act, with the rank or value of law through the authorization of its extension by Congress. In this case, Congress, with fundamental rights and public liberties at serious risk of aggression, signed a blank check to the Government renouncing its power of political control. I do not speak with rhetorical pomp. Nowhere is it written that Parliament is obliged to annoy, just because, the tenant of La Moncloa and make their decisions by chufla. However, the doctrine of the Constitutional Court (STC 183/2021) requires the Congress of Deputies to justify its resolution on the extension, with the expression of the arguments related to:

1.- The need to extend the state of alarm, once the original period of 15 days has expired.

2.- The establishment of the temporary period that, according to the deputies, is essential to reverse the health crisis.

3.- The origin of the measures to be applied in the extension time.

4.- The provisions that Congress must adopt to enforce its control over the Government’s actions during the state of alarm.

But not. Congress is a silken monkey that, obeying its master’s unspoken orders, kept its mouth shut. Ignoring that he represents popular sovereignty, he pressed the automatic button that raises the barrier to the excesses of the Executive. Congress has taken the wages of fear by allowing the creation of that polycephalic monster that goes by the name of “delegated competent authorities”. The monkey has knelt in front of her stewardesses.

It was completely unacceptable that the government measures of the state of alarm (articles 5 to 8 of RD 926/2020, partially modified by RD 956/2020) could be subject to “modulation”, “flexibility” or even “suspension”, remaining in the hands of instances outside Parliament, such as the health advisers of the Autonomous Communities, the regional assemblies, the conference of regional presidents or the Interterritorial Health Council. None of them, except manifest error of article 66 EC, represents the Spanish people. of trache! It is useless to maintain otherwise that the blank check was issued by a sufficient majority (of occasion). The majority principle cannot undermine the Constitution.

It is the exclusive responsibility of the Lower House to decide on “the scope and conditions in force during the extension, which includes fixing its terms” (STC 83/2016). That is: in addition to the negative control function of the Government, Congress acts as a legislator (positive function) in its authorization of the extension. Congress and not the Government, is the protagonist in the extension of the state of alarm. Otherwise, the rule of law declines. A supposed jeremiad that, due to its repetition, we usually take as a joke. Without noticing that only what is lost is cried.