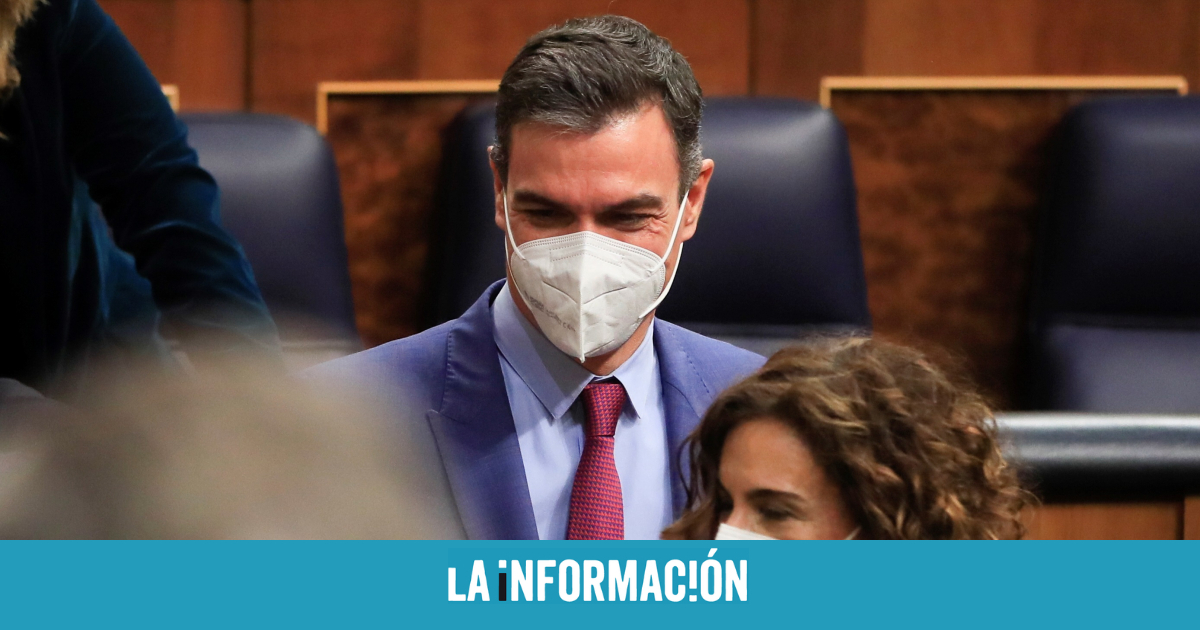 
The Spanish economy still has a long way to go before it reaches the same levels it had before the coronavirus crisis broke out. Although employment broke records in 2021, the growth of the gross domestic product (GDP) did not have the vigor that was expected, according to the forecasts of the different organizations and pending the data published by the National Institute of Statistics (INE). For this reason, the Independent Authority for Fiscal Responsibility (AIReF) has delayed the moment in which it calculates that the GDP will return to the levels precrisis and places it in the last quarter of this year. AIReF believes that the economy closed 2021 with an increase in 5.1% of PIB, compared to the 5.5% estimated in October.

The institution chaired by Cristina Herrero is not the only one that has delayed the moment when the recovery will be effective. The European Commission assumes that Spain will reach it in 2023, as does the Savings Banks Foundation (Funcas), which places it in the first three months of next year. The delay in the recovery has implications for the Government and above all for its fiscal policy. The Minister of Finance, Maria Jesus Montero, has reiterated on several occasions that the modernization of the tax system, that is, the tax reform, would not be carried out until the Spanish economy had recovered what was lost during the pandemic; therefore, the term of the Ministry of Finance could be shorter than initially planned.

Montero plans to carry out a fiscal reform in 2023, assuming that by then the economy would have been revitalized. For this, the Ministry formed a group of experts that must analyze the current tax panorama and make proposals. The Committee of experts for tax reform has until February 28, and as this newspaper published, it is expected to exhaust the days available to them. Once the Treasury has in its hands the White Paper for tax reform, the Government will analyze it and prepare its proposal, although there is still no calendar for these phases, according to sources from the Ministry of Finance.

The Government was counting on the fact that in 2023 the economy would have fully recovered from the coronavirus crisis and would have left behind the economic consequences of the pandemic and reached cruising speed. However, according to the forecasts of the different institutions, next year will be when the Spanish GDP manages to recover the levels prior to the pandemic. This leaves a scenario with little margin to the Government, at the gates of general elections that have to be called in the last part of the year and with a recently completed economic recovery. Taking into account the forecasts of Funcas or the European Commission and the intentions of the department of Montero, the hack fiscal It would arrive just when the economy has recovered what it lost and a few months before the Spaniards have to go to the polls.

“The tax reform will always be conditional on economic recovery,” Montero said in May, when he presented the Recovery, Transformation and Resilience Plan. In this sense, the minister assured that the tax reform could be delayed, but if the calendar is taken into account, the legislature could run out before the conditions that the Executive expects to implement the tax reform were met.

Although it is unknown what the deliberations of the expert committee for tax reform will be, which will serve as the basis for the Government to design a new tax scenario, they cannot be ruled out new tax figures linked to digitization or the green economy, such as the diesel tax, which Moncloa has ruled out including in previous budgets. Also on Montero’s agenda is the harmonization of the Wealth Tax, to avoid tax competition between autonomous communities and throughout the legislature, the head of the Treasury has emphasized that “each one contributes according to their capacity and receives according to their need” .

In the presentation of the committee of experts, the Ministry of Finance left the door open to “carry out specific fiscal adjustments if it considers it appropriate, in line with the measures adopted so far.” Until now, Montero has already carried out the establishment of a minimum rate of 15% in the Corporation tax and the taxes levied on financial transactions (Tobin Tax) and certain digital services (Google). However, the Regulatory Plan -the document that includes the legislative or regulatory initiatives that the Government will promote during the year- does not include any measure that implies a tax increase or the creation of any new tax.