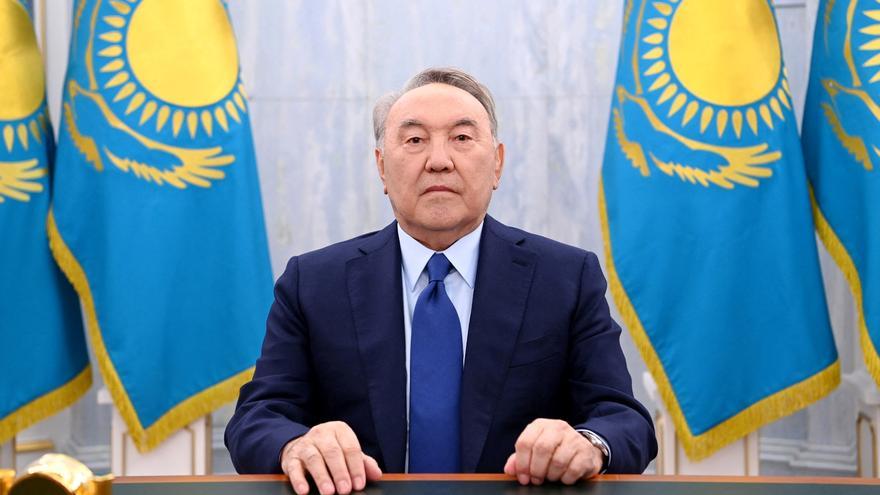 
it took two weeks to break its silence, a period in which Kazakhstan has been rocked by unrest unprecedented in its short history as independent nation. But finally, the former Kazakh president, Nursultan Nazarbayev, has reappeared this Tuesday before the public eye to deny the rumors that he had fled the country, and incidentally ask the public to support the current head of state, Kassim-Jobart Tokáyev. “I am a retiree,” he insisted.

“I have handed over my presidential powers to the president Kassim-Jobart Tokáyev in 2019 ….. I live retired in the capital of kazakhstan and I haven’t gone anywhere,” Nazarbayev said. Despite his words, the former president was still presiding over the National Security Council and was still an object of worship, as evidenced by the fact that the capital of the country, Astana, was renamed after him, Nur-Sultan.

Conflict in the elite

The former Kazakh strongman wanted to deny that the disorders experienced in the country since the beginning of the year were caused The instrumentalized by his relatives against the current head of state. “There is no conflict or confrontation within the elite; the rumors about it are unfounded,” he insisted. And this, despite the fact that one of his closest friends, the former head of the security apparatus, Karim Masimov, has been removed from his post and accused of treason, and despite the fact that three of his sons-in-law have been relieved to head state enterprises The lobbyist institutions.

Nazarbayev has ruled Kazakhstan continuously since independence. During the three decades in which he monopolized power, his relatives and relatives have monopolized political positions and positions in mining or hydrocarbon companies. In an intervention before the Parliament, Tokayev has proposed a new social contract with the citizens and has strongly recommended the most productive companies in the country to contribute to a fund dedicated to improving Health and the Education in the country.