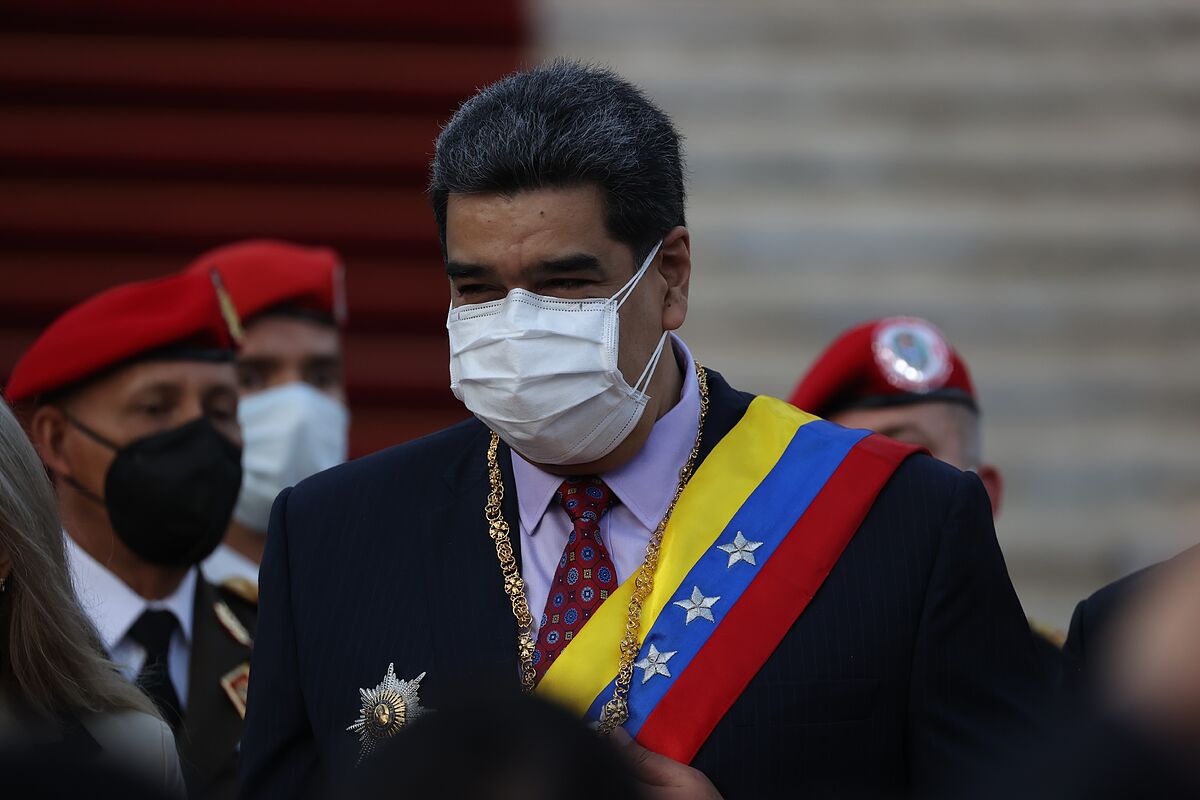 If the signatures are collected, a referendum will be held, in which more than five million people will have to vote. That day it would not be enough for the yes to win the recall, it should also exceed the votes reached in 2018 by Maduro: 6,245,862

The new National Electoral Council (CNE) surprised Venezuela tonight (early morning in Spain) by expressly approve three requests to start the recall referendum process (RR) against Nicholas Maduro. “Once the origin of the requests has been declared, the National Electoral Board must now prepare a schedule for the collection of these wills,” the CNE said in a statement. The referendum will only be held If the sponsors collect around 4 million signatures, equivalent to 20% of those registered in the electoral registry.

The opposition groups that promote the recall against Maduro are not part of the main parties of the Democratic Unity, They even come from different political families. These are the Venezuelan Movement for the Recall (Mover), Todos Unidos por el Referendum Revocatorio, the National Executive Committee of Confedejunta and the National Democracy Committee. The main leaders of these groups and small groups of followers appeared on Monday morning at different CNE regional meetings to insist on their request.

If the signatures are collected, a referendum will be held, in which more than five million people will have to vote. that day It would not be enough for the s to win the recall, It should also exceed the votes reached in 2018 by Maduro: 6,245,862.

“Those who want change have here a tool to fight for its achievement. To fight,” stressed the former opposition governor Cesar Perez Vivas, in front of Move.

The speed with which the CNE has admitted the initiative for approval immediately caused the suspicions in the opposition, also divided on the advisability of forcing this process. It has also been surprising that the CNE has avoided one of the procedures that was carried out in 2015, such as the initial collection of 1% of the signatures.

In favor of the conveners is the national weariness before the revolution, as the polls confirm since Maduro came to power in 2013: between 74% and 84% of citizens want the Maduro government to end in the current year.

On the contrary, the little enthusiasm that is breathed in the main opposition parties before what is considered to be a new chavismo trap. “It does not represent any risk for the dictator, he aborts it whenever he wants,” warns political scientist Georg Eickhoff.

A large part of the opposition bloc is committed to prepare the fight for the presidential elections of 2024, with primaries and renewal of leadership. They also fear that Maduro will take advantage of the process to achieve the same thing he has been seeking since the electoral fraud of 2018: to legitimize the usurped presidency.

The Bolivarian Constitution included the mid-term recall referendum as one of its main political innovations. At the presidential level, it was carried out for the first and only time in 2004 against Hugo Chvez, who emerged triumphant with the support of 59% of the voters and under a cry that became his campaign motto and that later accompanied him in all his electoral duels: “Uh, ah, Chvez is not leaving!”

However, Maduro block between 2016 and 2017 the recall that surely would have removed him from power, then headed by former presidential candidate Henrique Capriles. It was enough with the intervention of the CNE at the time, who delayed for months the collection of 20% of the signatures, and some Chavista judges, who invented that part of the signatures were false. The Supreme Court of Justice (TSJ) hammered home the task, as is customary in a revolution. The enthusiasm of the opposition ranks in the first collection of signatures predicted a new majority at the polls, as had already happened in the 2015 parliamentary elections.

The current rector of the CNE Enrique Marquez has already anticipated that “there will be many complications along the way” of the RR. “But we will move forward,” replied Ncmer Evans, a former Chavista leader. Among those who promote the RR is also the deputy Amrico de Grazia, who attended the last regional elections with the support of collaborating parties with the government.

The Constitution establishes that she would be the vice president Delcy Rodrguez who would assume the provisional command of the country if Maduro is revoked in the referendum. Depending on the date, the legislature will be exhausted or new elections will be called.

In his speech to the nation last Saturday, Maduro announced to the country that he is already working on a plan that would take him as “president of the people” until 2030. Last year, the “son of Chvez” invited the opposition to collect signatures, brandishing the Magna Carta, without remembering the blockade he ordered in 2016.