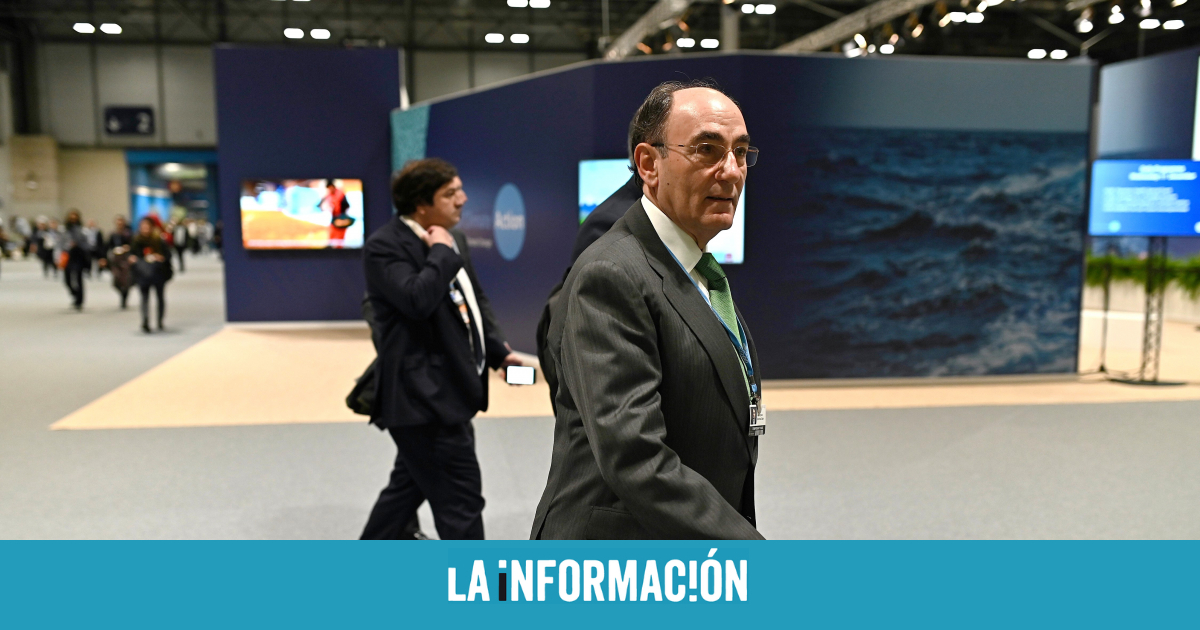 
The key day arrived. The president of Iberdrola Ignacio Sanchez Galan declares this Tuesday before the judge of the National High Court Manuel Garcia Castellon for his alleged involvement in the hiring of retired commissioner José Manuel Villarejo for the development of alleged espionage to businessmen, such as Manuel Pizarro The Florentino Perez, or to groups of environmentalists and union representatives that could harm their businesses. The head of the electricity company faces half a year after his indictment for the crimes of bribery, forgery in a commercial document and against privacy, the statement that will mark his judicial future in the macro cause ‘Tandem’ and arrives at the National Court with the support of the statements of the directors who They have disassociated themselves from the alleged irregularities in the orders that were made to the former police officer.

Former CEO of Business Francisco Martinez-Corcoles and the former chief of staff of the Presidency Rafael Orbegozo have opened this Monday the round of statements by Iberdrola’s senior management at the time of the contracting of the Cenyt Group. According to legal sources present at the appearances, both have highlighted their little or no intervention in the hiring of the commissioner’s companies as security and intelligence service provider. In this way, they have paved the way for the president of Iberdrola, who will stand before the judge and the Anti-Corruption prosecutors after they have listened to his ‘number two’ and the one who was his adviser. However, before the appearance of Sánchez Galán, the appearance of the former president of Iberdrola Spain Fernando Becker, about which we will have to wait to see if he follows the trend of the managers who have preceded him in the National Court or, on the contrary, reveals some unexpected detail.

The head of the Central Court of Instruction number 6 charged Sánchez Galán on June 23, considering that there are indications that he knew “exclusively”, and in some cases also his former leadership, that the services in charge of the undercover agent, who then was still active in the National Police, they were “hidden by manipulating the concepts that were made to appear”. The judge made such a statement based on the statement of one of the key defendants in this line of investigation, the former head of Security Antonio Asenjo, who acted as an intermediary between the retired commissioner and the electric company. This former director admitted responsibility for contracting the Cenyt Group and alteration of invoices to bypass the internal controls of the Ibex 35 company, although he stressed that Sánchez Galán had no knowledge of this matter.

Legal sources close to the case emphasize that Sánchez Galán will only have to demonstrate that, as president of the first energy group in Spain, could not be in the day to day of the acts of each of the directors of the multinational. It should be remembered that Judge García Castellón agreed last July to dismiss in the ‘Tándem’ case of the top managers of Repsol, Antonio Brufau, and the La Caixa Foundation, Isidro Faine, by ruling out the existence of indications that the hiring fell within the “sphere of control” of the presidents and pointing out that the “obligation of supervision and corporate surveillance” is delegated to the competent bodies for it.

Likewise, another of the pieces of evidence that has served as the basis for the Anti-Corruption Prosecutor’s Office to request the indictment of the president of Sánchez Galán, and for the judge to order the summons as investigated, is one of the latest reports from the Internal Affairs Unit (UAI) of the National Police about the analysis of one of the conversations that the retired commissioner had with Asenjo. From them it can be deduced how Villarejo alluded to Sánchez Galán as “the boss”, “the gentleman” The “Don Ignacio” with the intention of knowing the assessment that the leadership made of their work and getting more money for them. Legal sources close to Iberdrola stress that these recordings show that the former police officer tried to involve senior management, which will make it difficult to sustain an accusation against the president of the company before the judge.

Doubts about the key test

For now, the judge has given some relevance to the testimony of another of the former directors who is being investigated in this proceeding, but who keeps a role of ‘key witness‘: the former head of Corporate Control, Jose Antonio del Olmo, which produced a report in 2004 that points directly to the alleged knowledge that Galán and his leadership had of the irregular payments to Villarejo. Because Iberdrola has not located said document, which was placed in the hands of the magistrate of the National High Court in December 2019, has opened an intense legal battle against the former ‘controller’ presenting various complaints and lawsuits in court, becoming one of the main ‘enemies’ of the company. In fact, as a result of one of these legal actions undertaken through criminal channels, Del Olmo is summoned this Tuesday to testify in the Court of Instruction number 9 of Madrid, coinciding with the appearance of Sánchez Galán in the National High Court.

In this case, the president of Iberdrola also has the version in favor of three other directors of the Basque multinational accused almost from the beginning of the opening of this seventeenth separate piece of the ‘Tándem’ macrocause. The head of Risks and Internal Assurance of Iberdrola, Juan Carlos Rebollo; the Director of Control Administration, Paul Insunza; and the ex ‘number two’ of Iberdrola Jose Luis San Pedro, declared in November 2020 before Judge García Castellón and crossed out Del Olmo’s accusation as false. Furthermore, they signed a declaration stating that they had never seen or had any kind of knowledge of the existence of said report.

This thesis was joined this Monday by the former General Director of Business, in whose statement as investigated has questioned the veracity of the key evidence on which the accusations are based. Francisco Martínez-Córcoles has indicated before the Anti-Corruption judge and prosecutors that he does not understand why Del Olmo includes his name in the report and links him to the hiring of Villarejo, since at that time did not have any competence in terms of checking and approving invoices, since in 2004 he was responsible for Generation at Iberdrola.

On the other hand, Sánchez Galán will be able to rely on what was stated by Rafael Orbegozo to refute the hypothesis that the leadership knew of the manipulation of Villarejo’s invoices. The former head of the Presidency’s Cabinet has assured that the only relationship he had with the services provided by the retired commissioner was the visa of two invoices related to the commissioning of some security services for some trips. He explained that for this he checked in the president’s agendas, to which he had access due to his position, that said displacements had taken place. In this regard, he highlighted that I had no knowledge of the falsity of the concepts, for which he has insinuated that he too would have been deceived if this really happened as Asenjo confessed. The investigators believe that in reality both invoices would have been framed in what the retired commissioner called ‘gypsy project‘ Y ‘posy project‘, which would have dedicated themselves to investigating, on the one hand, the former director of Iberdrola Jose Maria Alvarez Vazquez upon suspicion of possible payments of illegal commissions; and, on the other hand, to the president of ACS, Florentino Perez.