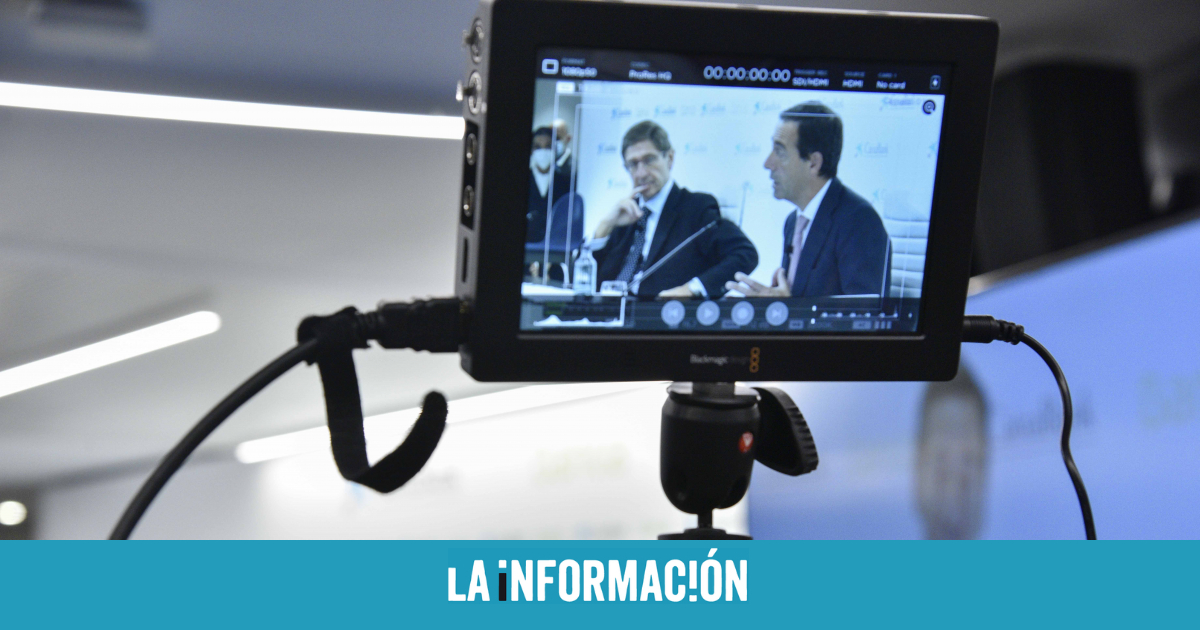 
Banking has started stomping on the stock market in 2022. And of all banking, caixabank, owned by the State after the merger with Bankia just nine months ago, it became the virtual leader of the Ibex 35, a Spanish stock market reference, with its best month of January since 2011. Its shares are revalued by 20% in the middle of the month, they are already trading above 2.9 euros and once again exceed the level they had when the merger of both groups was executed in March 2021 to create the largest banking franchise in Spain .

The new Caixabank has thus slipped into the ‘top 10’ of the Ibex 35 by market capitalization, with 23,456 million euros, thus surpassing other companies such as the airport manager Aena, its subsidiary Telefónica and the electricity company Endesa. Its price is ahead of the rest of the sector in Spain with the aforementioned 20% increase accumulated in 2022. Sabadell follows in its footsteps with 16%, while Bankinter scores 14%. It doubles the revaluation of BBVA (+10%) and almost triples that of Santander (+7%).

The main beneficiaries of this behavior are the promoters of the megamerger: CriteriaCaixa, which holds 30% of the capital, and the Condition, which through BFA and the FROB controls 6.5%. Their holdings are now worth 62% more than when the merger was announced in September 2020 and 12% more than when it became effective just half a year later. Specifically, the State has seen how the value of its minority percentage of 16.1% stands at 3,780 million euros, 390 million more than when it had a majority weight (61.8%) of Bankia before its sale.

Although the State will never recover all of what was invested in the rescue of the old savings banks, as it has recognized on several occasions, its other source of profitability comes from the recurring dividend that it will collect again in the coming months and that suffered a parenthesis during the pandemic. The union of Caixabank and Bankia began to distribute profits in May 2021 with a payment of €216 million (0.0268 euros per share), of which 34.8 million went to BFA and another 64.8 million to the Fundación La Caixa holding company. The figure will skyrocket in 2022.

The entity, which presents its annual results on January 28, plans to ‘normalize’ the distribution of dividends this year after the 2020 and 2021 restrictions promoted by the European Central Bank (ECB) as a preventive measure in the face of the crisis. In the case of the bank they co-manage Jose Ignacio Goirigolzarri, president, and Gonzalo Gortazar, CEO, the promise is to distribute 50% of the recurring profit, that is, what you earn excluding the extraordinary goodwill -which has a positive accounting impact- and of the downsizing costs, which is negative.

That goal will the distribution of around 1,300 million euros in 2022 taking as reference the 0.16-17 euros per share estimated by analysts for the new Caixabank. In this way, the new bank will recover the proforma levels of dividends that both financial groups had in 2019, before the pandemic. From them, Criteria will pocket close to 390 million, while the state will pocket just over 200 million if the forecast is met. The final figure is pending the 2021 account adjustments that the entity is still finalizing and that it will present in ten days.

Under the Brussels guidelines, the Government maintains as a limit the goal of December 2023 as the end point to its stage as a shareholder of Caixabank. If so, you must sell within two years. In February 2014, the State sold 7.5% of Bankia for 1,304 million and in December 2017 another 7% for 840 million. Its current participation is worth 3,780 million today on the stock market, while ordinary dividends between 2022 and 2023 could reach 500 million. In this way, the FROBwould recover up to 7,600 million, a third of the rescue of public money used in the rescue between its nationalization in 2012 and its reorganization in 2013.