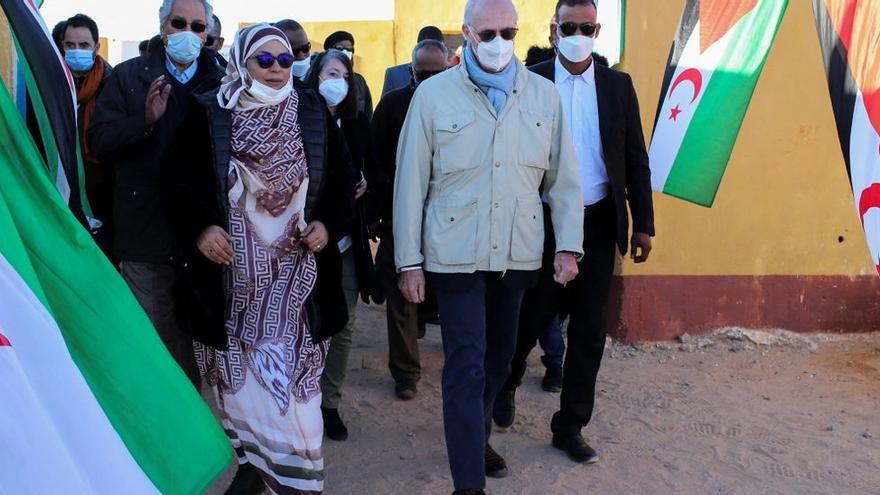 
U.S puts conditions on its close and long-standing friendship with Morocco. The National Defense Authorization Act, validated for 2022 by the US president, Joe Biden, makes the granting of aid and military financing conditional on Rabat’s commitment to the search for a “mutually acceptable political solution in Western Sahara”. The way out of this dispute is a pending issue that has dragged on since the green march, in 1975.

Biden’s defense budgets establish that the White House will not be able to finance the participation of Moroccan forces in multilateral exercisess organized by the Pentagon, unless Rabat shows a real intention to reach a peace agreement with the Sahara. Thus, it is possible that Morocco will be left out of the largest military exercises carried out annually by the US Army in Africa, the maneuvers African Lion, which take place off the coast of the Canary Islands.

Last year, the American Sixth Fleet -the unit of the US Naval Forces in Europe-, was deployed some 100 miles east of the eastern end of the Archipelago and an American aircraft carrier carried out test flights within Spanish airspace, less than 50 miles northwest of La Graciosa. In 2013, the United States also rejected Morocco’s participation in these maneuvers in the face of protests in Rabat over the White House’s support for a human rights monitoring mandate in Western Sahara, which was part of the UN mission to maintain peace in the territory.

Another sign of Biden’s distancing from former President Donald Trump’s policies on Morocco is that, in October, the US Senate approved a bill that prohibits allocating funds allocated to Western Sahara to the opening of a consulate in Dakhla. In this way, one of the promises of the former president is neutralized, who recognized Moroccan sovereignty over the Sahara and promoted the possibility of opening a consulate in Saharawi territory as a sign of his support for Rabat.

The decision to condition military aid to Morocco satisfies the congressmen who demanded that the current Executive revoke the recognition of Moroccan sovereignty over Western Sahara. A demonstration that no European country supported, despite pressure from Morocco.

Madrid’s rejection of this frustrated desire of Rabat and the entry into Spain of the leader of the Polisario Front, Brahim Gali, “for humanitarian reasons”, they put pressure on bilateral relations Morocco showed its discomfort by using migratory pressure as a political tool. In May, it facilitated the arrival by swim to the coast of Ceuta of nearly 10,000 people, many of them unaccompanied minors, which led to a serious humanitarian crisis on the border.

Since then, Spain has done everything on its part to restore good relations with Morocco, which called its ambassador in Madrid, Karima Benyaich, for consultations in the midst of the migratory and diplomatic crisis, and has not yet returned to her office. In addition, the President of the Government, Pedro Sánchez, dismissed the then Foreign Minister, Arancha González Laya, manager of Gali’s entry into Spain.

Sánchez affirmed yesterday that Morocco is a “strategic partner” with which Spain has to walk “over the coming months and years” and thanked the “collaboration and cooperation” between the two countries. The President of the Government endorsed the words pronounced by King Felipe VI, who during the reception for the diplomatic corps encouraged Morocco to “walk together” with Spain to “begin to materialize the new relationship” on “stronger and more solid pillars” and with the desire to “find solutions to the problems that concern” both countries.

The words of the monarch connect with the message that Mohamed VI spoke in August, when he expressed his desire to continue working with Spain in order to “open an unprecedented stage in relations”, based on “trust, transparency, mutual consideration and respect for commitments”.