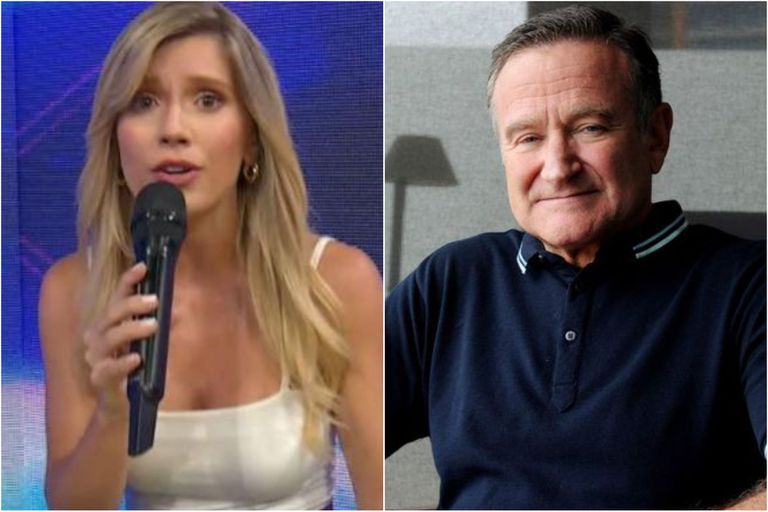 This time yes!: a participant of Welcome on board left everyone speechless for his great resemblance to Robin Williams


Welcome aboard (eltrece) It’s known for its wacky games, its host’s hilarious jokes, and for being the setting for some of the most ridiculous moments on television. Whether by contestants who are dressed as some strange character or by the chicanes between Guido Kazcka and his companions, the fragments of the game contest usually go viral on social networks. But by far the segment that gained the most popularity is that of similarities, especially since it rarely happens that a contestant actually looks like the celebrity in question. But, in the latest edition, this changed.

The program conducted by Kackza -who was currently replaced by Laurita Fernández- served as the stage for a long list of misunderstandings and all thanks to the game of the doors. It consists of the contestants, either because they sign up themselves or because they are signed up by an acquaintance, they go to the studio and claim that they look like some famous person. This can be from a renowned athlete, an influencer or even a political figure. Once in front of the cameras, the driver and her assistants must guess who it is.

The problem with this challenge is that it is not very common for the person who shows up to play it to be really similar to who they say. Thus, there were many awkward moments. For example, the day Guido Kaczka thought he was facing the singer’s impersonator Vilma Palma and Vampires but, in reality, it was Brad Pitt. Or the program in which Francesca, one of the attendees, swore and perjured that the participant was a double of Néstor Kirchner when the man had signed up as the double of actor Dustin Hoffman.

There are thousands of examples of these events. On the contrary, it is very rare that someone is recognized by all as soon as he walks through the door. Usually, before finding the right option, there is a series of back and forth, a couple of debates and several wrong answers.

However, in Tuesday’s episode something happened that very rarely happened. The participant entered and those present immediately knew who he was.

With a sweet smile, clear eyes framed by a pair of drooping eyelids and a very particular nose, a Quilmes resident looked like the spitting image of Robin Williams. The man stood in front of the cameras and clarified that, no matter where he goes, they always emphasize that he is the same as the actor. The emotion generated by his presence was doubled by the fact that many recalled that the artist, known for films such as Mrs Doubtfire, The Dead Poets Society Y Patch Adams, took his own life in 2014.

Robin Williams, throughout his entire career, was in charge of bringing a smile to everyone who watched one of his movies or series. At the same time, he was quietly battling depression and anxiety, but the early stages of the degenerative disease were too much for him. He was just 63 years old.