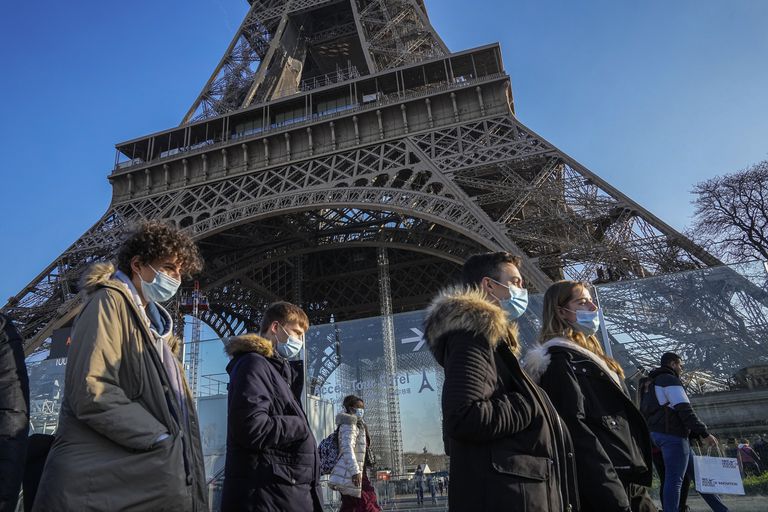 To travel through France you will have to have a new pass: what it consists of

Amid the growing number of cases of omicron variant, who already marked contagion record In France, the government of Emmanuel Macron tightened restrictions to prevent the spread of the coronavirus and approved on Sunday a new law that provides for the replacement of the health pass by a vaccination pass. In this way, the country requires its citizens and all those who want to use transportation, enter bars, restaurants or even participate in cultural events, to present a complete inoculation certificate.

“Parliament adopted, after 2 weeks of debate, a 12th piece of legislation regarding the management of the health crisis. With the vaccination pass, France has a new tool to protect our fellow citizens,” French Health Minister Olivier Véran said on Sunday.

approval, for 215 votes in favor and 58 against, It came after more than two weeks of debate between the National Assembly and the Senate. According to local media, the Government wants the new law to come into force from next week.

While it is not currently necessary to be vaccinated to enter France, the new pass will apply to anyone entering a facility open to the public.

The new regulation reaches all tourists, therefore also Argentine travelers who are in France or plan to go, who must present a complete vaccination certificate to move within the country and participate in cultural events or enter venues, bars and restaurants, for example, starting next week.

In any case, the French embassy in Argentina has not yet specified how the new measure will be carried out, nor has it been detailed what will happen to those people who are vaccinated with doses that the country has not yet recognized, such as the case of Sputnik-V.

According to France 24, the sanctions will also be tougher for those who are discovered with a false vaccine passport, who may be sentenced to a maximum of five years in prison and a fine of 75,000 euros. As the local media specified, some people who were still not vaccinated had opted for this maneuver, but with the new regulations the risk will now be extremely high.

The new bill comes after the French president earlier this month expressed his anger against the anti-vaccine movements, whom he criticized for their “lack of morals” and “irresponsibility” and accused them of trying to “undermine the solidity of a nation.”

“When my freedom threatens that of others, I become irresponsible. An irresponsible is no longer a citizen”, Macron fired at the beginning of January, in an interview granted to the media The Parisian.

“I am not here to anger the French,” Macron admitted in the first instance, although he clarified: “Well I really want to piss off the unvaccinated and we’ll keep doing it until the end, that is the strategy”, declared the president, who at that time had defended the idea of limit “as much as possible” the access to leisure of these people.

“I am not going to put them in jail, I am not going to vaccinate them by force. We must tell them that as of January 15 they will no longer be able to go to a restaurant, go for a coffee, or go to the theater, or to the cinema”, Macron had highlighted.

The government wants the instrument to enter into force this week in order to try to contain the omicron variant, which is causing more than 300,000 daily infections in recent days.

The French Parliament has given this Sunday its final approval to the law that transforms the covid certificate until now in force into a vaccination passport that will only allow access to closed public places such as bars, restaurants, museums, cinemas or interregional transport to people who have completed their vaccination schedule.

From January 15, 2022, all people over 18 years and one month must have received their booster in time to keep their vaccination record active in the “health pass”. Beyond these deadlines, your old vaccination certificate is considered to have expired and is no longer valid. A bill to transform the “health pass” into a “vaccination pass” is currently being studied. It also intends to tighten the control and sanction conditions against false “passes”.

The French president and his Executive carried out this new document in the midst of a wave of cases that have registered record numbers throughout France.