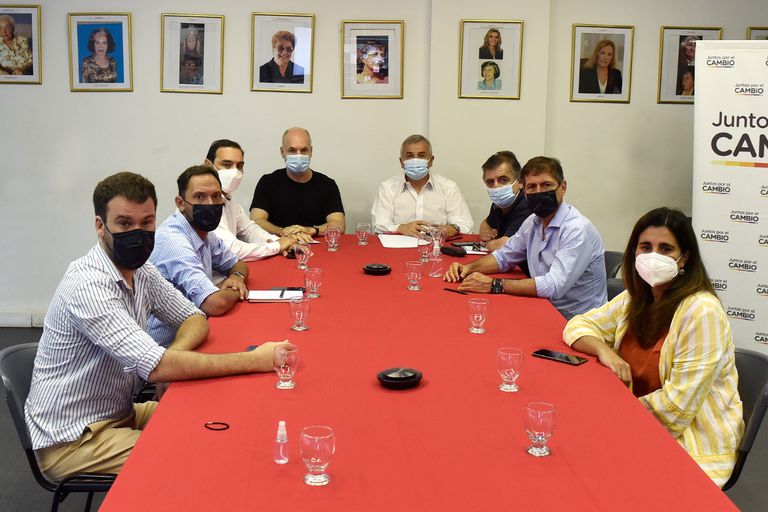 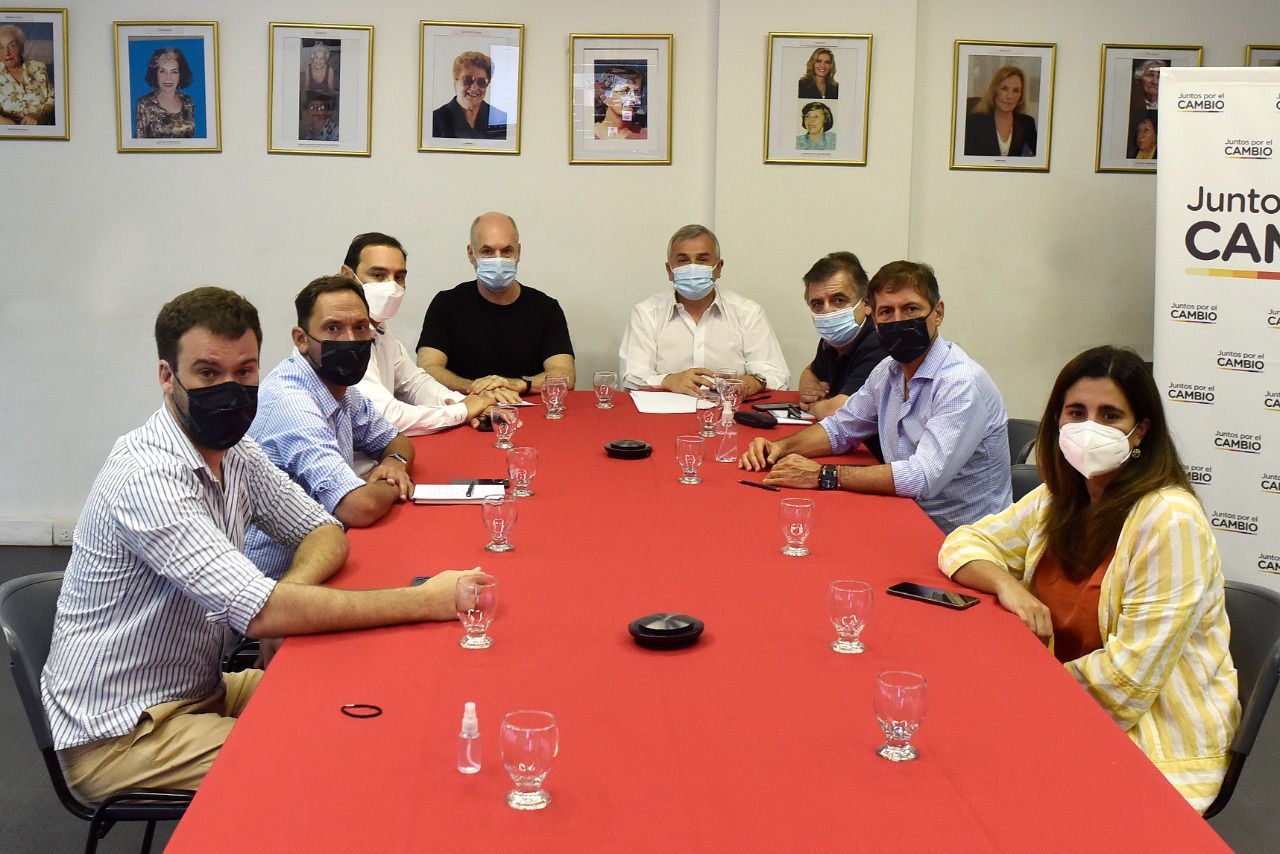 After the failed meeting with the Government over the debt, the highest authorities of Together for Change (JxC) today closed the door to a possible rescheduling of the exhibition by the Minister of Economy, Martin Guzman. They decided to distance themselves from the Casa Rosada negotiation with the International Monetary Fund (IMF) for the debt and ask an economic plan, which “favors” investment and job creation.

“We need a serious agreement without improvisation for the good of all of Argentina. When there is a letter of intent with the IMF, its treatment in Congress must be transparent with all political forces and with the people,” the opposition coalition said in a statement.

In the statement, the opposition leaders stressed that JxC “has always shown signs of collaboration and responsibility for the achievement of international financial agreements.”

The Government managed to align positions in JxC. The president’s decision Alberto Fernandez and the Minister of Economy, Martin Guzman, to suspend the meeting between the head of the Palacio de Hacienda and the highest authorities of the opposition coalition to inform them about the status of the negotiation with the Fund aroused strong discomfort in all aspects of the space. It is that both the referents of the moderate wing, who advocated in the internal debates to facilitate a dialogue with the Casa Rosada about the debt, as well as the heads of the most extreme sectors of the opposition conglomerate, launched a battery of criticism against Fernández and the Minister of Economy for the suspension of the meeting.

“Guzmán does not want to account for the adjustment that he agreed with the Fund”, the governor of Jujuy roared yesterday, Gerardo Morales, who had negotiated with the President the meeting with the leaders of JxC.

After the frustrated summit with the Government due to the debt, the national leadership table of the main opposition coalition met this afternoon at the headquarters of the UCR committee to define the next steps of JxC. It is that the original reason for the meeting was to debate the position that the representatives of the opposition would take to Guzmán’s exhibition. Frustrated the presentation, the hierarchs of the force decided to keep the meeting standing.

Although the conclave was in person, several opposition leaders will participate in the discussion via Zoom. Minutes before 12, Morales, Gustavo Valdes (Corrientes) and the head of the Buenos Aires government Horacio Rodríguez Larreta entered the building of the centenary party. Also attending are Mario Negri (UCR), Louis Naidenoff (UCR), Maximilian Ferraro (CC), John Manuel Lopez (CC) and Maricel Etchecoin (CC).

The call for the Government’s dialogue for the negotiation with the IMF had divided waters within JxC. After being anointed as president of the UCR, Morales took the lead in efforts to unify positions between “hawks” and “doves”, and get Fernández and Guzmán to grant exclusive exposure to the authorities of the main opposition coalition. In JxC they suspected that the Casa Rosada was looking for a “photo” with the opposition in the final stretch of the fight with the IMF. For this reason, Larreta, Morales, Valdés and Rodolfo Suárez (Mendoza) did not go to the exhibition that Guzmán gave at the Bicentennial Museum before the governors. In Pro, the UCR and the CC argue that the dialogue with the ruling party must take place in Congress.

After several comings and goings, the leadership of JxC confirmed that they would attend the “exclusive” meeting with Guzmán to learn about the negotiation with the IMF, but they conditioned their support on the Government presenting an economic program and the goals that it discusses with the organization. international. They demanded that the Minister of Economy present “concrete and substantial” information about his plan and a “letter of intent” of the agreement with the IMF. They also want to know if the Casa Rosada has a plan B in case it fails to close the deal.

As the days went by, the possibility of Guzmán meeting with the bosses of JxC lost strength. The change of venue that the President himself ordered on Friday – he said that it would not be in Congress, as he had agreed with Morales, but in the headquarters of the Palacio de Hacienda – put the presentation in check. It is clear that the opposition wanted it to be in Parliament, with the governors and the heads of the blqoues. The CC, even, struggled so that all the spaces with parliamentary representation attended. During the weekend, the JxC authorities remained in suspense waiting for an official confirmation. But yesterday the emissaries of the Frente de Todos confirmed to the Cambiomite referents that the meeting with Guzmán was not taking place. The move by the ruling party generated outrage in the ranks of the opposition, especially among the moderates who demanded openness to dialogue between their partners.

“Minister Guzmán does not want to show the adjustment that he will propose to the IMF. Faced with the worrying indebtedness of the country, from the opposition we choose to have a responsible attitude, aware of what this implies for the people. Unfortunately, the government suspended the dialogue,” Morales said.

The man from Jujuy suspects that the Economy Minister did not want to reveal details of a supposed proposal that would elevate the organization during the next few hours. Last night, Guzmán met with Cristina Kirchner.

For its part, Patricia Bullrich (Pro), who suspects that the Casa Rosada does not intend to close an agreement with the IMF, launched: “This is a government with a closed book model. They talk to themselves,” he said. And he added: “We ask for information and it is clear to us that they only want approval with submission. And that is what we are not going to allow.”

Meanwhile, the force of Elisa Carrio He demanded “a serious agreement without improvisation for the good of all of Argentina and so that things do not get worse.”

“If there is a letter of intent in agreement with the IMF, its treatment in Congress must be transparent with all political forces and with the people,” said Ferraro, head of the CC.

Larreta, who expected Guzmán to present details of a plan and an eventual agreement with the Fund, reiterated today that the President must show an economic program. “The economic plan is more important than the meeting. We were willing to participate with all the governors”, said the Mayor of Buenos Aires, after the suspension of the meeting.

“The most worrying thing is that there is no economic plan that indicates how we are going to have a more even and federal development throughout the country,” he added.