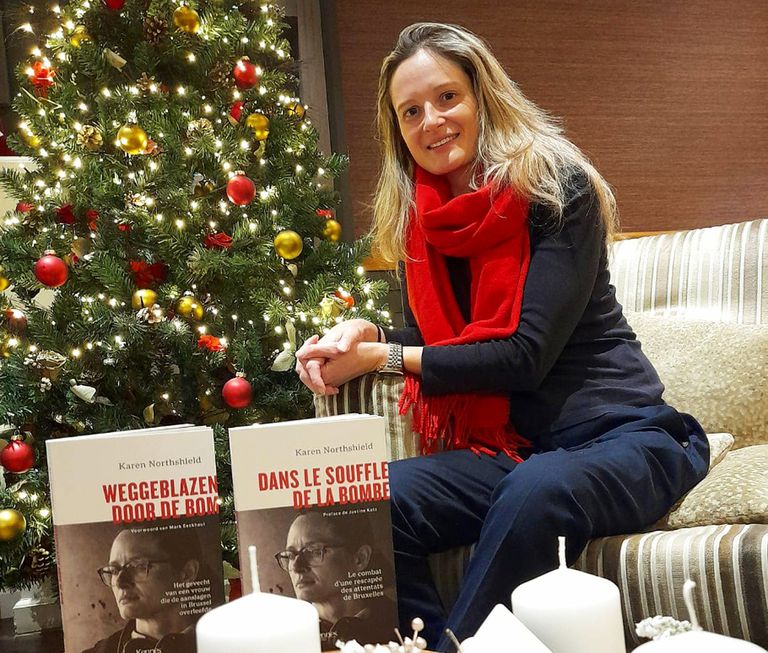 Viruses that kill bacteria. How did one woman manage to overcome one of the most resistant infections known?


MADRID.- March 22, 2016 Karen Northshield, 30, was at Brussels airport when a bomb exploded a few meters away. It was an Islamist terrorist attack in which 35 people died including three of the suicide perpetrators of the massacre. Today the amazing scientific account of how Northshield managed to save life is published. It was thanks to an experimental treatment with viruses that they allowed to end an infection by a bacterium that had become resistant to all antibiotics, a global problem that each year kills more than a million people around the world.

After the explosion, Northshield was rushed to the Erasmus Hospital of the Belgian capital. His heart no longer beat. The doctors managed to revive her. Part of her hip was amputated and they performed an emergency operation to save her leg. Four days later, when the situation seemed stabilized, the real hell began: a bacterium of the species Klebsiella neumoniae it had infected his left thigh and was not responding to treatment with any of the existing antibiotics. The doctors realized that this microbe could be more dangerous to Northshield’s life than the bomb that almost killed her..

The bacterium that had infected this patient is part of ESCAPE, the group with the six species of antibiotic-resistant microbes more dangerous, according to the definition of the World Health Organization (WHO). These microorganisms pose one of the main threats to global health. The WHO estimates that these infections that occur in hospitalized patients will kill 10 million people a year by 2050. There are three times more deaths than all those caused by covid in 2020.

“I was on duty in the ICU when this patient arrived and I took care of her for three years, two of treatment and one of rehabilitation,” recalls the doctor Anaïs Eskenazi, first author of the study that describes in detail how they managed to cure Northshield. The story is chilling: five operations, including the removal of part of the stomach and spleen, autologous tissue transplants and, finally, that infection that did not go away during four months of treatment with all the existing antibiotics.

After a few months of doubts, the medical team decided to resort to an experimental treatment that is usually used as a last resort: use viruses specialized in killing bacteria to fight infection. First, we had to look for the best viruses against this bacterium, something that is not easy, since bacterial viruses, or phages, are the most numerous biological entity on Earth.

“These viruses are everywhere, in the intestines, in the throat, on the skin, there are 10 times more phages than bacteria,” he explains. Jean-Paul Pirnay, molecular biologist at Military Hospital Queen Astrid of Belgium. Pirnay leads the most advanced group in Europe in the use of these to combat bacterial infections impossible to defeat with antibiotics alone. The expert turned to Eliava Institute of Georgia, which has been applying phage therapy against infections for more than a century. It is an inheritance that goes back to the Soviet Union, where this technique flourished in World War II, especially during horrible battles such as Stalingrad, he recalls Pirnay.

The team analyzed the bacterial genome that infected Northshield and began to search for a phage capable of killing her. They found it in water from a sewer. After preparing the viruses for therapy, they were administered to the patient directly into the infected area.

Combined Phage and Antibiotic Therapy Eliminated the Infection Completely, as reported on Tuesday by the medical team in Nature Communications. Three years after treatment Northshield can now walk again with the help of crutches and even participates in sporting events, as as she herself has recounted in the book In the blast of the bomb (in the blast wave), published in French last year.

“This is one of the most promising treatments against resistant bacteria”, highlights Eskenazi. These microbes often accumulate in thin layers attached to surgery or treatment materials, such as coronary prostheses or metal braces attached to broken bones of Northshield. “A team from Leiden University, in the Netherlands, created those same films in the laboratory and showed that the combined therapy of phages and antibiotics was able to eliminate the infection much better than these treatments separately”, details Eskenazi.

Part of the success is due to “phage training”, Explain Pirnay. This consists of directing the evolution of these viruses by cultivating one generation after another together with the bacteria that infect the patient. In each round, the viruses that kill the most bacteria are selected and the next one is passed. The result is an elite troop against that particular pathogen. “The phages are harmless to people because we have been evolving alongside them for millions of years. The only drawback of this type of therapy is its specificity; for each bacterium you have to find the phage that can fight it”, details Pirnay.

In recent years, the team Pirnay has treated more than 100 patients in 12 countries with phages, including one in the Hospital Virgen de la Macarena in Seville. He was a 58-year-old man who had had a blood infection caused by Pseudomonas aeruginosa, another of the bacteria of the most dangerous group.

The doctors asked Pirnay a preparation of phages and applied it to the patient, who overcame the infection, explains Maria del Mar Tomas, phage expert A Coruña University Hospital, who participated in the treatment of this patient. “Phages make bacteria stop being resistant to antibiotics”, details the microbiologist. “Bacterial viruses attack the same molecular targets that bacteria use to avoid the effect of antibiotics. If you first administer phages and then antibiotics, you block their resistance and the infections subside”, he points out.

Pilar Domingo Calap she’s a phage hunter. “We find them anywhere, sewage, ditches, soil, even in the plants in the center of the city,” explains this microbiologist from the Institute of Integrative Systems Biology of Valencia. His laboratory has found more than 200 types of phages capable of combating K. pneumoniae. He also works on specific cases of a few patients with resistant infections, for example a boy with cystic fibrosis who is awaiting a double lung transplant and has an antibiotic-resistant infection, he explains.

These therapies are still in their infancy and their widespread application is complicated, explains Sunday. “In Europe in general, except in Eastern countries, the use of phages in clinical practice is not regulated. Specific legislation is necessary to be able to use them routinely. In France The Belgium Governments are already investing in these experimental therapies, although there is still a long way to go to regularize them. In Spain it is only allowed as compassionate treatment. From the Spanish Network of Bacteriophages we are trying to Drug Agency allows us to regularize its use”, he details.