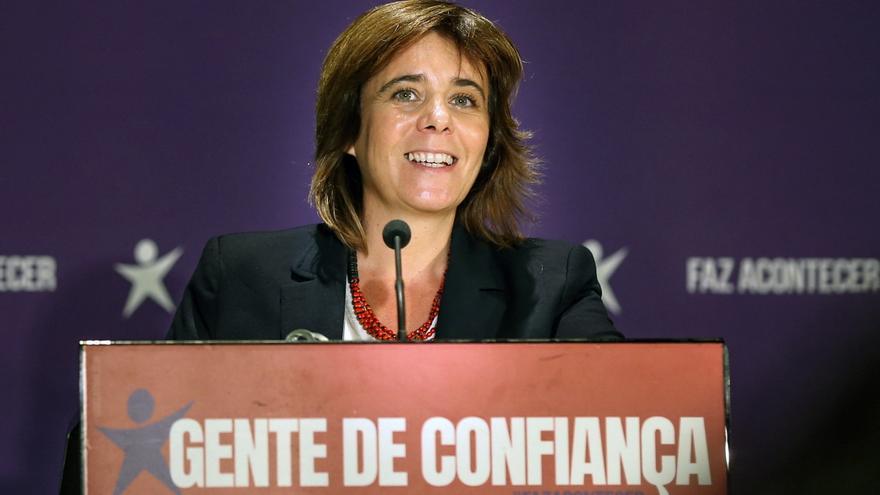 
The good harmony between the Socialist Party and the Bloco de Esquerda ended after the 2019 elections, when the socialists refused to renew the legislature pact known as the ‘geringonca’, which led Portugal to the four years of highest economic growth in democracy. Since then, relations between the two parties have been increasingly tense, culminating in the early calling of elections for next January 30. Despite the fact that the polls foresee a significant drop in the BE, the party’s national coordinator, Catarina Martins, shies away from self-criticism and insists on the need to achieve a good election result to impose a legislature agreement on the socialist government, in the event that the party of the prime minister, António Costa, revalidates the victory. With two weeks to go before the elections, Martins attends EL PERIÓDICO and other foreign media to assess the political situation in the country.

Will they be willing to negotiate the same budget proposal of the socialist government, in case it needs your support again after the elections?

After the elections we are not going to negotiate a Budget, we are going to negotiate a government program, as we did in 2015. The Socialist Party has to abandon the idea of ​​an absolute majority and seek an agreement for the entire legislature. That seems to us the best way to respond to the country. The BE will not waive the rise in wages, which are currently very low, or to save the National Health Service (SNS). This impasse can be resolved with the strength of the votes and we maintain the same determination and availability.

Is a Spanish-style coalition government not feasible in Portugal?

For now, the BE has not had enough votes to enter the Government. With the 19 deputies of the BE against the 108 of the PS [la mayoría absoluta en el Parlamento son 116 escaños], the coalition government would have fallen in a few weeks. In Spain, an agreement is being worked on for the labor reform that has not been considered here because the PS closed the door to any negotiation with the BE in 2019. And that is unacceptable.

How do you explain the failure of the Budgets to a left-wing voter?

It was not the BE that chose no agreement. The PS rejected all, not just one, but all the proposals we made for the Budgets. What was being considered was approving the 2022 accounts without our proposals and we knew that if we did nothing to protect the SNS we would have lost all our credibility, regardless of whether it was convenient from an electoral point of view in the short term.

Is the figure of António Costa an obstacle to reaching agreements?

I don’t spend a second of my time thinking about it, I hope to be able to negotiate a legislative agreement with António Costa as of January 31. The ‘geringonça’ was a very positive experience for the country, It’s not about names but parties. I am very proud of the work we have done over the years, even in the areas where we have different opinions and have not been able to move forward. We do not get involved in the internal life of the PS, what counts to achieve results is the strength of the votes. We made an agreement with António Costa in 2015 and it was fulfilled until the end of the legislature.

Has the extreme right removed the label of a protest party from the BE?

It is natural that when we assume a government support in Parliament there are people who prefer to vote for the parties that are on the other side. But the truth is that the BE has always been in the fight to help the most precarious sectors, which have been left out of the response capacity of the unions. Everything the extreme right says are generalizations that will never change anything. There is an economic elite interested in the growth of these parties, who talk about corruption and at the same time guarantee that everything remains the same.