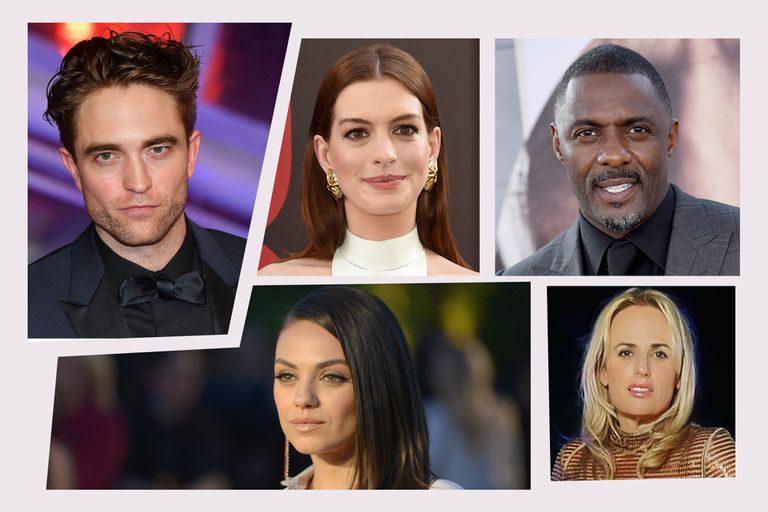 Who are the big Hollywood stars who, thanks to a hoax, got the role they wanted


In the Hollywood universe, competition is always fierce. The possibility of getting stellar roles, or even secondary roles in large productions is difficult, especially when the artists are just starting out in acting.

Therefore, when the possibility arises, the temptation to take a small “shortcut”, even appealing to a lie, is great. From Mila Kunis until Anne Hathaway, there are many figures who have appealed to these tricks to stay with the role that they wanted so much and that, in addition, they were encouraged to confess it!

The actor of roles as intense as the detective in the TV series Luther or that of Russell “Stringer” Bell, in the series The Wire, admitted in an interview to have lied to get this latest and most famous role. Yes, Stringer, that remembered drug dealer who aspires to become a businessman, and who ended up opening the doors of Hollywood wide for Idris. When he went to the casting, quickly learned that the creator of the series did not want to cast non-American actors. Elba, born in London, kept his origins hidden until the fourth audition, where he finally recognized his origin.

The Ukrainian actress is known worldwide for playing Jackie Burkhart in That 70′s Show, series in which she also met her current husband, Ashton Kutcher. Kunis, who was just 14 years old when they did the first casting for the show, admitted having lied about his age claiming to be older than he really was. Knowing that she would not be chosen, given her young age, the actress told the producers that I would be 18 years old. A few years ago, when she was a guest on the show, she joked with Jay Leno, host of The Tonight Show, explaining that what he had told the show’s producers wasn’t completely untrue as he would eventually, one day, come of age…

The actress who played Isabelle in Hugo, the film of Martin Scorsese, lied about his nationality for that film, although not on his own. Moretz, told during the television program hosted by Stephen Colbert, The Late Show, that she was encouraged to be untruthful by the film’s casting director. The fact happened after the actress explained that she was not of British origin as the character she should embody. to which they replied that he lies to the renowned director and that it would probably work. And while Scorsese didn’t discover the hoax until well into filming, Moretz’s story teetered on the brink when the actress she was inquired by the director about her background in England.

After his interpretation of Cedric Diggory in two of the movies Harry Potter, the Englishman who began his career as a model during his teens, began to have trouble finding work as an actor. After a couple of years of going to castings to no avail, Pattinson decided to try his luck in Los Angeles. However, he ran into the problem that he could not explain the emptiness of recent years in your resume, so he decided to invent that had been studying acting at the Royal Academy of Dramatic Arts, one of the most renowned acting schools in England and the world. Pattinson admitted the deception during an interview with the English publication Mirror, in which he said he discovered that “If you have an English accent you can get away with it.”

The actress who brought Lureen Newsome to life in Secret in the mountain, the successful film The Lee, admitted to having lied to the director about his ability to ride a horse. When asked at the film’s casting if he could walk, Hathaway replied that he had extensive experience with horses although I had never even been on one. When she finally landed the role, the actress had to take intensive horseback riding lessons that prepared her for her portrayal of a rodeo cowgirl. In an interview with Out magazine, Hathaway explained that she always follows the advice her parents gave her.: “When they ask you if you can do something, say yes. You can learn anything in two weeks with enough motivation.”

To get the role of Max Mayfield in the second season of the series of Netflix Stranger Things, the 19-year-old actress, had to bulk up her resume a bit. Big fan of the series. (who had “marathoned” without pause) when he found out that his agent had got him a place to participate in the casting and have, perhaps, a role in the second installment, he didn’t hesitate to lie about a particular ability he didn’t have. Knowing that the director was looking for an actress who I knew how to ride a skateboard, and since she had no experience, she quickly argued that she did know how to use rollers. In an interview with Coveteur, Sink admitted that he hadn’t skated in years and that he lied about his experience because of his fanaticism for the series.

Australian actress who rose to fame after her performance in Perfect rythm, explained to The Daily Mail, the Australian medium, that she lied about her age because of the intense scrutiny women in Hollywood are subjected to on a daily basis. Determined, she added that anyone with a business point of view on the matter would have done the same. This is how he explained his actions when decided to take six years off his life before presenting herself to the casting of the film that made her known worldwide. In it she played a young university student, a role that according to Wilson she would not have been granted if they had known her real age.