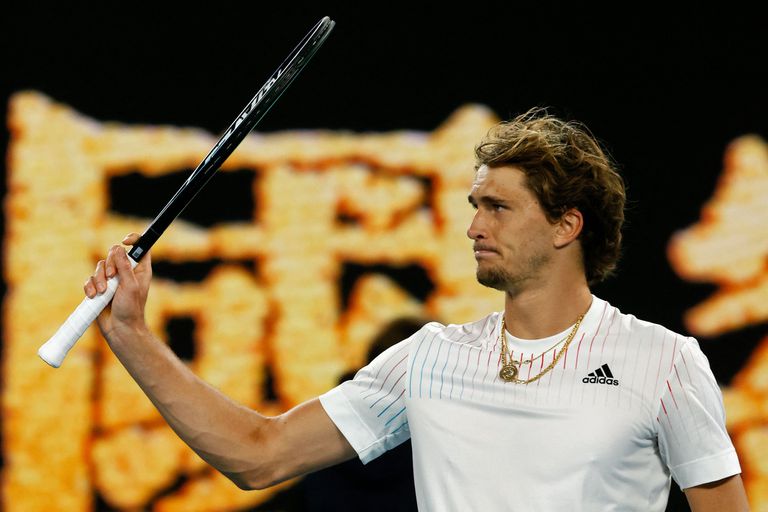 
german tennis player Alexander Zverev, number 3 in the world ranking and one of the candidates to win the Australian Open, said on Wednesday that “There are probably more players who have Covid-19, but they are not tested.” That was pointed out by virtue of the French Ugo Humbert said early that he had tested positive for coronavirus a day after his first-round loss to compatriot Richard Gasquet, forcing him to isolate for a week in Melbourne.

Players must be fully vaccinated to compete in the first Grand Slam of the year, a rule that forced the government to deport world No. 1 Novak Djokovic last weekend for not being inoculated. “We are allowed to go out to eat, we are allowed to do what we want, so I think it is natural that more people get infected,” Zverev extended to reporters after dispatching Australian John Millman in straight sets and advancing to the third round of the tournament.

Reuters agency contacted Tennis Australia for comment. The Australian network ABC News reported that players must perform rapid tests on themselves of antigens daily, while Supervised testing is done the day you arrive and between days five and seven of your stay.

Bernard Tomic had criticized the testing protocols during the classification stage last week: “I can’t believe no one is getting tested. They allow players to get on the pitch with quick tests in their room. There are no official PCR tests.” The Australian tested positive two days later, after losing in qualifying and announcing to the chair umpire for that match that he was suffering from various symptoms linked to the coronavirus.

Zverev assured that he is taking all precautions and that he remained in his own bubble to avoid contagion. ”I am here to play the tournament and I understand that there are many cases in Melbourne, there are many cases in Australia, everywhere. So I don’t do much outside, I haven’t been to any restaurants, I haven’t gone out.” added the 24-year-old Olympic champion, who is seeking his first Grand Slam title after falling in the 2020 US Open final and who a couple of months ago conquered the year-end Masters in Turin.

“I wasn’t anywhere but in the hotel room and on the courts, so I’m doing a kind of personal bubble, just because I don’t want to take any risks and I want to give myself the best possible chance to do well here.” Zverev remarked, that in the next round he will play with the Moldovan Radu Albot, coming from the classification.