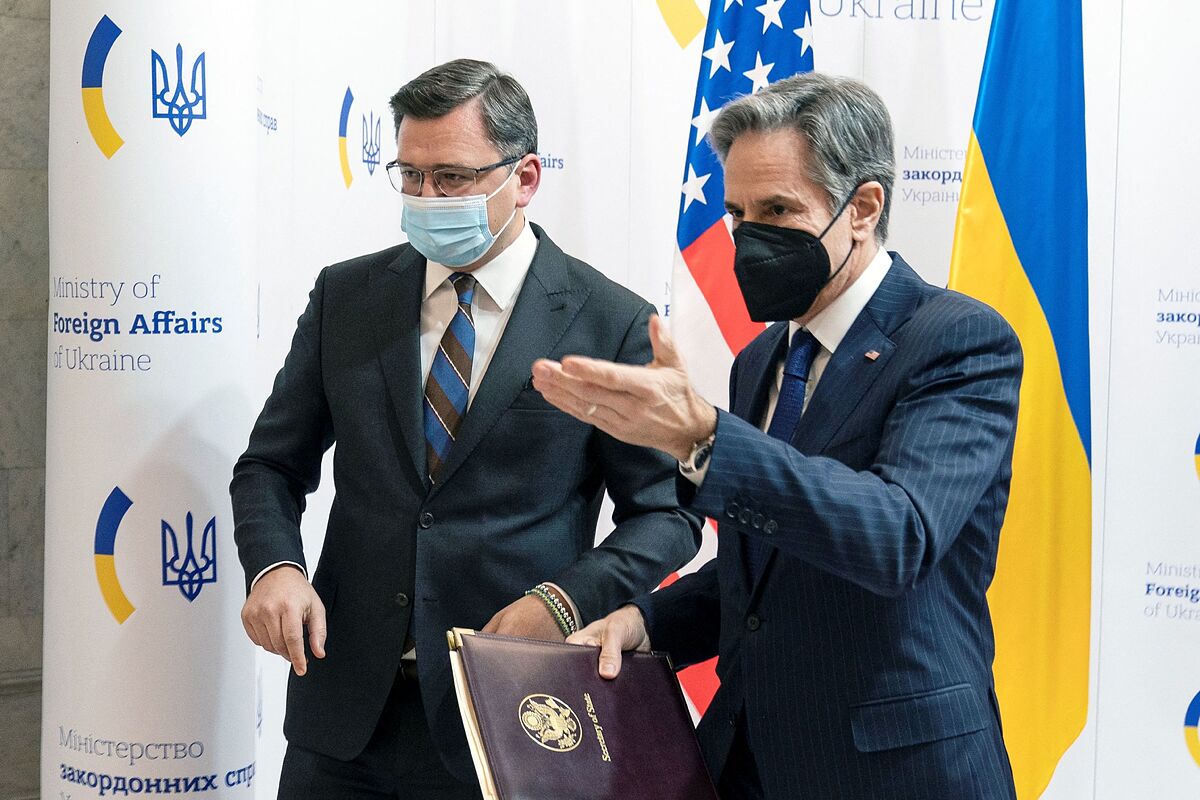 In the middle of noise of war drums, diplomacy rides again without knowing if it is its last chance. US Secretary of State Antony Blinken will meet this Friday with Russian Foreign Minister Sergei Lavrov. Blinken arrived in Kiev this Wednesday to meet with Ukrainian President Volodimir Zelensky, a new show of support from a North American ally who fears that Russia will launch an attack against Ukraine “very suddenly”, according to Blinken, who announced to the Ukrainians that They must prepare for some difficult days. Russia has plans to “further” increase the force on Ukraine’s borders, Blinken predicted, before calling on Russian President Vladimir Putin to choose the “peaceful path.”

Eight years after the annexation of Crimea and the start of the war in Donbs, Ukraine has no short-term prospects of joining the EU or NATO. But Russia feels threatened by Kiev’s growing ties to the West. Although it is not clear that Moscow has so far assembled the logistical units it would need to launch an immediate attack, these days Russia has reduced its staff at its embassy in Kiev: about twenty civilians, mostly wives and children of diplomats, left for Russia a few years ago. two weeks. Putin has also moved troops to Belarus for joint military exercises. It thus has the option of attacking neighboring Ukraine from the north, from the east and also from the south, if one takes into account not only the troops it has in Crimea but also those that have been stationed in Moldova for years.

Blinken promised the Ukrainians that Washington would continue to provide defense assistance to Kiev and renewed the promise to severe sanctions against Russia in case of a new invasion. The Ukrainian president appreciates the help: “I would like to personally thank President Biden and the US Administration for the military support to Ukraine, and also for increasing this assistance.” Shortly before, Ukraine’s deputy defense minister thanked the UK for delivering anti-tank weapons. Canada advanced that it also values ​​providing this type of support. Given this, the Kremlin warned that arms deliveries to Ukraine only serve to increase tension.

On Friday Blinken will meet with the Russian Foreign Minister. Washington and Moscow explore whether there is still a diplomatic route to avoid a conflict in Eastern Europe. Some analysts point to this appointment as probably the last stop before the “train wreck”.

Russia has warned that tensions are rising while the Kremlin is still waiting for a clear response – and in writing – to its sweeping demands for security guarantees from the West: that NATO does not approach its borders and that it does not place missiles near. Blinken stated that he would not bring any documents to his appointment with Lavrov. “We need to see where we are and if there are options left to continue with diplomacy and dialogue, which again, as I said, is the best path,” he said while speaking at a news conference.

Blinken told diplomats at the US embassy in Kiev that a Russian buildup of tens of thousands of troops was taking place near the Ukrainian border “without provocation or motive.” From Moscow they responded with a similar message: the Russian Deputy Foreign Minister, Sergei Riabkov, called on the West to stop supplying weapons to Ukraine and described the European security situation as “critical”.

Pessimism has also set in among the experts. Vladimir Frolov, a former Russian diplomat who is now a foreign policy analyst, told Reuters Moscow would not be appeased by an offer of US-NATO arms control talks. The Russians appear to be seeking a much more radical redesign of the European security balance. “Hopes are low, positions are incompatible,” he said.

Rob Lee -from the Center for the Analysis of Strategies and Technologies, a Russian entity focused on defense policy- believes that the key is that Moscow considers that Kiev will remain hostile and is increasing its defensive capabilities. That is why Russia believes that “the costs of inaction now are greater than those of a military escalation”, since later it will be more difficult for Moscow.