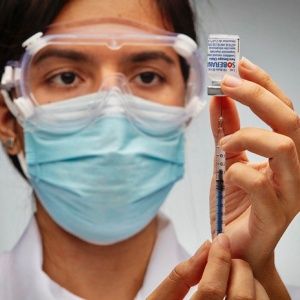 Cuba on track to reach peak transmission of COVID-19

On Tuesday, Raúl Guinovart, dean of the Faculty of Mathematics at the University of Havana, announced that forecast models suggest that the number of COVID-19 cases in Cuba may be reaching a maximum in the current wave of Omicron-related infections. .

According to the latest figures registered by the health authorities, this Caribbean nation was experiencing a daily average of 3,290 new infections. On Tuesday, however, only 2,967 new cases of COVID-19 were recorded.

Therefore, the peak of the current wave would have been reached with around 3,000 cases per day, after which the number of new infections will begin to decline until mid-March, Guinovart said at a meeting called to analyze the epidemiological strategy. Cuban.

He also mentioned that the contagion rate of COVID-19 in Cuba has grown slowly compared to the expansion of the epidemic in other countries.

#Cuba remains at the forefront of the world with 291.07 doses of vaccines vs. #COVID-19 administered per 100 inhabitants.

Of the vaccinated population, 92.6% are fully immunized and 42.5% have received a 4th booster dose.

However, due to the high transmissibility of the Omicron strain, an increase in the number of cases is expected to persist in the coming days. From November 29 to January 15, this variant was identified in 168 people and has shown its predominance.

In the coming weeks, the Mambisa nasal administration vaccine must be added to the Cuban epidemiological strategy. According to the media, there are only 11 of this type in the world.

The booster immunization campaign began in November and is being carried out with the Sovereign Plus, Sovereign 02 and Abdala vaccines. Booster doses have been distributed to 45.5 percent of the vaccinable population. The largest number of vaccinated Cubans reside in Havana (1.1 million), Santiago de Cuba (406,412) and Holguín (330,694).