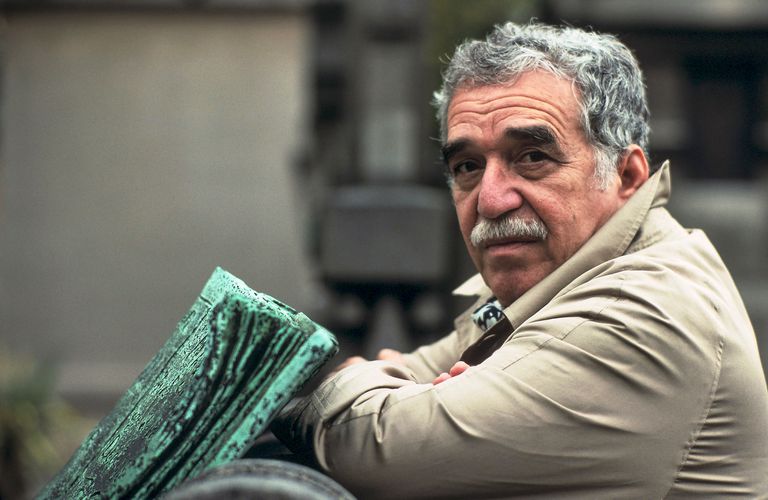 Ended the “secret pact” by Indira, the extramarital daughter of Gabriel García Márquez


MEXICO CITY.– Great writers give their lives to their own epiphany. To consummate it or avoid it, they end up serving the “sudden spiritual manifestation” of the past, as James Joyce understood it. It just happened with the 1982 Nobel Prize for Literature Gabriel Garcia Marquez and the news of a hidden daughter, born in Mexico three decades ago from an extramarital relationship with the journalist Susana Cato, a former student of hers at the San Antonio de los Baños Film School (Cuba) and co-author of some of her film scripts. The young woman is called Indira Cato and, like Rodrigo – one of the two children that the author had in his 57-year marriage to Mercedes Barcha – she is also a filmmaker.

The revelation was made the day before yesterday by the journalist Gustavo Tatis Guerra in the newspaper The universal of Cartagena de Indias and cites as his source Dasso Saldívar, biographer of the author of One Hundred Years of Solitude. Eight years after Gabo’s death and two after the death of his widow, the discovery is like a rumble in the vital plot of the renowned writer, who took care to ration the public details of his personal life. In Live to tell (2002), García Márquez was in charge of narrating it, but a few hours ago a new chapter began to be written. Now, without the intervention of the laureate writer.

In his testimony, Tatis Guerra recounts that the existence of a daughter of García Márquez was “a rumor that woke up again with suspicion at the writer’s funeral at the Palace of Fine Arts” in this same city, in 2014. And he fluttered ” like an unexpected wind” in the Madrid apartment of Gabo’s biographer, Dasso Saldivar, the author of The journey to the seed, and in the house of Gerald Martin in London. “It was a secret that no one dared to name,” writes the Colombian journalist in a note to the diary The country from Spain. In 2019, the three reached a “secret pact” to track down the girl and “find the best way to tell her”, because no one dared to mention the relationship between the writer and the journalist “out of veneration for Mercedes Barcha”, to who was “an emotional cataclysm” to hear the news. They agreed that Tatis Guerra was the best to make it known. It would happen in the same newspaper in which the Nobel Prize was started. The García Márquez, he assures, as soon as they knew of the existence of that daughter “they welcomed her with the warmth and affection of being a member of the lineage”. A reception that “generated conflicts” with the writer’s wife.

The Mexican Susana Cato, now 61 years old, met the Colombian writer at a writing workshop he was teaching in Cuba. Created the plot of the short film The mirror of two moons, directed by Carlos García Agraz, with a script by García Márquez. The local press reports that he was a correspondent for the magazine Cambio in Mexico, for which he interviewed García Márquez in the report “In Colombia, the writer has no choice but to change his profession.” She is the author of the book They. women of 68 (Process Editions), a series of interviews with women who lived through that time, with a prologue by Elena Poniatowska. Indira Cato, who decided to take her mother’s surname, studied Dramatic Literature and Theater at the National University of Mexico. She is the producer of the documentary take my loves (2014), directed by Arturo González Villaseñor. Forty-eight hours after the publication in the Cartagena newspaper, Neither of the two women has yet made a statement. and, although photos of Indira (named after Gandhi) circulate on the Internet, her social networks are inactive.

Close associates of García Márquez’s family in Mexico City refused to make statements about the leaks. “There won’t be any,” they let LA NACION know. Who did speak to the EFE agency was Gabriel Eligio Torres García, nephew of the Colombian Nobel Prize winner and author of the book The Garcia Marquez house, who assured that he knew of the existence of his cousin Indira Cato. “She is a little shy, it has been a fairly slow process to approach the family.”

Also consulted by LA NACION, the Catalan journalist and writer Xavi Ayén, author of Those boom years: García Márquez, Vargas Llosa and the group of friends who changed everything (Debate, 2019), revealed that he knew of the existence of the writer’s daughter since 2009: while working on the monumental 800-page investigation, which took him ten years, none other than the literary agent Carmen Balcells He had made this revelation to her. “I don’t have to speak hypothetically. She broke this news to me off the record, something that we journalists know that we must respect. It was years of working with her and consulting her files. There was a relationship of trust that allowed him to tell me one afternoon in his office. I couldn’t use anything”, he recalled yesterday. The author – a “Nobel Prize chaser” – added: “I wouldn’t say it was an open secret. In some environments it was commented. But the person’s name had not been released. In the narrow circle, well, they did know of existence.”

Ayén interviewed García Márquez at Christmas 2005. Their long hours of conversation resulted in a report published in February 2006. That note went around the world: the father of magical realism confessed that he had stopped writing. “So, neither I asked him nor did he tell me anything,” he says now. As for why Balcells – the “big mom” took care of even the most intimate details of her clients – decided to share the secret with him, the author speculated that perhaps it was because of trust and some cunning. “I had a very trusting relationship with her. His agency’s office is across the street from the newspaper office where I work, in The vanguard, and there was a time when I went every day, I stayed to eat. He told me knowing that I was not going to tell. She worried about their authors. She was very smart. I knew that if he told me this way, it was impossible that if I found out later, then he could reveal it. It was a way of shielding the information. He must have thought: ‘if I tell him, and I tell him that it is off the record, won’t say. It’s my speculation,” he said of Balcells, who died in 2015.

Regarding the relationship between the García Márquez family and Indira Cato, Ayén maintained: “I know that there was financial support. One thing is that he did not recognize her and another thing that he did not take care of it. Not just Gabo. Rodrigo and Gonzalo also know her. What has been posted is correct. He was not a person who had been forgotten, quite the opposite. They treated him discreetly.”

Gabo was unable to ensure that part of his offspring escaped the fate of his paternal ancestors. His father and grandfather -unrecognized children- adopted the maternal surname. It was the secret of a patriarch. The postponement of his epiphany.