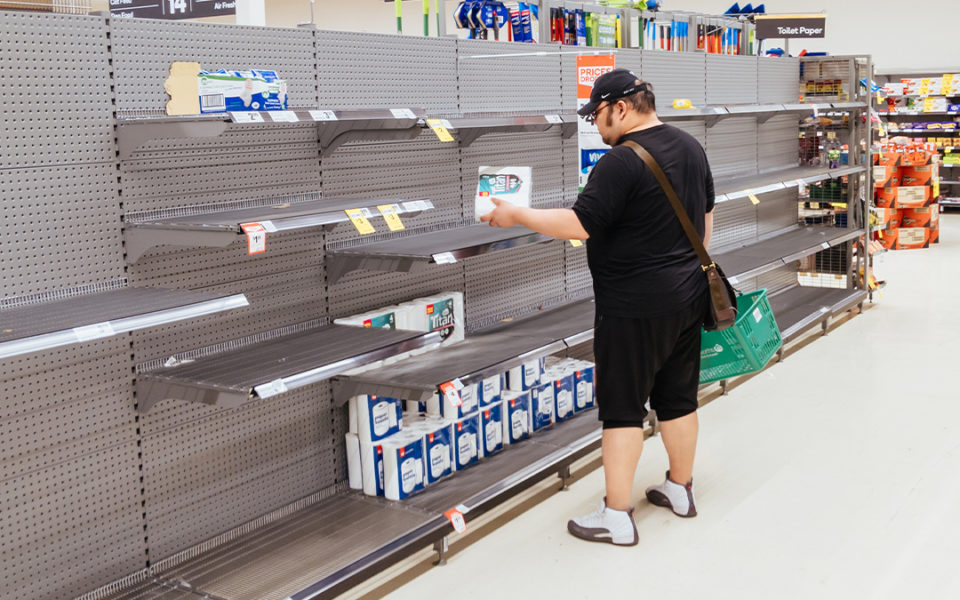 
Supermarkets may have gotten over the worst of Omicron’s supply chain crisis after close contacts were allowed to return to work if they tested negative.

But shoppers are likely to struggle to find all the products they want, and face purchase limits on sought-after items like chicken and painkillers, until the number of virus cases peaks.

On Wednesday, Prime Minister Scott Morrison suggested the worst of Omicron’s staffing crisis may be over and his comments were backed by leading supermarkets and poultry suppliers.

Nonetheless, the federal government is “actively considering” shortening the isolation period for COVID-positive workers from seven days to five, in a move that would help thousands of essential workers return to work and bring Australia in line with the US. .US and the UK.

The government may also extend to the hospitality and retail sectors recent changes to isolation rules that allow close contacts in essential industries to return to work if they post negative tests.

Days after threatening to lead strikes if their health and safety demands were not met, unions criticized the potential rule changes as dangerous and unsafe.

“Workers are being told to maintain supply chains at all costs, that their health is worth less than the goods they transport,” said Transport Workers Union Deputy National Secretary Nick McIntosh.

The good news is that there are signs that food shortages are improving.

In a statement to the new daily On Wednesday, Coles said shoppers should start seeing more food on shelves in the coming weeks.

“We are working collaboratively with our suppliers to improve the supply of all products to our customers and are optimistic that we will see some improvements in the coming weeks,” a Coles spokesman said.

“We thank our customers for their patience as we work with our suppliers and transportation partners to increase deliveries and return a full range of products to our stores.”

A Woolworths spokesman said its stores continue to experience delays, but the company has no limits on buying meat outside of Western Australia.

“Supply chain challenges continue to affect stock levels across the country [as] We are experiencing delivery delays to our stores due to the impacts of COVID-19 and high rates of absenteeism,” they said.

The comments came after Prime Minister Scott Morrison suggested that the worst of the food shortage, caused by thousands of workers going into isolation with COVID-19, is over.

Morrison has been meeting regularly with business groups about the shortage.

“We are seeing some relief,” Morrison told reporters in Canberra.

“It’s not back to where we’d like it to be, but the trajectory is right.”

Morrison was referring specifically to the chicken shortage that has forced supermarkets to introduce purchase limits and KFC to sell a reduced menu over the past week.

The national cabinet began allowing workers in food supply chains to start bypassing the COVID-19 quarantine last week in a bid to ease pressure on hardest-hit chicken suppliers, which was welcomed by consumers. industry leaders.

Vivien Kite, chief executive of the Australian Chicken Meat Federation’s main body, said she was optimistic the situation was beginning to improve and “the worst is behind us”.

But all companies are struggling with high rates of absenteeism and some are down to just 50 percent of their workforce, he said.

“We expect continued supply issues over the next several weeks as COVID-related staff absenteeism remains at a level of concern.”

The Morrison government is now “actively considering” further easing lockdown rules for workers across the economy to speed up this recovery.

Morrison said on Wednesday that, subject to revised health advice, Australia may follow in the US and UK’s footsteps by reducing the mandatory COVID-19 isolation period from seven to five days.

“The most recent information we have is that after five days you still have 30 percent [of workers] it is still infectious,” he said.

“And that is a calibrated decision that you have to make.”

The government may also give in to demands from industry groups for isolation requirements to be eased for essential workers to spread to other parts of the economy, such as hospitality and retail workers.

“Those issues are quite relevant in terms of when larger-scale changes can be observed,” Morrison said.

“Those kinds of things are certainly not off the table, and if they are safe to do, they would make a lot of sense.”

Morrison said all policy changes would be based on health advice, but added “you can hope it’s not too far off” when asked about a possible extension of simplified isolation rules beyond essential workers.

The unions immediately attacked the suggestion, saying Morrison is trying to “cut back” health and safety protections at work to hide the government’s failure to secure enough rapid antigen tests (RATs).

Business groups have also criticized the government for a dire shortage of RATs, warning that the relaxed isolation rules will not address staffing shortages unless employers can get more tests.

“It is embarrassing that it is easier to get COVID than it is to find a test kit,” ACTU Secretary Sally McManus said in a statement Wednesday.

“We can limit hospital admissions, keep workplaces open and supply chains running if we have free and accessible RATs.”

“COVID-positive transport workers should not return to the workplace after just five days of isolation,” it said in a statement.

“This will only risk triggering prolonged COVID and making more workers and their families sick. In that horrible scenario, everyone loses.

“Supply chains depend on healthy workers.”