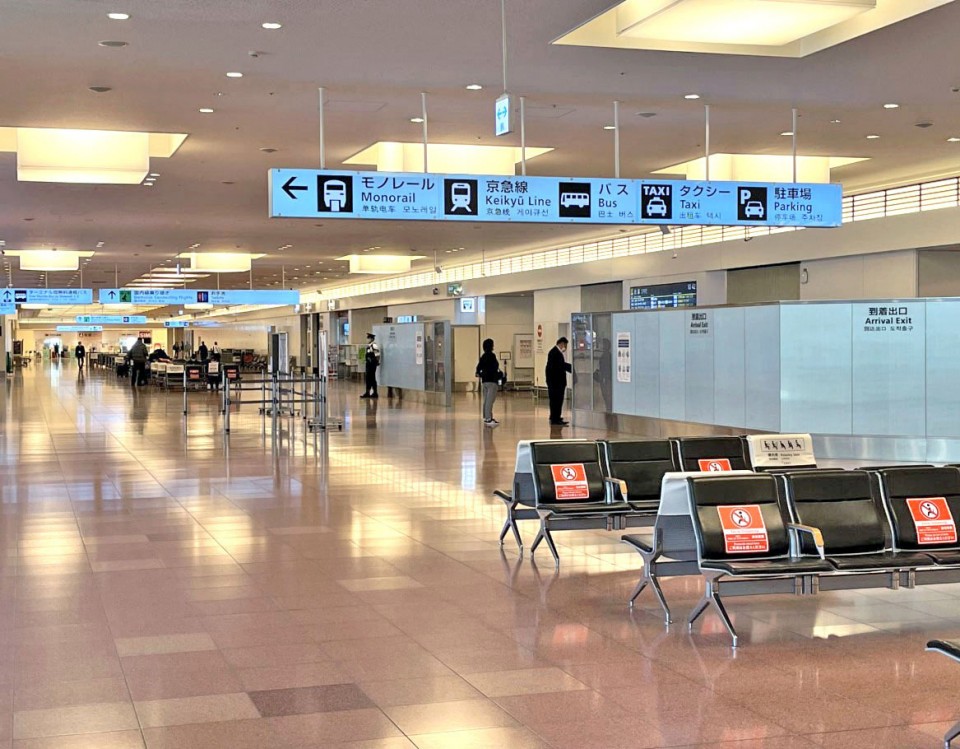 
The number of foreign visitors to Japan in 2021 fell to 245,900, the lowest since 1964 when comparable data became available, as the country imposed stricter border controls amid the coronavirus pandemic, government data showed on Wednesday.

The figure plunged 94.0 percent from 2020, the steepest drop on record, the Japan Tourism Agency said. Compared to the pre-pandemic level in 2019, it fell 99.2 percent.

An arrival hall for international flights at Tokyo Haneda Airport is deserted on November 30, 2021. (Kyodo)

Monthly arrivals were higher in July at 51,055 due to visitors related to the Tokyo Olympics, which took place from July 23 to August 8. As the Paralympic Games were held from August 24 to September 5, a total of 25,916 travelers entered the country in August.

The events were held without spectators to prevent the spread of coronavirus.

Since then, the figure has trended downward, falling to 12,100 in December, down 79.4 percent from a year earlier.

The government had aimed to welcome 40 million foreign visitors in 2020 when the country was originally scheduled to host the Olympic and Paralympic Games but the Summer Games were postponed for a year due to the pandemic.

The government has maintained its goal of attracting 60 million visitors from abroad by 2030. But Koichi Wada, who heads the agency, told a news conference that he could not predict at this point whether it is an achievable goal.

In response to a recent spike in infections caused by the rapid spread of the Omicron variant, the government on Wednesday decided to extend a near-state of emergency to cover Tokyo and 12 other areas.

Quasi-emergency measures include allowing governors to ask restaurants and bars to close early and to stop or limit alcohol service.

The measure is likely to further squeeze domestic tourism, hit by the pandemic.

Japan will allow the entry of some foreign students, making an exception to the ban