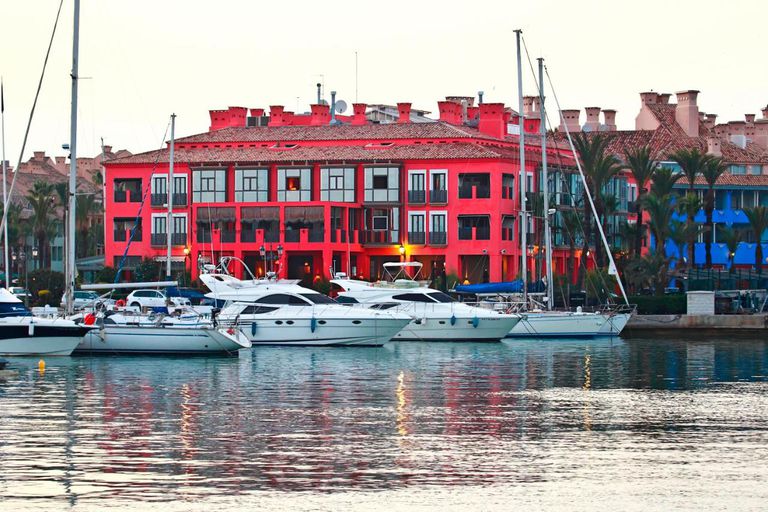 In photos: this is the impressive hotel that Lionel Messi bought in Spain


Lionel Messi he enlarged his hotel empire with a new acquisition made by his company in Spain. The footballer of Paris Saint Germain (PSG) and captain of the The Argentine team bought a luxurious hotel in the old port city of Cádiz, that has sports and recreation spaces facing the sea.

Via MIM Hotels, The chain of resorts owned by Leo since 2017, the purchase was made now MIM Sotogrande Club Marítimo. A hotel located right in the Sotogrande Marina, in that city and facing Gibraltar, Morocco and the Mediterranean Sea, next to some of the best golf clubs in Europe. At the moment the place is closed, so it does not allow online reservations, at least until April, when the high season restarts and the works finish.

The establishment purchased by the husband of Antonela Roccuzzo It has 45 rooms with all the luxuries and comforts, from where you can see the port of the coastal city. A spacious and striking lobby with high ceilings that span both levels of the building and give way to wild plants.

Inside, the hotel has two restaurants with terraces; one of them offers snacks and tapas, while the other serves Mediterranean cuisine. To the list of amenities for guests, the hotel has a spa, a bar, a movie theater and various places of recreation and leisure.

As stated in the hotel bio, this is designed for lovers of water sports, golf and polo, among other sports such as sailing. This is because these activities can be practiced in total comfort nearby.

On the other hand, it should be noted that the building has a LEED seal, a distinction granted by the US Green Building Council. In other words, it is a sustainable building, whose design significantly reduces, or better yet, eliminates, the negative impact of its construction on the environment.

Although for now the hotel is closed for maintenance, as indicated on the official website, a room for two people in the MIM Sotogrande Club Marítimo It would be around 13,000 and 29,000 Argentine pesos per day, if reserved through the different online platforms.

MIM Hotels has been managed by the Majestic Group since the footballer joined the company more than four years ago. This new acquisition is added to the last five that Leo had made in recent times in his role as an entrepreneur.

Last June it was also known that the five-star hotel called Casa Canut, a luxurious establishment located on Avenida Carlemany de Escaldes-Engordany, in Andorra, joined the other four that the chain has in Sitges, Mallorca, Ibiza and Baqueira, and that are now part of the footballer’s empire.