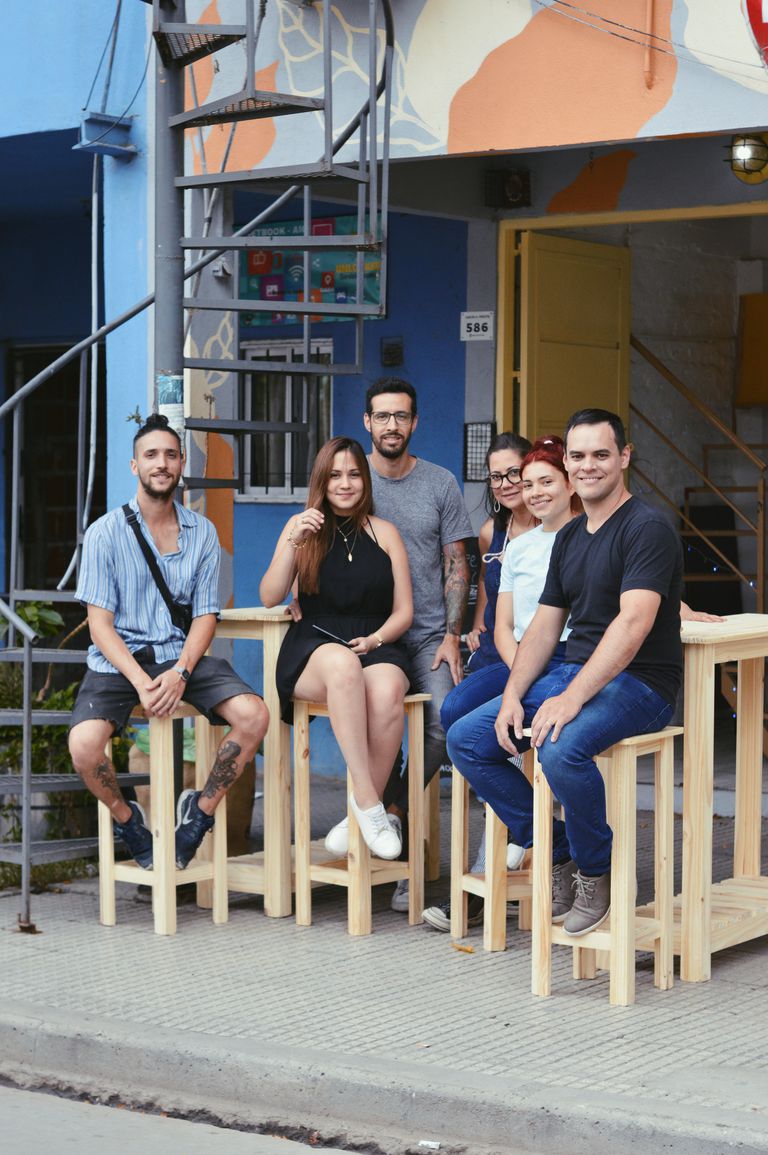 More than premium: the Palermo boom that reached Barrio 31


Street Perette 586. It’s not soot, not sweat. There is a new aroma that is breathed in the dense air of Barrio 31. It is the specialty coffee that comes from the as surprising as meditated opening of the Diogo Bianchi coffee, the first of its kind in that place.

The person in charge of the project is the coffee master Diogo Bianchi, a 41-year-old Brazilian who has lived in Buenos Aires since 2014. He trained in his country and currently teaches courses at the Gato Dumas Institute, in social organizations, works in the hotel Four Seasons and is a consultant to numerous companies in the sector. His search, in this case, is far from glamorous. Its objective is that low-income youth enter the world of work, have an opportunity to project themselves outside the neighborhood and democratize the consumption of quality coffee.

Its namesake cafeteria is located at Perette 586, one of the main streets of the Ward 31. There he offers specialty coffee prepared by his students. One of the baristas is a graduate of the Development Center of the 31st neighborhood, Isabel Gonzalez.

Prices do not differ much from those of Palermo, the epicenter of specialty coffee. In Diogo Bianchi Coffee an express leaves $160, while a capuccino or a flat white are in the order of $225. According to the coffee grower, it is the human being who adds the distinctive value to the coffee. In this case they are the professionals prepared by him.

“Many times the boys who are trained do not get a job because there is a prejudice from both sides: first on their part, which They feel that they are not going to fit in in Palermo and, on the part of the coffee shop owners, they are afraid to hire a person who comes from another environment”, says Bianchi to explain the social side of entrepreneurship.

As for the future, the coffee master wants to open more establishments with at least one 50% of personnel from its social projects. “I also want everything that is consumed here to be produced locally so that the profit stays in the neighborhood, to have a circular economy that improves people’s lives,” he added.

The key to being able to land in the neighborhood is not to “evangelize” about the culture of specialty coffee, but to adapt to the taste of the local public. “The first thing I teach them is to ask ‘how do you like your coffee?’ In this way, we understand what the client wants and secondly, that they leave thinking ‘they do things the way it seems to me’”; explained Bianchi about the consumer experience.

Ysabel He is 30 years old and his first job was at the neighborhood Mc Donald’s. “Taking the course and then working here was a great opportunity. I love that on 31 there is a place where people from the neighborhood can try specialty coffee and get a taste for it,” said the young woman. His dream is to be able to open his own store in the future.

Bianchi he told THE NATION that in the world specialty coffee only represents between 12 and 15% and that in Argentina that number is around 6%. And he mentioned that the fundamental importance, in addition to the source information, is the human resource that prepares it.

Regarding billing levels, he explained that they are normally good because people enjoy consuming in the neighborhood and he was encouraged to double down: “I would like people to come from outside the town, and for the cafeteria to be part of the coffee map of the City”, concluded.