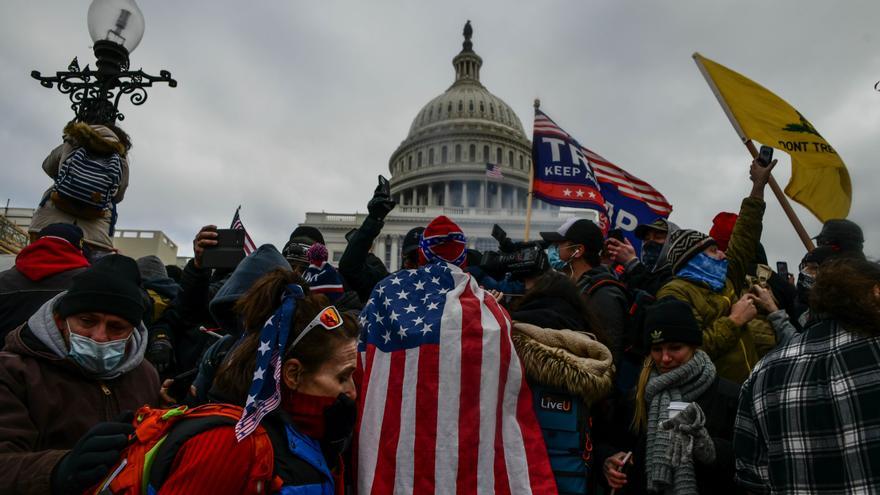 
Lasted golpe para Donald Trump of supreme court in which the former president placed three judges who established a solid conservative majority. In a decision announced this Wednesday, the High Court has rejected the attempt the Trump de block delivery of documents from his time in the White House to congressional committee who investigates the storming the Capitol.

With that decision, cannot be appealed There is no longer any obstacle for the National Archives to provide the panel with the documentation, which Trump and his lawyers have tried to keep secret, alleging the executive privilege even in the case of a former president. The current president, Joe Biden, had allowed to declassify documents, with few exceptions to protect national security issues.

The Supreme Court ruling does not contain a reasoning as to why Trump’s request has been rejected and only one of the justices, Clarence Thomas, dissents from the opinion, also without arguing that dissent. Both things are normal in emergency procedures such as the one in this case, in which the Supreme Court has rejected the appeal of Trump’s lawyers against two lower court decisions that also gave the green light to the delivery of the documentation and recognized the authority of Biden to strip them of executive privilege.

Specifically, it is about 800 pages, including presidential diaries, visitation logs, and handwritten notes from the file of Mark Meadows, who was Trump’s chief of staff, related to January 6.

The Supreme Court notes in its decision that questions about whether a former president can obtain a court order blocking the delivery of documents even though the current one has allowed their publication “are unprecedented and raise serious and substantial concerns.” In any case, he agrees with the DC district court of appeals that did not answer those questions and rejected Trump’s claims of privilege and recalls that this court “concluded that the Trump claims would have failed even if he were in office”.

Even Judge Brett Kavanaugh, one of Trump’s nominees, who has explained in a statement that he disagrees with the Court of Appeals and has opined that a former president should be able to appeal to executive privilege even if his successor does not support him, it has recognized that this privilege “is not absolute or cannot be overcome”.

Trump, who repeatedly disparages the committee’s work as a politicized “witch hunt”, has tried by legal means to stop the delivery of the documents. Claims the committee is investigating improperly possible criminal conduct and argues that there is no valid legislative reason to obtain the documentation. The committee’s lawyers, for their part, responded by recalling that Congress “often legislates by investigating past illegalities to determine why they occurred, how it could be prevented, whether more resources should be devoted to prevention, and whether existing laws should be changed.”

One of the judges of the court of appeals agreed, emphasizing that “there are few interests more imperative for Congress, if any, than to ensure the safe and uninterrupted development” of its functions, in reference to the certification process of the election results that the assailants interrupted. “Here the House of Representatives investigates the Capitol’s deadliest attack by domestic forces in the history of the United States,” the magistrate wrote.