The villagers worship the cow born with the THIRD EYE because they believe it to be the incarnation of the Hindu god Shiva.

A calf born on a farm in India has begun to attract visitors who believe it to be the incarnation of a Hindu god thanks to its third eye and an extra pair of nostrils.

Despite its extra features, the unusual animal, which was born in the town of Rajnand, Chhattisgarh, has been considered fit and healthy.

Some locals have claimed that the baby animal is an incarnation of Lord Shiva, one of the three gods of Hinduism.

This has even led people to make special trips to the farm to see the three-eyed calf, with some believing that the animal’s birth will bring luck and prosperity to the village.

A calf in the Indian town of Rajnand, Chhattisgarh, was born with a third eye and an extra pair of nostrils. 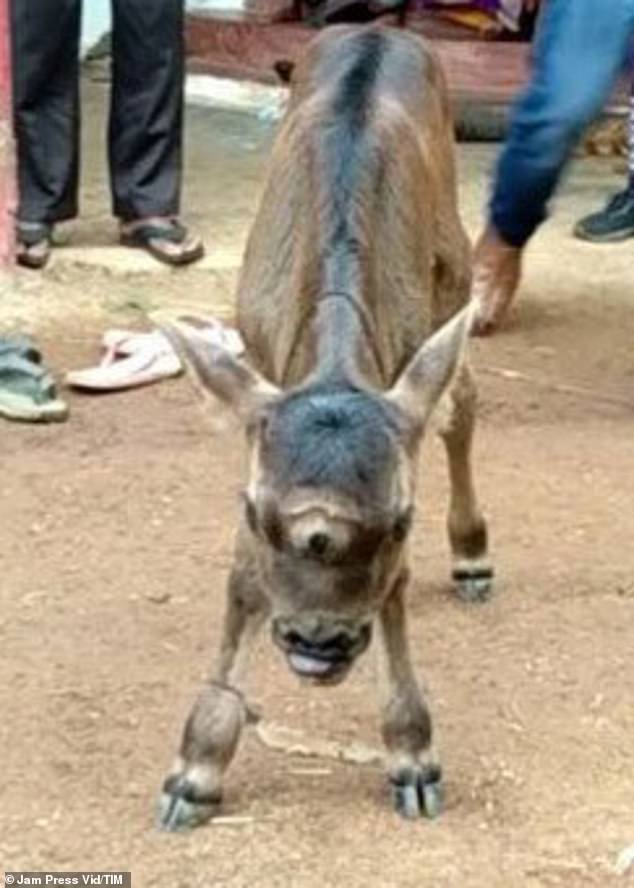 Some locals have claimed that the animal is an incarnation of the Hindu god Shiva, and have made special trips to see the animal and deliver gifts to it. 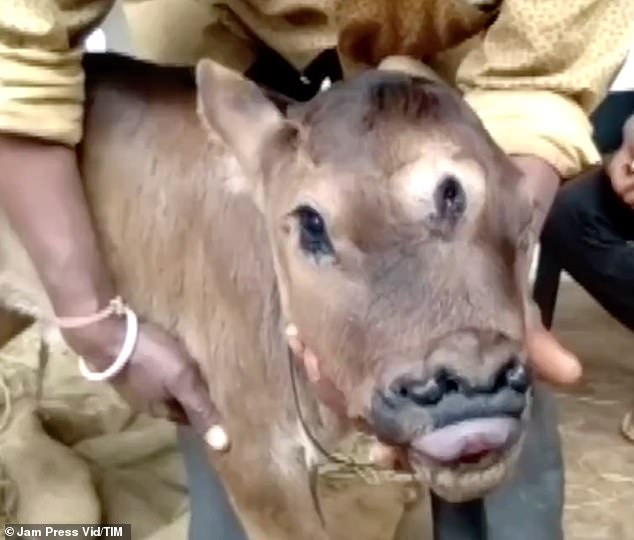 Some locals believe that the birth of the animal will bring luck and prosperity to the town.

Farmer Neeraj Chandel said: “As soon as the cow gave birth, we thought she had some kind of wound on her forehead before we found it like an eye with the help of a flashlight.”

“Then we found four nostrils that saw locals crowding our house after night delivery.”

Locals have been offering gifts of coconuts and flowers to the newborn calf.

The mother cow has previously given birth to two calves that were “normal” and are now fully grown.

It is understood that the animal’s third eye has been caused by a hormonal disorder.

The calf weighs around 30 pounds and has a longer tongue than any other calf. 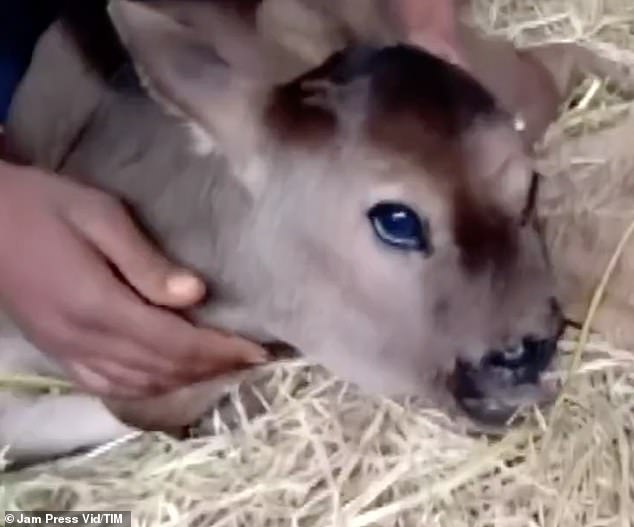 Despite the animal’s additional facial features, the calf is believed to be healthy and fit. 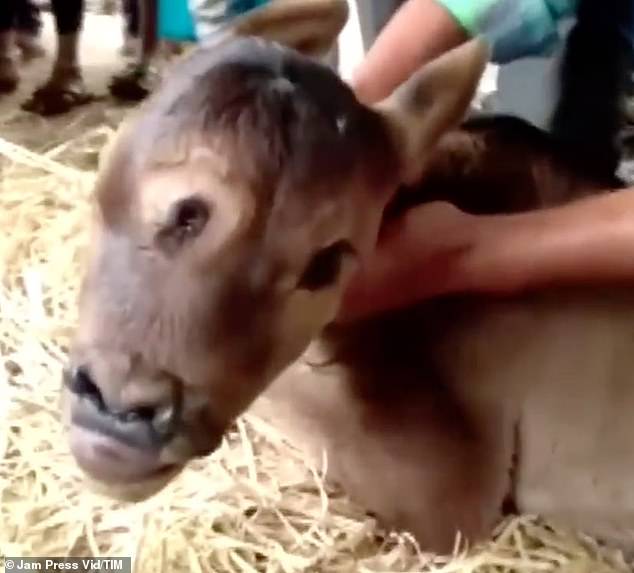 However, private doctor Madan Anand warned people not to get too carried away, saying the extra eye and nose are “just another case of deformity”. 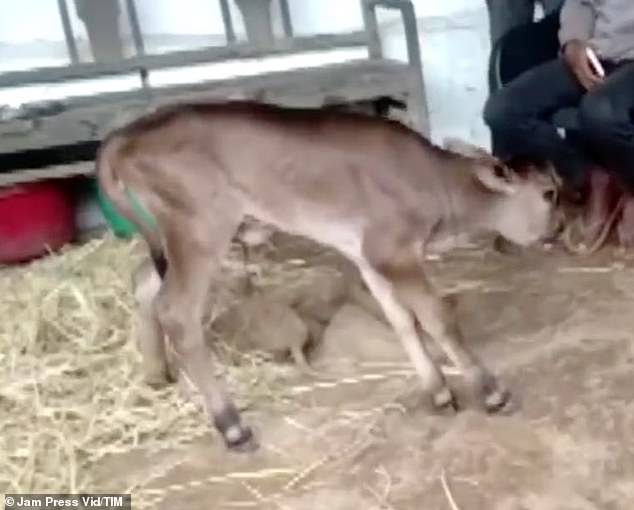 The third eye and extra nose are understood to be the result of a hormonal disorder. 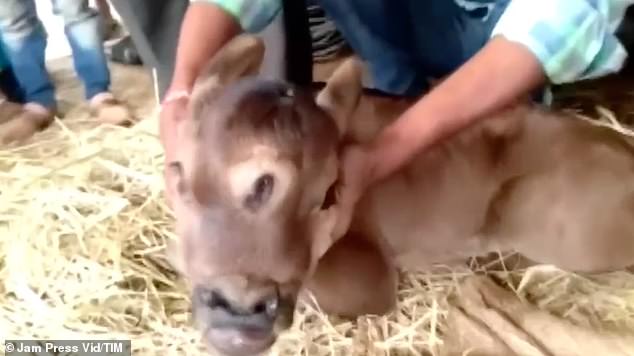 Locals have also left gifts such as coconuts and flowers for the calf.

‘The calf moves normally and drinks milk from the mother’s udder and makes good use of the third eye on its forehead.

“It’s more like God has visited us,” Neeraj said.

However, private doctor Madan Anand said: ‘The birth of a calf is just another case of deformity. It has nothing to do with superstitions or even faith.

‘People need to be aware, especially those who are from rural areas who tend to adore these animals.

‘Local veterinarians in their respective domains carried out awareness campaigns to prevent this type of practice.’