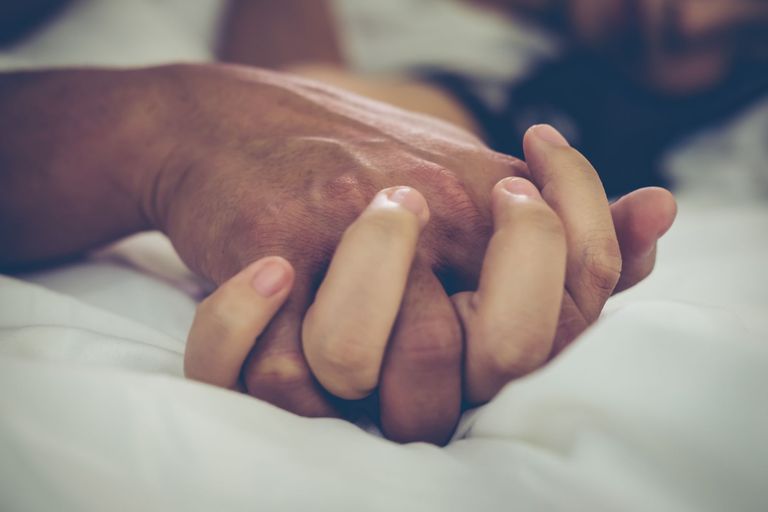 What are the most recurrent sexual fantasies?

Sexologists consulted by REPORTING! agree that we all have the ability to generate sexual fantasies, developing them or not will depend on the history of our sexuality. As our sexual organ par excellence is the brain, that’s where the specialists focus to talk about the subject.

Do we all have fantasies? “Yes, all people can fantasize,” says Pereyra. And he quotes the New Zealand psychologist specialized in sexology John William Money, to say that “sexual fantasies entertain the head allowing us to concentrate on pleasurable situations and without censorship.” He adds: “They are ours and no one else’s, they are at our entire disposal, there is no one to prevent us from imagining them.”

The gynecologist and sexologist Sandra Magirena ponders sexual fantasies and talks in tune with his colleagues. Remember that the brain is the sexual organ par excellence and expands: “All the machinery of the sexual response is a fine precise clockwork system between chemical neurotransmitters that cause desire, arousal and orgasm to appear.” And he follows his didactic explanation, as if he were speaking to his thousands of consultants on Instagram live.

“Imagine that the brain is a machinery to start the sexual response and eroticism is the gasoline that this engine needs to start working. When we talk about eroticism, we talk about that internal energy, that possibility that makes us feel desired and desired people. And that’s where sexual fantasies come into play.” And he synthesizes: “A sexual fantasy is the appearance of an image, of a memory perceived or not by the five senses, which is built within that imaginary machinery that is inside the brain and that awakens sexual sensations in us, makes us desire, and you can even have an orgasm without being in the presence of a person or in dreams, for the simple fact that this sexual fantasy appears.

Analía Pereyra emphasizes that fantasies serve to feed our eroticism. What is eroticism? “It is the art of feeling and causing pleasure, taking advantage of the multiple possibilities of the five senses. Eroticism is sexuality transformed by the imagination”, he expresses. He adds that the intensity of eroticism waxes and wanes. “As eroticism has to do with mystery, to many couples who have been together for a long time and show a lack of desire for routine, we usually recommend enhancing their couple erotica by discovering and exploring other possibilities, opening up everyone’s feelings the senses and give rise to new pleasures”.

She acknowledges that, in her experience, people find it hard to talk about sex openly even with their partners. That is why he says that it is always recommended to find a moment so that each member of the couple can express what they like and what they would like to explore or do as new. “On many occasions they tend to be afraid of what the other person will think, if their thought or idea will be judged and if they will move away from him or her because of what they think and fantasize, which is why open and sincere dialogue with them is of fundamental importance. the couple or love bond”, he proposes.

Is there a lot of diversity of fantasies? What are the most common? Pereyra clarifies that since fantasies are specific to each culture and each historical moment, what can be expressed in thoughts now is not the same as what could be fantasized fifty years ago.

The sexologist Denise Regadio clarifies that there are personal fantasies that work in our minds and carrying them out does not always bring good results. “Sometimes a fantasy works better as a trigger or as an arousal content, but not to make it happen,” he says. And it exemplifies with the large proportion of women who fantasize about being with another woman and who, however, do not have the specific intention of carrying it out beyond that game of imagination. Sigmund Freud he defined them as “performances not intended to be executed”.

Sandra Magirena, along these lines, maintains that there are fantasies that, as their name indicates, would be impossible for them to occur in reality. “As long as that remains in the person’s imagination, it has validity and potential to recreate their sexual desire. For example, one can have fantasies of having sex with more than one person, or having sex with a person of the same sex, and not put it into practice, but in the brain and in the machinery it works as such”, he says.

But it contrasts with a situation that he considers delicate: “One can have the fantasy of having sex with someone impossible, now if that fantasy leaves the sphere of mental recreation of that person and takes place against the will of the other person or against a norm of healthy and consensual social coexistence can generate a serious problem”. And give another example. “There are people who get excited thinking that their partner has sex with another person. That, if it is in your fantasy creativity there is no problem. Now, if you force your partner to have sex with another to fulfill your fantasy, it already becomes paraphilia, which is abnormal, non-consensual behavior that harms the other person.

Analía Pereyra also puts the focus here: she separates the plane of fantasy from that of reality. “A fantasy can remain there, in the imaginary place, remain hidden, elusive. It can also come out, be said and even materialize. There is no compelling need to put all the fantasized desires into action. If you decide to put one into practice, the recommendations are usually: as a first step, start imagining that action, with whom you would carry it out, in what place, in what way, try to feel what the fact of thinking about taking it to action generates, if there is comfort and if it would be possible, in this way the point is to get closer to the action little by little, ”he describes.

And he emphasizes the point that his colleagues also highlight: “It is necessary to emphasize that the realization of any fantasy can never imply the violation of the right of another person, that is the limit. Express consent, always.