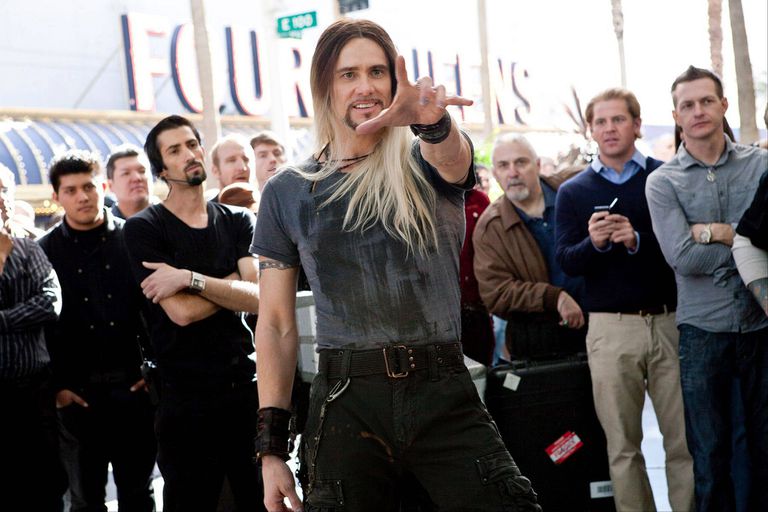 What I see? The incredible Burt Wonderstone, a magic show to celebrate Jim Carrey’s 60th birthday


On Monday the 17th Jim Carrey turned 60 and there are still deep disagreements about what his true identity is. The open controversies about the characteristics of his personality as an actor, the path he took in the cinema and the contribution he made to the evolution of comedy did not vary too much from what was said about him when he began to become famous, in the 90’s.

From the discovery of The Incredible Burt Wonderstone (The Incredible Burt Wonderstone), a misunderstood 2013 comedy directed by Dan Scardino that was never released in theaters in Argentina and was a resounding failure of critics and audiences in the United States, we find the momentum again to ask ourselves which Jim Carrey we finally stayed with. With the histrionic and hyperactive maker of funny faces and facial expressions that he often puts at the service of a comic without flight? Or with the actor who disappears completely to assume with an intensity rarely seen the inner life of some of his best characters?

To the secondary character that Carrey plays in The Incredible Burt Wonderstone it was his turn, like the entire film, to go almost completely unnoticed at the time. It would be unfair for this to happen. Surely it will be relegated compared to other appearances in the cinema (curiously alien to its original field, that of comedy) that are always talked about: The Truman Show, Eternal Sunshine of the Spotless Mind and above all Andy’s world, the moving personification of the now almost forgotten Andy Kaufman.

This last film was the trigger for one of the great documentaries about Hollywood made in recent years, Jim y Andy (2017), by Chris Smith, available on Netflix, in which an admirable parallel is drawn between the evolution of the actor’s career and this role that acquires a remarkable significance, especially for the way in which Carrey “disappears” during the shooting of Andy’s world and lets Kaufman (who died in 1984, barely 35 years old) take his place in an exercise in extreme artistic possession. Many still wonder today how Carrey, a movie star who at his peak earned $20 million per film, got to that point. In fact, he was the first Hollywood figure to do so.

It’s been a long time since thenAndy’s world is from 1999) and the Canadian’s film career experienced a few leaps, some as extreme as the episode we have just narrated. Most of them (added to some very controversial and unrewarding episodes of his personal life) notoriously affected Carrey’s star and progressively undermined his career, until at a certain point he became an industry outcast.

must see in cannibal loves (The Bad Batch, 2016, available on Netflix) to check it out. In this black tragicomedy, set in a dystopian world that naturalizes cannibalism, among other things, Carrey appears in the middle of the plot, almost unrecognizable, dragging a supermarket cart and with a stamp of homeless, in the middle of the desert and under a scorching sun. That appearance as a person who seems to be completely completely out of the world, even within that post-apocalyptic reality, has enormous symbolic power.

Three years before, decided to join the cast of The Incredible Burt Wonderstone as if it were a return to the sources. Carrey is here the counterpart of the protagonist, whose (artistic) name gives the film its title. Wonderstone (Steve Carell) is a lonely, introverted and bullied boy whose life changes after he receives a set of magic tricks from the legendary Rance Holloway (Alan Arkin) as a birthday present. Together with his only childhood friend Anton Marvelton (Steve Buscemi), the arrogant Wonderstone becomes a star of illusionism and his show in Las Vegas is the great attraction of the hotel run by one of the local tycoons (James Gandolfini, in a of his last appearances).

Everything seems to be going smoothly until a histrionic “street magician” appears in Wonderstone’s path, willing to put his body (said this in the strictest sense of the term) at the service of illusionism. It is here that Jim Carrey appears in the story with a character named Steve Gray, who has rocker hair, an almost always naked torso, an air of superiority and a physiognomy immediately associated with the authentic portrait of the successful media illusionist Criss Angel.

Carrey returns here with slight variations to his usual character, the one that launched him to fame and gave him enormous popularity at the beginning of his career, thanks to The mask Y Ace Ventura, among other titles. We see him again with a total mastery of facial expressions and the expression between swagger and fool of who supposedly knows it all.

Ezequiel Boetti explains it very well in the chapter dedicated to Carrey in his essay on New American Comedy published in 2018 by Paidós, within the Cine Pop collection. “If there are forty muscles in the face, he moved forty-one. That torsion capacity gave him a cartoonish virtue that he knew how to exploit through a logic of anarchic behavior worthy of the best school of cartoons”, he points out in that book.

Para Boetti, The Incredible Burt Wonderstone It is Carrey’s last great comedy, a fleeting vindication after a long series of artistic failures and personal problems. “He looks calmer and more rested, with extreme yet controlled gestures, at the service of the film and not the other way around,” he adds. It was a recognition that came a long time later, because at the time of its release the film did not meet expectations. To make matters worse, in 2015 an ex-girlfriend of Carrey, makeup artist Cathriona White, died of an overdose. The consequences for the actor were devastating.

It took a long time for Carrey to return to the foreground. They helped him a lot in recent times his impersonation of Joe Biden in Saturday Night Live and a successful reappearance in the cinema at the hands of the villain of Sonic, a hybrid between digital animation and flesh and blood characters that awaits the premiere of its second feature film this year. Carrey felt in his natural place again: the character seemed to come out of some drawn adventure.

In 2017 Carrey returned to his native country to receive a lifetime achievement award in Montreal. It was presented to him by one of the kings of New American Comedy, writer-director Judd Apatow, who recalled witnessing Carrey’s first steps in Canadian comedy clubs in the late 1980s and early 20s. “He would go on stage every night and improvise his entire set. His goal was not to repeat a single line from any other night. It was the funniest thing I’ve ever seen in my life,” Apatow said.

Praised and despised in equal proportion, Carrey has admitted more than once that he is not about to go for comedy or drama. “It’s all about creativity. Sometimes I’m serious, sometimes funny. It is not appropriate to separate the two things, because they come from the same place. I don’t prefer one over the other. Comedies are made in the cinema by people who suffer, for viewers who also suffer. Any form of expression can start from something painful”, he once said. The phrase is a complete synthesis of the life and career of an actor who has just reached the age of 60 at full speed.

The Incredible Burt Wonderstone is available on HBO Max