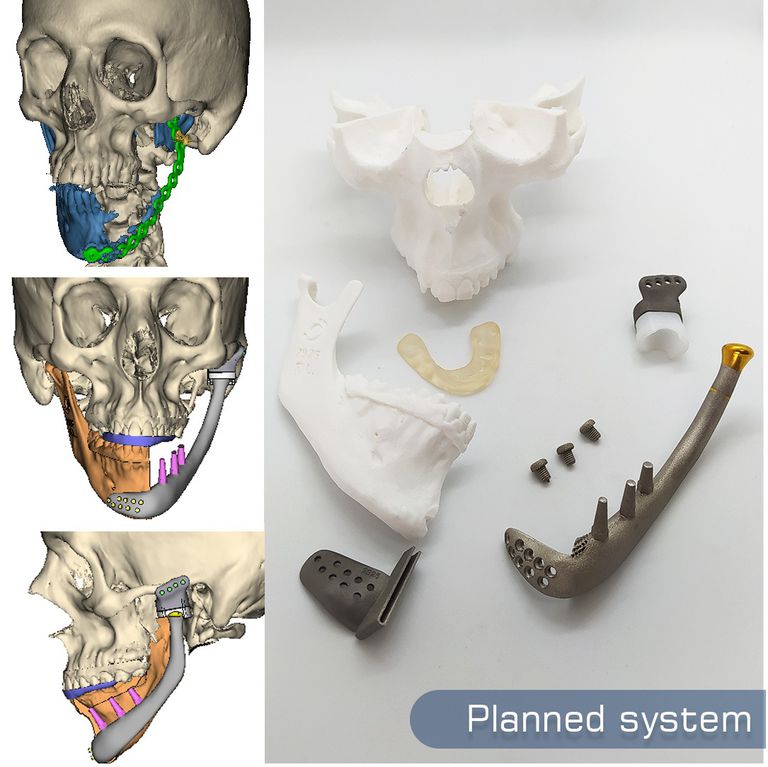 CORDOBA.- One Bangladesh builder had an accident at a construction site Dubai -a crane fell on him and crushed his face- was operated in India and the maxillofacial prosthesis that was placed It was made in Cordoba. The company Raomed, was born 12 years ago in this city, and about five years ago began to venture into the foreign market. Design and manufacture custom bone implants; produces between 1000 and 1500 a year. They are 3D printed in titanium or biocompatible polymers.

The company was founded by Santiago Olmedo with the aim of being a pioneer in personalized medicine and 3D technologies applied to the medical area. Olmedo had experience in standard implants, which are adapted by surgeons to the needs of each patient. He decided advance in the opposite way, in a model that at that time was beginning to be used abroad and was innovative.

Today, in Argentina, the firm is a leader and is the first certified by Anmat for the exclusive development of this class of products. In the world, most of its competitors work within medical clinics, they are internal units. The prostheses cost between $500 and $5,000.

With national and international certifications, the company it exports to all of Latin America, India and is entering the European market through England. The CEO, William Jofre, points out that this is a “paradigmatic” case of knowledge industry export, with last generation technology.

They handle complex cases. Developments start from computed tomography images of the patient; with a specific software they do the mould, hold between two and three planning sessions with the surgeon and design the replacement prosthesis. They print it on the agreed material and send it to the place in the world where it is needed. The entire process takes a few three weeks.

The company’s specialties are implants for neurosurgery (skull); for the maxillofacial area (they develop solutions that restore functionality and aesthetics); thorax and traumatology and orthopedics. The greatest complexity is in the first two. In general, the prostheses are printed in titanium for medical use, which, like biocompatible polymers, is imported.

“At the beginning it was very difficult to enter the market because, in those years, only top-of-the-line surgeons used this type of implant – Jofre describes – Over time this type of solution expanded”. The start was working with the most prominent hospitals and sanatoriums in Argentina.

For Jofre, the challenge grew when they decided to go out into the world: “Slowly we began to venture abroad; the Indian market is the one that is growing the most and the Latin American market where we are already more entrenched”. The contacts are with medical centers and, from there, the orders are made and planned by the surgeons.

The company employs 20 engineers, most biomedical. From a strategic point of view, exports are the company’s big bet.

Córdoba is the district that concentrates more than half of medical technology exports from the country; It has three leading companies in the segment that even have production plants abroad. The core is made up of Promedon, which since 1985 has been producing solutions for the specialties of urology, urogynecology and endourology, employs 580 people and reaches 50 countries; Silmag, installed in Las Higueras (southern province), which for 28 years has been a leader in single-use biomedical material (catheters, probes), employs 170 employees and exports to some 30 markets, and Tecme, probably the best known because it is the manufacturer of electronic respirators for intensive care rooms; reach 50 destinations. The three are part of the export cluster promoted by the province’s Chamber of Foreign Trade.

The production of medical technology represents, according to official data, 0.7% of the Gross Added Value generated by the entire manufacturing sector. In terms of foreign trade, the sector is equivalent to 0.1% of exports; it is a structurally deficit sector due to the purchase of more technologically complex products.