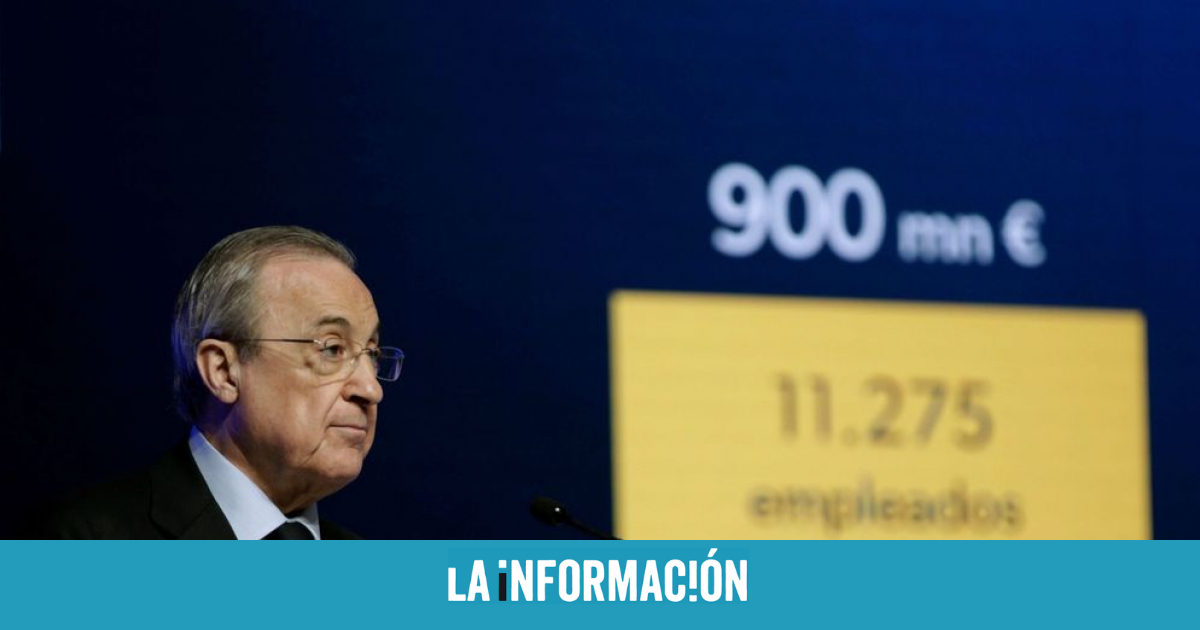 
The final acceleration of ACS to close the sale of Cobra to Vinci before 2022 has given the construction company enough margin to be more generous with its shareholders. The company he presides over Florentino Perez plans to sign up €2.3 billion for the capital gains from the transfer of its industrial services subsidiary. In parallel, the group prepares a improvement of the 2021 dividend to 2 euros, according to close sources consulted by La Información.

The construction group’s board of directors agreed to pay a flexible interim dividend for 2021 of 0,468 euros or the delivery of a new title of the company for every 50 old ones. This was reported by the company to the National Securities Market Commission (CNMV) a week ago. Consequently, market sources are confident that the complementary dividend, which will be paid in July, can reach 1,532 euros. All these extremes must be ratified in the next general meeting of the company.

The company informed the market of the closing of the sale of Cobra for 4,902 million euros last December 31. The company detailed in a relevant fact sent to the CNMV that the group had obtained a net capital gain of not less than 2.9 billion for this operation. ACS’s intention to record only 2,300 million in capital gains in last year’s financial statements allows us to assume that the company the remaining 600 million will be reserved in anticipation of possible eventualities, while a large part of the total will support the improvement in shareholder remuneration.

The signing ‘in extremis’ of the public deed of sale of Cobra has allowed ACS to put the finishing touch to a good year, where the group’s results were reinforced by the recovery of all its business areas after the pandemic. The impact of the operation will already be reflected in the 2021 financial statements, where the capital gains, even discounting taxes and the 600 million that will remain in the ‘reserve’, will exceed the operating profits of the construction company.

In 2020, ACS recorded a profit of €574 million, a 40.3% less than the previous year due to the coronavirus health and economic crisis, when the group’s result was €962 million. At the close of the first half of 2021, the group earned €351 million, 4.8% more than in the same period of the previous year, driven by the good performance of traffic on the highways of its Abertis concessionaire.

It is precisely in the field of concessions where ACS has focused its focus. Once the sale of Cobra is closed, of which only the segregation is pending (carve out) in favor of ACS of certain assets, the company led by Florentino Pérez now has more muscle to reinforce its weight in infrastructure concessions. The construction company is looking for new opportunities in the international market after missing the train of Highways (ASPI), the Italian toll motorway giant that the Benetton family put up for sale last spring and in which ACS came to show its purchased interest without submitting a formal offer.

ACS is reluctant to offer more details about what it will allocate the almost 5,000 million from the sale of Cobra, but the company has defined its strategy behind closed doors. The company’s roadmap is to extend the ‘Abertis model’ with the acquisition of powerful minorities that give the Ibex 35 listed company a controlling position in its new investees. Geographically, the group’s priority is to ‘put the pike’ on the highways of the United States, where the president’s powerful infrastructure plan Joe Biden has captivated the Spanish giant.

The market expects the company to report on the destination of the 5,000 million from the sale of Cobra (to which a variable payment of up to 600 million must be added) before the next shareholders’ meeting, according to various financial sources. In addition to the investment in concessions, ACS has shown signs of its strong appetite for renewables. Beyond specific operations, the company is immersed in a change of course that aims to break the corset attributed to the construction segment to integrate more and more into that of the large concession groups, where investors welcome higher levels of leverage.