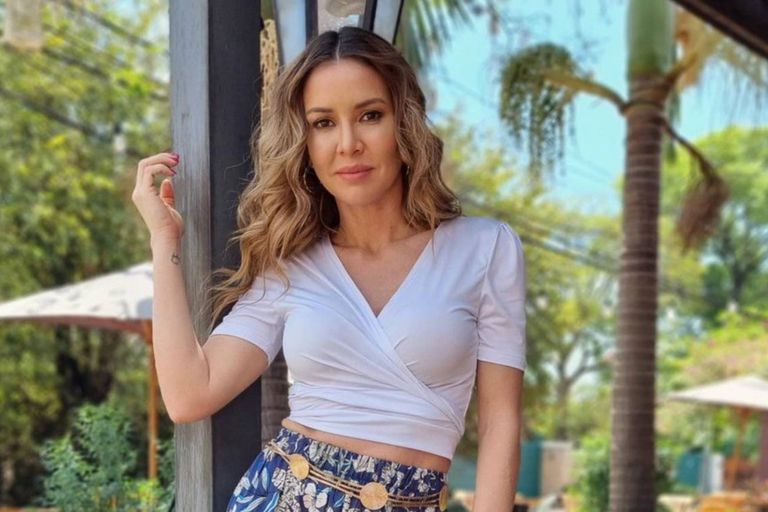 
Fabián Gianola was denounced for harassment and sexual abuse with carnal access. The actress Fernanda Meneses and the announcer Marcela Viviana Aguirre went to court and recounted the events to which they were subjected. However, the rumors of uncomfortable situations caused by the actor are numerous and, despite that, he insists on his innocence. Now, Dallys Ferreira spoke of the unpleasant moment he went through in 2014.

“I lived absolutely unpleasant situations with him. He behaved very badly with me along with another colleague who had spoken about me. I was going through a very difficult situation due to the suicide of my brother, ”explained the former participant of Dancing for a Dream, in dialogue with in the afternoon (America).

Despite publicly denouncing a pivotal episode, the Paraguayan actress assured that It was not harassment by Gianola. However, consulted about the mentioned moment, she recalled that it happened when they were part of the work Be unfaithful and don’t look with whom (2014): “There was an unpleasant situation in my dressing room and nothing more. He came, greeted me and instead of giving me a kiss on the cheek, he gave it to me on the mouth”.

Quickly, the journalist Diana Deglauy He interrupted her and opined that at present it is necessary to analyze certain situations that years ago were naturalized. “Perhaps you still you see it as an unpleasant situation but it is harassment”, emphasized the panelist of the cycle addressing Ferreira. In addition, he pointed out that precisely one of the women who denounced the actor referred to a similar attitude when greeting her.

“I don’t know if that’s harassment. For me it is when it happens systematically or from someone who has power over me”, defined Dallys. In turn, he revealed that at the time he received that kiss by his partner he noticed the discomfort and that episode was not repeated.

However, he insisted that He went through numerous unpleasant situations with the actor and with another partner, but he preferred not to give details or reveal the identity of the latter.

In 2014, the actress had already spoken publicly about this moment with the actor. At the time Gianola denied the accusations and threatened to take her to court. Eight years after that scandal, those words take on great relevance despite the fact that the former vedette does not define it as harassment nor has a formal complaint been made, coincides with other reports of inappropriate behavior against women.

On January 19, the actor returned to refer to the complaints against him on Instagram, as he had previously done through a video, and it was forceful. “I am innocent of all charges and am deeply affected for the attacks received by the media”, he wrote and named his lawyers as those authorized to speak on his behalf. “Thank you to everyone who supports me. I’m still for you,” he closed.