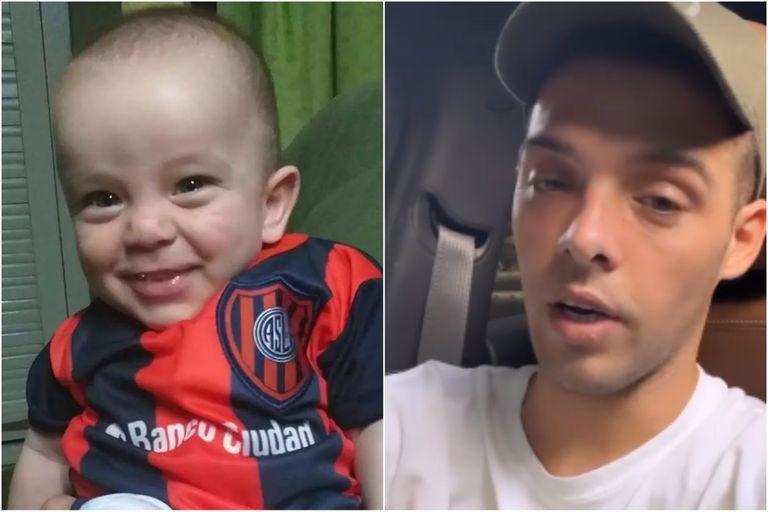 Ezra died, the boy for whom Santi Maratea made a millionaire campaign


Ezra, one of the children Santiago Maratea helped raise funds for his treatment, died on January 20. The little boy had been hospitalized since December at the Posadas Hospital and died of a complication due to DIPD, a cancer in the brainstem that compromises basic functions. Aware of the news, the influencer dedicated a meaningful message to him.

The news spread through social networks, where the child’s family and Maratea made publications with which they fired the little one. Ezra’s parents shared a video on the account they created on Instagram to spread information about their son’s health.

“And one day you decided on freedom, you tried what it was like to fly and you fell in love with the clouds. One morning you wanted to rest and tell the cancer that it could have you in body, but not in soul., began the moving message that was published on the social network.

In the filming, different scenes of the little boy were seen from his birth, and with his parents, who usually called him “budita”. Desolate with the sad outcome, they expressed: “Our miracle was you from the moment you opened your eyes and it was your laughs putting color to the rooms of the house. The miracle was hearing your voice. The miracle is and always will be you.

In addition, Maratea also shared a broken heart emoji in her stories on a completely black background as a sign of mourning. In a video, he also expressed his pain for what happened: “Sad news, I don’t know how to communicate this, I think I’ll never learn. The only important thing is to send all my support to his family, I admire them very much. It breaks my soul that they go through this”.

Thanks to the support of the influencer, Ezra was able to go to Houston, United States, to start treatment and he was about to travel again when his condition became complicated.

In July 2020, the influencer started a campaign on social networks where he joined several causes, and where he managed to gather $51,000 for the first three months of treatment.

On that occasion, he also raised a million pesos for Mariana Laspiur, known as the celebrity hairdresser, who suffered a terrible accident when the elevator she was going up collapsed. Lastly, he secured a $30,000 donation for the treatment of broadcaster Julio Sosa, who suffered from amyotrophic lateral sclerosis (ALS) and died in August.

On that occasion, the influencer expressed his emotion after raising a millionaire sum. “We got it all. I knew it, between the ricoteros and Ezra’s cheeks, you didn’t have to make much effort. We just had to make a good plan and so we did. We got $15,922,000”, he commented.

This is not the first time that Maratea has started a campaign to help a child suffering from DPIG. In August 2020 he did the same with Ignacio Tadeo Mavian, age seven, who was finally able to fly to Houston with her parents to begin treatment.

This type of cancer has no treatment in Argentina, so the only option that exists is to travel to the United States where there are records of successful cases.