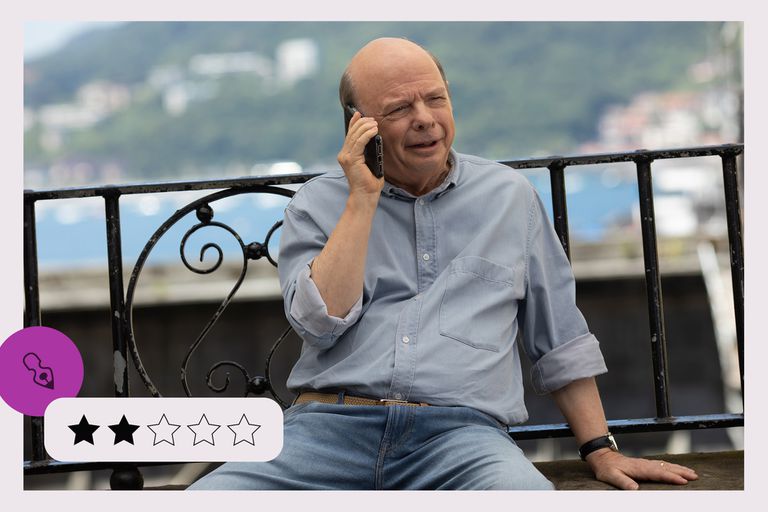 The careers of various film directors consist of playing the same themes over and over again, using the same stylistic devices. Woody Allen is one of those cinematographic authors who has dedicated his work to the construction of his own universe, centered on a character who functions as alter ego of the director and in which love problems are mixed with philosophical questions, all under a humorous perspective.

With his regimen of writing and directing one film a year, the repetition in Allen’s films is even more pronounced. It almost seems that the audience is attending the screening of multiple drafts of a future film, better than the one they are seeing on the screen. This feeling has grown in recent years, in which more solid films (such as Midnight in Paris The Café Society) they are an exception among many others that look like lackluster copies of the author’s work, which reached its zenith in the 1970s and 1980s.

Move away from New York, main stage of that universe Alleniano for 30 years (only a handful of the 30 films he made up to the turn of this century were set elsewhere), it opened up new aesthetic and narrative opportunities for him. But Allen has become a film tourist, taking his New York universe with him to Europe, where it is easier for him to get funding to film and he is away from the scrutiny of the press over allegations of sexual abuse of his daughter.

The nostalgia for New York is especially felt in Rifkin’s Festival, a new foray by the director into several of the topics that interest him: love affairs, the search for professional success and cinephilia. The natural beauty, the building elegance of San Sebastián and the glamor of the film festival, highlighted by Vittorio Storaro’s photography, offer a counterpoint to the situation of the protagonist, Rifkin (Wallace Shawn), a writer plunged into a personal and professional crisis that makes him miss New York even more. While his publicist wife (Gina Gershon) gets too close to his client, a young and admired French film director (Louis Garrel), Rifkin indulges in his hypochondria. The symptoms bring him to Jo’s office (Elena Anaya), a doctor who has her own conflicts.

There are several interesting points in Rifkin´s Festival that Allen doesn’t explore too much, sticking to what he’s used to. The director follows in the footsteps of his own style of comedy, feeding Rifkin’s dialogue with humorous sentences, one after the other. But the jokes do not achieve the desired impact. Perhaps it is because there is an inherent sadness and melancholy in the protagonist’s story that cannot be erased with a funny comment. There is a clash of tones between what emanates from the story and the way Allen chooses to tell it.

Rifkin is in crisis with his profession and with the idea of ​​achieving literary success, which perhaps did not even interest him that much. At the same time, he sees his marriage fall apart. Through a series of night dreams and daydreams, shaped according to his moviegoing preferences, with quotes from Bergman and Buñuel, he analyzes his past in order to find his future. Of course, this crisis can come in the form of comedy: Allen has filmed masterpieces based on similar situations, but here the director’s attempts –including parodies of classic films– are not enough. The viewer watches and listens to the attempts at comedy pass, barely smiling at some scene.

The melancholy ends up winning over the comedy and Allen doesn’t seem to ignore it entirely; even the choice of Shawn as an alter ego is a bet on an actor with a brilliant comic sense but also owner of a sensitivity that brings softness to his roles.

An untapped source of comedy is the film festival, its characters and situations, which can be curious for those who do not usually attend them and an inside joke for those who know their secrets well. However, the writer and director barely rehearses some superficial gags, closer to the prejudices that exist about this type of event and about filmmakers, than to a sharp look that discovers the falsehoods of the world of cinema. Behind all this there is a position of Allen on current cinema, disconnected and disillusioned. Through Rifkin, Allen reaffirms that his cinephilia is based on Bergman and Godard and nothing new can surprise and satisfy him. Perhaps for this reason, it is increasingly difficult for him to achieve these goals with his own films.