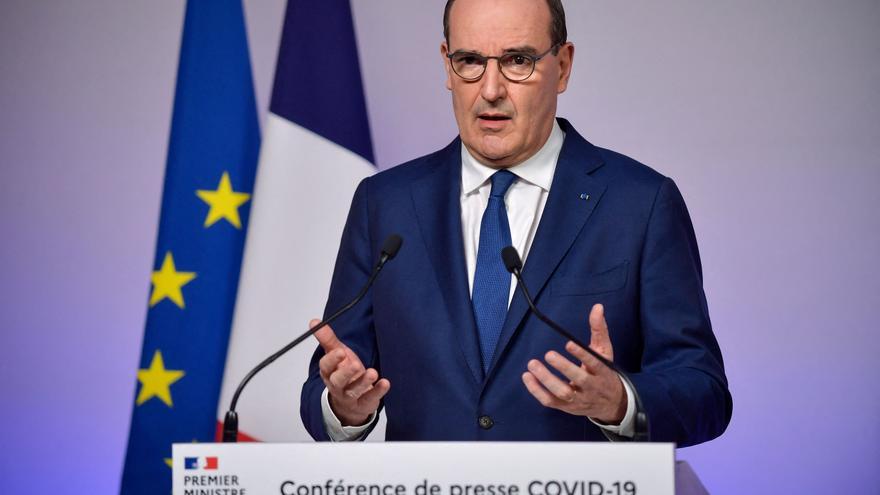 France will gradually lift most restrictions from February


The use of the mask on the street will no longer be mandatory in France from February 2. The French government announced this Thursday afternoon a progressive relaxation of the restrictions announced in December to deal with the multiplication of cases of covid-19. In addition to the mask outdoors, the requirement of a minimum of three days of teleworking will also end next month and the capacity restrictions, up to a maximum of 2,000 people indoors and 5,000 outdoors.

“The wave because of omicron starts to recede in those regions where it hit first”, as in the Paris metropolitan area, assured the French Prime Minister, Jean Castex, at a press conference at the Matignon Palace. “We have entered a new stage of the epidemic,” said Castex, who underlined the danger “clearly less severe” of the new variant. “We have good reason to expect a health improvement in the medium term,” he added.

The head of government also announced the reopening of nightclubs and the return to almost normality in nightlife – the mask will continue to be mandatory indoors – from February 16. In addition, he took advantage of his speech to indicate that next Monday the vaccination passport, necessary to participate in practically all leisure, cultural and sports activities. Its application will depend, however, on the decision communicated this Friday by the Constitutional Council, the French equivalent of the Constitutional Court.

As has happened in the rest of the Old Continent, the appearance of omicron, much more contagious but less dangerous to health, has led to record numbers of infections in the neighboring country. In the last few days they surpassed the 400,000 daily. However, the high percentage of the vaccinated population — around 80% received at least one dose — has made it possible to resist the proliferation of cases. More than 3,800 coronavirus patients are hospitalized in intensive care units. Some high data, but they represent half of the peaks of the previous waves.

These announcements take place 24 hours after the United Kingdom announce the end of mandatory use of the mask and the health passport, from January 27. The irruption of ómicron and the alteration of society that it has brought about has not only outraged French professors, but has also affected the public image of the government of Emmanuel Macron.

One 45% of the French —ten points less than in October— assures trust your management of the health crisis, according to a recent survey by the OpinionWay institute. When there are less than three months to go before the presidential elections, the high-ranking Macronists follow these indicators in detail. Now they try to correct them with this progressive return to a normal life. Even Castex clarified this Thursday Macron’s will to piss off (make life impossible) to the unvaccinated. “I am going to be very clear. The vaccination passport may be suspended if the hospital pressure is reduced considerably”, he stated about the vaccination certificate. And that has not even entered into force.