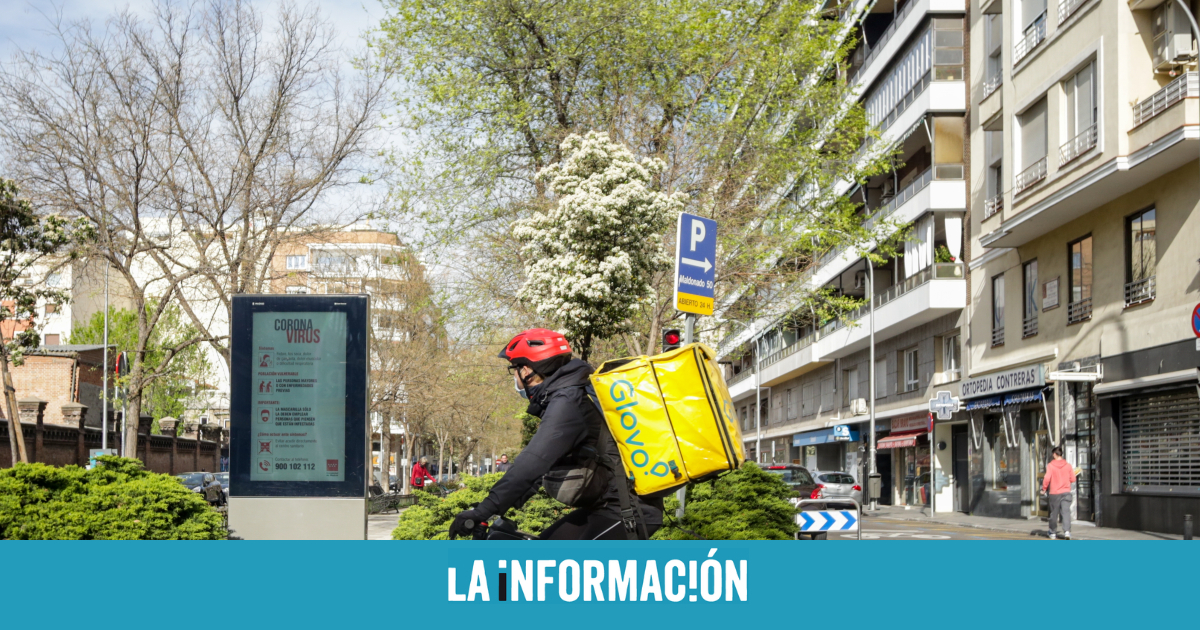 
There are still many weeks ahead until the sale of Glovo a Delivery Hero. And so that the wait does not become a headache, several of Glovo’s minority partners work to build a shield, with financial products such as derivatives, with which protect against the fall of the capitalization of the German giant, which is around 20%. In the negotiation with the owners of 40% of the titles, among which were Drake (Papa John’s) or the Spanish fund Seaya Ventures, they accepted that there would not be a floor that would prevent a lower exchange in the event of a reduction in the price of the buyer.

Despite the hidden shareholder battle of the last two years, which broke out at the end of 2020 with the syndication pact promoted by the leadership led by the CEO, Óscar Pierre, the valuation at which the operation was closed was very similar to that of the last round led by Delivery Hero itself which was signed last March. According to documentation accessed by Minority Shareholder Information, the valuation was almost 2,300 million euros. Eight months later, just a few hours before the New Year, the sale was signed, which at that time valued 100% of the company at 2,600 million, including debt and some other aspects.

It was signed without a great appreciation in the value of the startup, despite its growth, and without what is known as ‘collar agreement’. In other words, in many of the transactions in which the consideration is paid in shares and not in cash, a clause is introduced that creates a ‘floor’ and a ‘ceiling’ in the price of the buyer’s securities. This allows to avoid fluctuations in the stock market while it is closed definitively after achieving all regulatory clearances. As explained by up to three sources in the sector, it is not unusual for this formula not to be included in purchase agreements within the same sector and is justified by the fact that if the acquirer falls, so will the acquiree. However, in this case the company directed by Pierre is not listed and, furthermore, the logical thing would be for its value to grow and not vice versa.

This absence of caps has been accepted by sellers in the belief that the company will raise its price. But nevertheless, he has done nothing but go down, as is happening with other giants in the sector such as Just Eat Takeaway or Deliveroo itself. This has set off alarms and is leading minority shareholders to make a move, seeking legal advice to implement a shield based on financial derivatives, which cover at least part of the potential losses in exchange for a premium. They fight against the clock to try to cover themselves somehow, to avoid significant loss or at least reduce uncertainty. But they don’t have it easy.

As recognized by two knowledgeable sources, it is not particularly easy for a financial institution to now accept a product of this type, three weeks after the signing of the agreement and, above all, with this history of drops in the price in the first three almost three weeks since the signing and with a closing term that in practice is still uncertain (these agreements are common in case they have a relatively fixed exit horizon). This would imply relevant financial costs for some shareholders who, in many cases, had signed the syndication agreement promoted by the management leadership that has given the green light to the agreement.

These small shareholders, with less than 2% of the shares, They don’t have much of a choice either., because staying as partners ‘off the hook’ of Glovo converted into a subsidiary of Delivery Hero (which does not plan to contribute dividends in the short or medium term) “does not make any sense,” says one of the sources. Several hundred partners are pending, since the company’s shareholding has been nourished in recent years by the strategy of purchasing companies with payments in shares and by allowing partial (and not total) sales of the titles in the secondary market to Delivery Hero and others.

Among the partners that will sign this pact is the startup ‘factory’ (‘venture builder’ in jargon) For example, lead by Gerard Olivé Y Michael Vincent. This entity became co-founder of Glovo, after the company they were promoting, Just Bell, merged in 2015. They will achieve a relevant return in the transaction, which is added to what they have achieved in other transactions in the past such as those of Wallapop, which was born within them promoted by both and by Agustín Gómez.

The new owner of the startup has already conquered practically all the institutional investors in the agreement announced on December 31. They agreed not only Seaya Ventures (and its French-Chinese partner Cathay Innovation), Drake The Mubadala, but practically all the large funds that were still in the shareholding. Keep in mind that the fund led by Beatrice Gonzalez had around 3% of the shares of the startup after dilution with the different rounds and their partial sales of titles. The owner of the Papa John’s chain does not exceed 10%, as reflected in the annual accounts of the Glovo parent company presented in the Mercantile Registry. The rest are also below that percentage. Among the venture capital managers that were present were some like Rakuten Capital, Lakestar, Korelya (also a Wallapop shareholder), Endeavor Catalyst The Mubadala.

Seaya Ventures It is the main Spanish investor, although with 3%. Glovo was the big bet of their second investment fund, in which they also coexisted with other companies such as Wallbox. After i had done liquid some of the shares in the past for just over 5 million euros, valued after the March round their 3% at just over 70 million euros (leaving a total company valuation of $2.3bn). This means that in the event that it can maintain the exchange price more or less controlled, it would return less than 80% of the vehicle, with which it raised 100 million euros.

While all this is going on, Glovo is already closing some of the purchasing operations in Europe and Africa that had already been signed and were pending. As analysts were warned in last week’s presentation, a total of three had been signed. This Wednesday the acquisition of the 100% Socialfood, a home delivery food delivery platform founded in 2013 in Palermo and which has more than 300 associated restaurants. The objective is to expand the business in the Italian market and consolidate its presence in the south of the country.