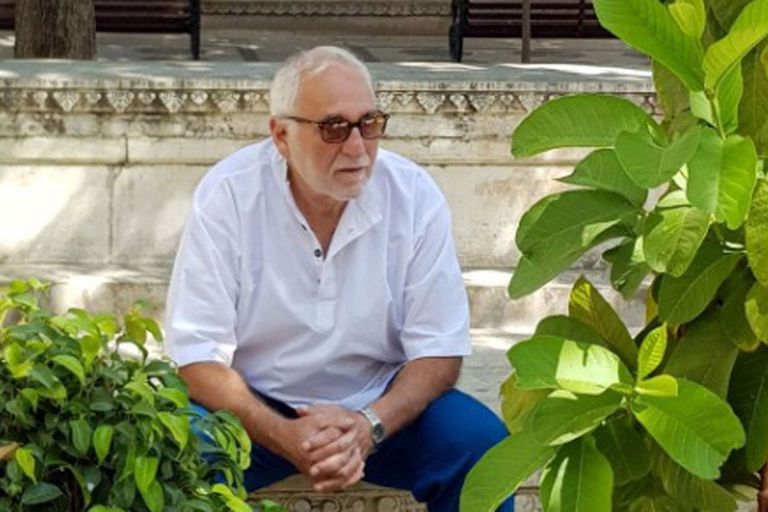 He left Buenos Aires, built a theater in Mar del Sur and is looking for an heir: “Everyone rejected my idea as delusional”


In the town they say Albert Felix Albert gave Mar del Sur more than the town deserves, but for this prominent playwright and filmmaker as Director nothing is too much when it comes to making a cultural contribution to the resort that saw him so happy when he first arrived in the early 1960s during a school camp.

“I wanted to place Mar del Sur within the cultural offer of Argentina”, says Félix Alberto who, after a long career as a teacher, director and reggie (staging) of numerous operas at the Teatro Colón in Buenos Aires, decided to move all its cultural and economic volume to this town of 600 stable inhabitants, natural beaches and a single paved street, located 17 kilometers from Miramar, in the General Alvarado district of Buenos Aires.

This is how the president of the Fundación Teatro del Sur built the first theater in the town on a 15 x 48-meter lot, erected a room of more than 2,000 square meters for some 150 spectators and definitively settled in that wasteland of virgin beaches and wild Waves, after building the house he had always dreamed of: facing the sea.

Now, when the outbreak of covid and the fire that hit the forests bordering Route 11 that leads to the town forced the performances of the Theater Festival to be lowered in one of the most important weekends of the year, Alberto Félix Alberto talks with THE NATION about why he decided to “invest millions” in this place, the search for a successor, the premiere of his work Stained glass windows and the new Film Festival that will begin on February 1st.

“Getting here was a very strange adventure. I came to the campsite in 1966 on a graduate trip as a companion and I loved the place”, he says. “Later, the idea of ​​living in front of the sea accompanied me over the years, and when the opportunity arose to sell the property that the Foundation had in Capital, I decided that with that money from the sale, plus other contributions, I had to come to Mar del Sur, a rather devoid place”, he adds.

“At first they rejected my idea as delusional; the partners wanted us to install a theater in other more important places, such as Mar del Plata or Villa Gesell; but I said: ‘It will be in Mar del Sur or it won’t be’. I fought it a lot and it’s been seven years since we opened the room”, he recreates.

“Last year there was no festival due to the pandemic and this year we had to suspend some functions, but we are always a full room, the neighbors do not pay entrance and the tourists $500″, explains the playwright. Then an obvious question arises, for which no mask is put on: do you make money? “With this I don’t earn money, but the artists who come do, and the public leaves happy. In addition, during the year, the theater works to carry out workshops with the children of the town”, he adds.

―And how much money have you invested in the theater?

Alberto says that the theater, shaped like a cube, is designed to be modified according to the need of the show. In an airy and spacious environment, the public is seated in chairs arranged in an amphitheater form, but that can change. Band recitals can be held in the room as well as film screenings.

“Now we have eight works on the bill. And in February we present the Film Festival, with the support of the municipality of General Alvarado, admission will be free for everyone”, he says.

About Stained glass windows, the play he wrote and directed, starring the actor Federico Balderrama, says that it is “very intimate and of a very personal nature, it is essentially the search of a person who wants to know who his mother was”, he affirms, minutes before making the last dress rehearsal before the premiere this Friday, January 21.

“The room has ventilation and is gigantic, but with covid we are in the hands of fate. We decided to go ahead because we didn’t want to have the frustration of not doing the festival, like last year, but we don’t have it easy. The artists take 70% of the proceeds, as usual, but there is also insurance in case the expected number is not reached”, he adds.

“It is considered one of the 10 best independent theaters in Argentina”, remarks Alberto, and returns to the beginning of everything: “The Foundation sold the building in Buenos Aires, and with that money plus a contribution from the National Theater Institute and the National Fund for the Arts, we got here and put together this ‘wacko’, as some say”.

Before saying goodbye, the man who put Mar del Sur on the country’s cultural scene with a ‘crazy’, recognized with awards Moliere (France embassy), Florencio Sanchez (Uruguay), Carbonell (U.S), API (Italy) and Lifetime Achievement Award (National Theater Institute), He states that he is looking for a successor.

Alberto Félix Alberto says: “I’m 73 years old, I don’t have much time left. I am looking for a successor to inherit all this for when I go with God the father”.

Meanwhile, and until that happens, he will continue to lead the Teatro del Sur, for now “one of the few artistic possibilities of the town”.