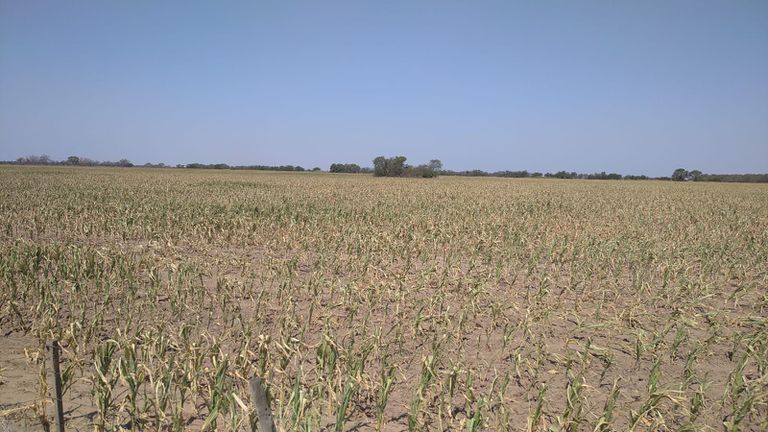 
Precipitation continues in a large part of the agricultural zone, the records are heterogeneous and there are areas in which the recovery of crops, which still has a chance, depends on the rains forecast for the next few days. In the Rosario Stock Exchange they assured that the millimeters fallen since the weekend and the rains announced for, even, next week serve to avoid having to make another cut in yield projections, like the one they had made last week (14% of the corn harvest and 11% of the soybean harvest), due to the effects of the heat wave and the water crisis. However, they argued that they will not be useful to reverse this projected decline.

Cristian Russo, head of BCR estimates, in dialogue with THE NATION explained: “After more than 30 days with practically no significant rain, very low relative humidity below 15 degrees, temperatures that in some areas reached 48 degrees, these rains are going to work so that we don’t have to cut back like we did last time, but we don’t think they will serve to reverse the numbers of estimates that we were drawing”.

Last Thursday the Strategic Guide for Agriculture (GEA) had published a report detailing that corn, instead of having a volume of 56 million tons, as calculated in September, would have 48 million tons. In turn, soybeans would reach 40 million tons, some five million less than those projected in December.

“There are places that have recovered remarkably and others that have not yet found out that the rainy event started, but with the passing of days this will become more uniform. Although there is going to be an important variety in the records according to the area”, explained Russo.

According to the data provided by the Stock Exchange, in the last 48 hours in the NOA, maximums of 50 mm were recorded over San Miguel de Tucumán and Las Lajitas; in the NEA there were maximums of 92 mm in localities such as Sachayoj (rainfall records on 1/18), very punctual in a few localities

In the southern nucleus there were averages of 60 mm, with the best records over the north of Buenos Aires in localities such as Chacabuco, Salto and Pergamino. While in the center-east of Entre Ríos averages of 60 mm, more homogeneous, were recorded.

In the north of La Pampa there were averages of 35 mm, with maximums of 50 mm in América, Trenque Lauquen and Pehuajó (more concentrated over the West of Buenos Aires).

In the Center of Buenos Aires the averages are 40 mm with a maximum of 80 mm in Bolívar and a minimum of 8 mm over Saladillo.

To the southeast of Buenos Aires there were maximums of 50 mm over Balcarce with a regional average of 20 mm, very heterogeneous records between localities.