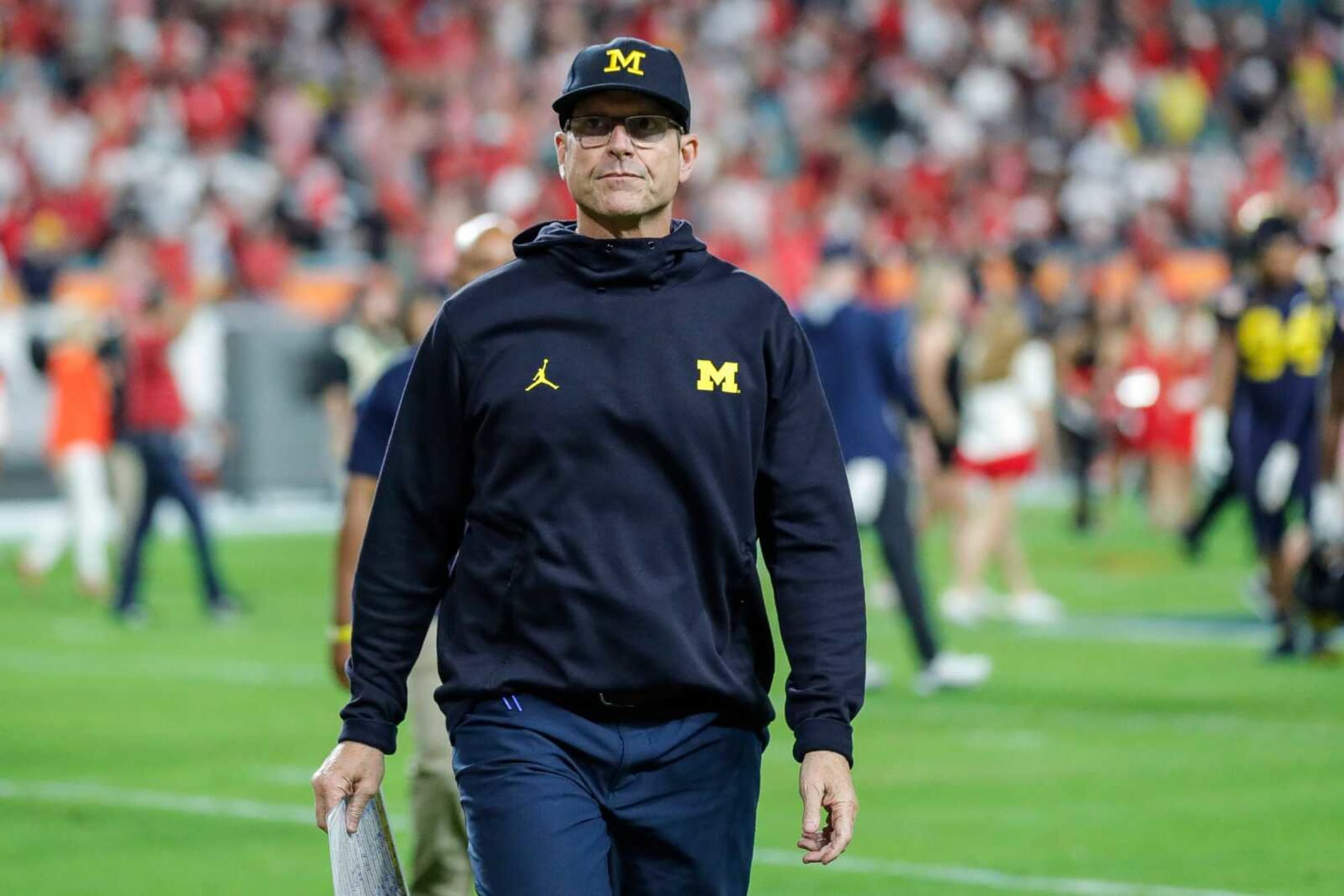 
Michigan head football coach Jim Harbaugh will leave the Wolverines to take the Las Vegas Raiders job if offered, according to Bruce Feldman.

Rumors surrounding Michigan’s Jim Harbaugh have been everywhere since he led the Wolverines to the college football playoff.

Michigan fans may have enjoyed the 2021 season and expected bigger and better things in 2022. The idea of ​​Harbaugh leaving for the NFL hasn’t gone away, though.

Now The Athletic’s Bruce Feldman has given the Wolverines a real reason to worry.

Jim Harbaugh would leave Michigan to join the Raiders

“Sources inside Michigan believe Jim Harbaugh would take the Los Vegas Raiders job if they offered it to him,” Feldman tweeted on Wednesday afternoon.

The possibility of Harbaugh returning to the NFL at any time has always hung over Michigan since he was hired in 2015. While he has spent most of his time as a college head coach, first in San Diego and then in Stanford, Harbaugh had a relatively successful tenure as head coach of the 49ers from 2011 to 2014.

He parted ways with San Francisco when he missed the playoffs that final season, but before that, he reached the NFC Championship or better three times in three years. His 2012 team made it to the Super Bowl and lost to the Ravens.

It’s easy to see why it would be the most interesting college name associated with NFL openings. Unlike Urban Meyer or Matt Rhule, Harbaugh has shown achievement on a professional level.

It looks like it will all come down to what the Raiders do. Las Vegas and head coach Jon Gruden parted ways midseason, and the franchise just fired general manager Mike Mayock. Interim head coach Rich Bisaccia, who led the team to the playoffs, is among several candidates the Raiders will reportedly interview.

For more NCAA football news, analysis, opinions and exclusive FanSided coverage, including Heisman Trophy and College Football Playoff standings, be sure to bookmark these pages.