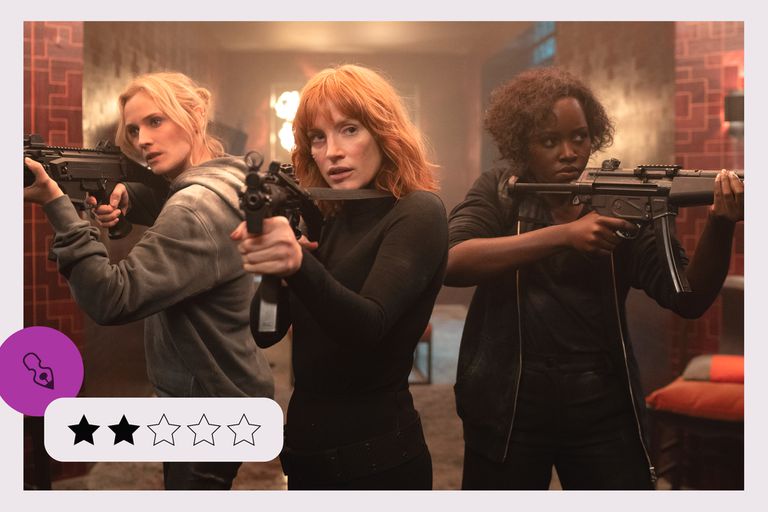 Movie premieres: Agents 355 accumulates stars but does not know what to do with them

Just a few months ago, when the succession of Daniel Craig in the role of James Bond was being discussed and there was speculation about the choice of an actress to play the legendary character, Phoebe Waller-Bridge -guest writer of the farewell in no time to die-, said that before turning James Bond into a woman, it was better to create interesting female characters, with their own identities and with good stories to tell. That mere alteration of gender is what is enshrined in Agents 355, a film that accumulates stars in an espionage narrative that cannot escape the stereotypes that actresses suffered when they were just an ornament of those stories.

Here we have an agent from each secret service: Jessica Chastain She is a member of the CIA, obsessive and lonely, who escapes love stories to keep duty as a priority. Diane Kruger She is a rebellious German intelligence officer whose only bond of affection is her boss and mentor in espionage. Lupita Nyong’o It is from MI6, retired from active service and dedicated to research and teaching, who must necessarily return to action, not without paying a high price for it. And finally, the only character reluctant to arms is Penelope Cruz, turned into a Colombian psychologist for whom the family comes first.

In this tangle of commonplaces, feminist discourses and vertiginous persecutions, the film is nothing more than a clumsy reflection of what it wants to emancipate itself from. The actresses do what they can with characters that are written as the counterproof of an entire tradition: Chastain’s to show that a woman can be as vindictive as a man when she is deceived; Kruger’s, to ensure that she can be so cold when she is betrayed; Nyong’o’s, who can be so upright when she has to hide her emotions.

The title evokes the code of a famous spy whose identity was never revealed, and the plot involves a super-powerful weapon that can destroy the world if it falls into the wrong hands. A classic. However, the alliance that is forged between them, not without suspicion and the occasional disagreement, is always sustained in the extra-cinematic world: the redundant explanation that together they are stronger than the men who have subjugated them. The direction of Simon Kinberg, responsible for the inexplicable X-Men: Dark Phoenix, concentrates solely on the vertigo that he wants to impart to the story at any price. In this effort, everything is fragmentary, the rhythm is confused with speed, and the sequences are extinguished once they have fulfilled the task of providing information.

The one that comes out the best is Chastain, who has shown in notable films such as The darkest night (2011) by Bigelow, or even in the effective Miss Sloane (2016), who is an actress who can carry a complex heroine on her shoulders, with believable contradictions. In agent 355 takes on the only real conflict running through the group, plays out the best action scenes, and puts the biggest push into making the whole dynamic work beyond the script. Perhaps when thinking of their own narratives, it would be best to distance themselves from the worst of the appropriate molds.