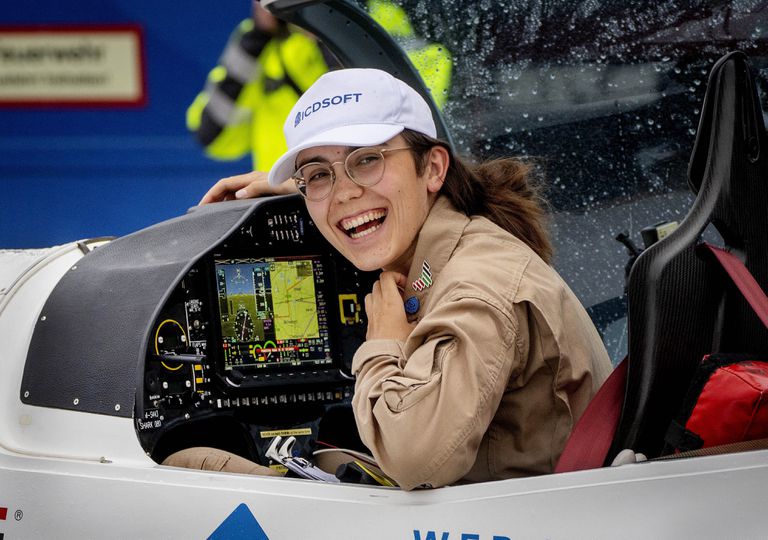 She is 19 years old and broke the record for being the youngest person to fly solo around the world.


Zara Rutherford is 19 years old and made history on January 13. At her young age, she broke a record by becoming the youngest person to fly alone around the world. The British-Belgian teenager performed the feat that lasted five months in which she flew over 40 countries on five continents. In this way, he dethroned Shaesta Waiz, who was 30 years old when he completed the journey.

“It’s been challenging, but so amazing at the same time,” Rutherford said in a statement to ABC News. “I think there are some experiences that I will never forget and others that I wish I could forget,” he added.

Rutherford embarked on his epic journey with his Shark Aero, a high-performance two-seater ultralight aircraft manufactured in Europe. The small aircraft is specially made to withstand long trips to the cruising speed of 300 kilometers per hour. Since her parents are certified pilots, Zara learned to operate the airplane controls when she was very young.

“Zara’s first flight in a very small plane, It was when I was three or four months old. He was often given the opportunity to sit in the front, initially of course, on about six cushions to be able to manipulate the controls and move the plane.” Sam Rutherford, father of the young woman and former army helicopter pilot. But it wasn’t until about five years ago that Rutherford really realized his passion for flying.

“It only crystallized into something I really wanted to do more formally when I was 14 and started taking flying lessons,” Sam added.

Throughout her journey, the teenager had maintenance issues, Covid-19 complications and visa issues. When i arrive to Russia He realized that it was not going to be easy. “There were no humans. Its too cold. It’s like nothing. There are no roads, there is no energy like electric cables. There is nothing, there are no animals, there are no trees. I didn’t see a tree for over a month”, he detailed.

He also stated, “When you’re flying alone and all of a sudden this challenge comes up, I can’t say, ‘I’m done. I’m going. I give up.’ You still have to land the plane. You have to make sure you get down to the ground safely.”

Before beginning his trip, Rutherford sent a LinkedIn message to Waiz, the American-Afghan pilot who previously held the flying record. “Of course, it’s fine. Records are meant to be broken,” Waiz, who completed his trip in 2017, told him. “Not only are you going to fly around the world, but I am going to do everything I can to help you, because it is an incredible experience and I want you to live that”, the pilot told him.

Rutherford said flying has taught him that life is “fragile” and that there is “so much more to life than just having a good career and earning and having a good salary.” She hopes her historic journey inspires other girls and women to pursue their dreams. “His goal isn’t really to fly around the world. Its goal is to encourage young women and girls to consider and hopefully pursue careers in aviation, science, technology, engineering and mathematics”, said the father. “There’s not much point in her flying around the world if no one knows about it. We all have our own worlds to fly to.”