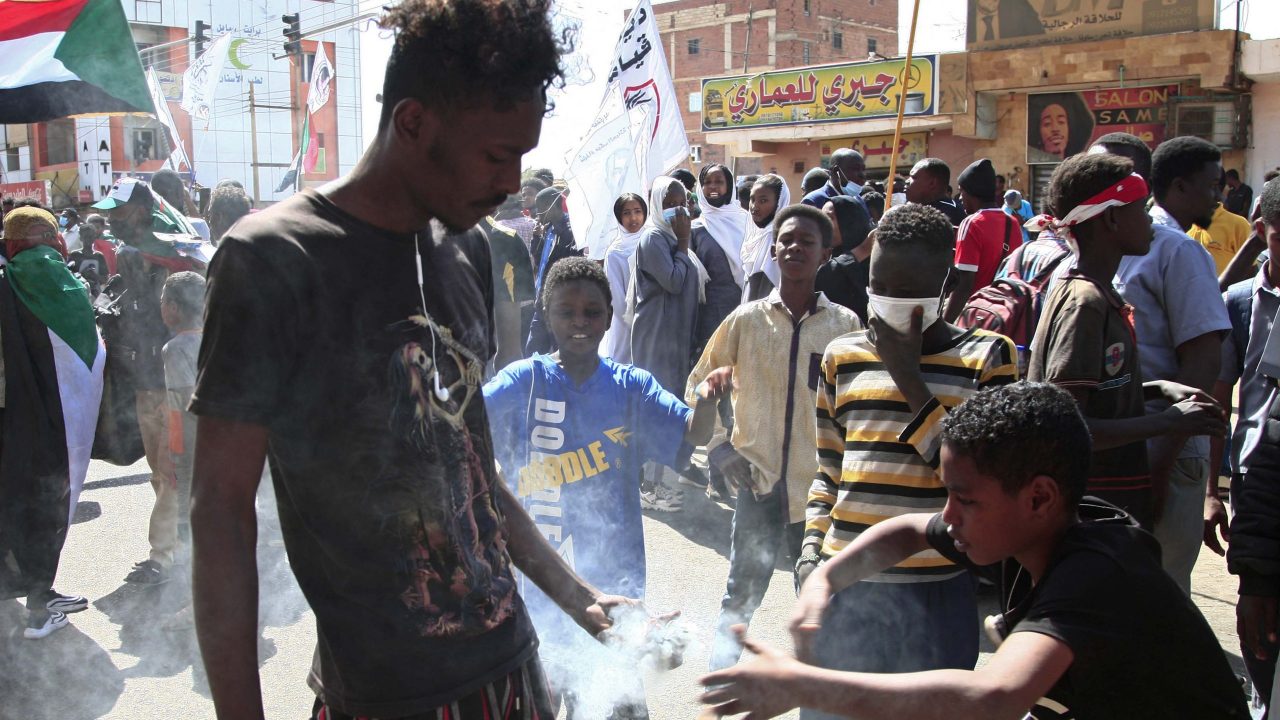 
Sudanese security forces shot dead an anti-coup protester on Wednesday as US diplomats were visiting Khartoum to help end a crisis that has claimed dozens of lives and derailed the country’s democratic transition.

For two days, shops were closed and protesters blocked streets in a campaign of civil disobedience to protest the killing of seven people during a demonstration on Monday, one of the bloodiest days since the coup.

The latest killing took place in Khartoum’s twin city of Omdurman, where protesters opposing the October 25 coup had erected barricades.

Pro-democracy doctors from the Doctors Committee said the protester was shot in the torso “by live bullets from the (security) forces.”

Witnesses also reported the use of tear gas in eastern Khartoum.

The death brings to 72 the number of people killed in a security crackdown on protesters who regularly take to the streets calling for a return to the country’s democratic transition and opposing the country’s latest military coup.

Many protesters have been shot with live ammunition and hundreds have been injured, according to the Doctors Committee.

Protesters, sometimes numbering in the tens of thousands, have also regularly clashed with tear gas.

Before the latest death, US Deputy Secretary of State Molly Phee and Special Envoy for the Horn of Africa David Satterfield met with grieving families of people killed during the protests, the embassy said. from USA

They also met with members of the Sudan Professionals Association (SPA), an umbrella of unions that were instrumental in the protests that toppled President Omar al-Bashir in April 2019, as well as the main Forces for Peace faction. Freedom and Change (FFC). , the main civil group in favor of democracy.

Their spokesman, Wagdy Saleh, said they advocated “an end to systematic violence against civilians” and a “credible political process.”

The diplomats are scheduled to meet with others, including military leaders and political figures.

“His message will be clear: the United States is committed to freedom, peace and justice for the Sudanese people,” the US State Department said ahead of the visit.

The diplomats had earlier talks in Saudi Arabia with the “Friends of Sudan,” a group of Western and Arab countries that favor a transition to civilian rule.

In a statement, the group backed a United Nations initiative announced last week to hold consultations inside Sudan to break the political deadlock.

“We urge everyone to participate in good faith and restore public confidence in the inevitable transition to democracy,” the group said.

“Ideally, this political process will be time-bound and culminate in the formation of a civilian-led government that will prepare for democratic elections.”

During the US diplomats’ visit, coup leader Gen. Abdel Fattah al-Burhan announced that deputy ministers, some of whom served before the coup and others appointed after, would now become ministers.

A statement from his office called it a “cabinet in charge of current affairs.”

But it has no prime minister, as civilian Prime Minister Abdalla Hamdok resigned in early January after trying to cooperate with the military.

As part of the civil disobedience campaign, judicial workers, including prosecutors and judges, said they would not work for a state that committed “crimes against humanity.”

University professors, corporations and doctors also joined the movement, according to separate statements.

Sudanese authorities have repeatedly denied using live ammunition against protesters and insist that dozens of security personnel have been injured during the protests. A police general was stabbed to death last week.