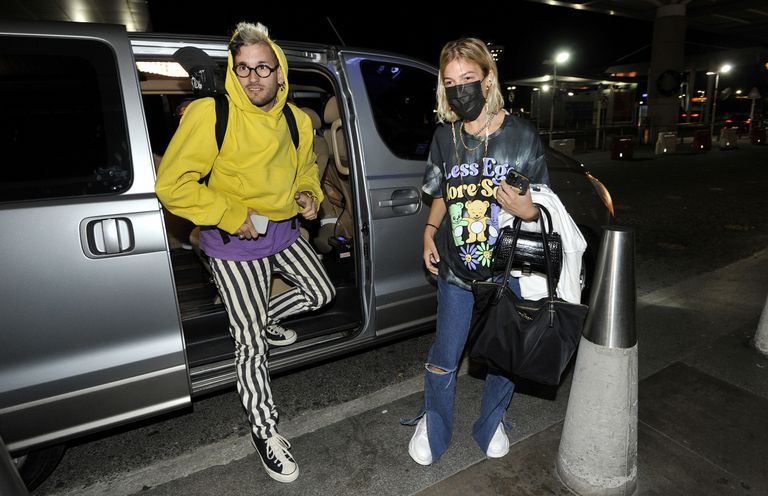 
Stefi Roitman shared the first photos of his honeymoon with Ricky Montaner, after the wedding in Buenos Aires. The couple married on January 8 in the country, at a party that brought together dozens of figures from different fields.

After the party, it was time for the honeymoon. For a privacy issue, decided not to reveal the destination publicly and there is secrecy about where they are. Although it is not yet known specifically what location it is, the first images appeared, which were shared by the influencer on her Instagram account.

Roitman published a series of moments where she can be seen resting and enjoying the place. “I have one that portrays me in precious corners of the Moon”, he wrote at the bottom of the post. Although the images do not give too many details, it can be seen that they are in a luxurious accommodation surrounded by nature.

Because of the popularity of the protagonist, the publication reached a high level of repercussion and exceeded 250,000 likes, along with hundreds of comments praising the couple and wishing them a happy honeymoon.

A few hours before uploading the photos, Stefi also shared a Tik Tok challenge she did with Ricky. While a song by the duo made up of him and his brother was playing, the couple performed a fun choreography.

In addition, Ricardo Montaner’s son had also uploaded a photo with his wife on the trip. It was a postcard in the foreground where he is seen in what appears to be a pool, with palm trees and a paradisiacal landscape in the background.

after the marriage, both were news for the tattoo they got. Already officially united in marriage, both Ricky and Stefi were in Miami and embodied the other’s initial on the ring finger. Although five days had passed since the wedding, the date chosen for the tattoo was not accidental: they had been dating for two years.

Beyond the joy of the wedding and celebration, the ceremony was not without controversy. One of the three dresses that Stefi wore at the event was pointed out on social media as a copy of a Carolina Herrera design from 2020.

The press in question, Stefi was entrusted to the Guevara Ocampo brand. “She was radiant in this dress that we put together together in a divine, fun and emotionally charged process”, they wrote from the firm on their networks.