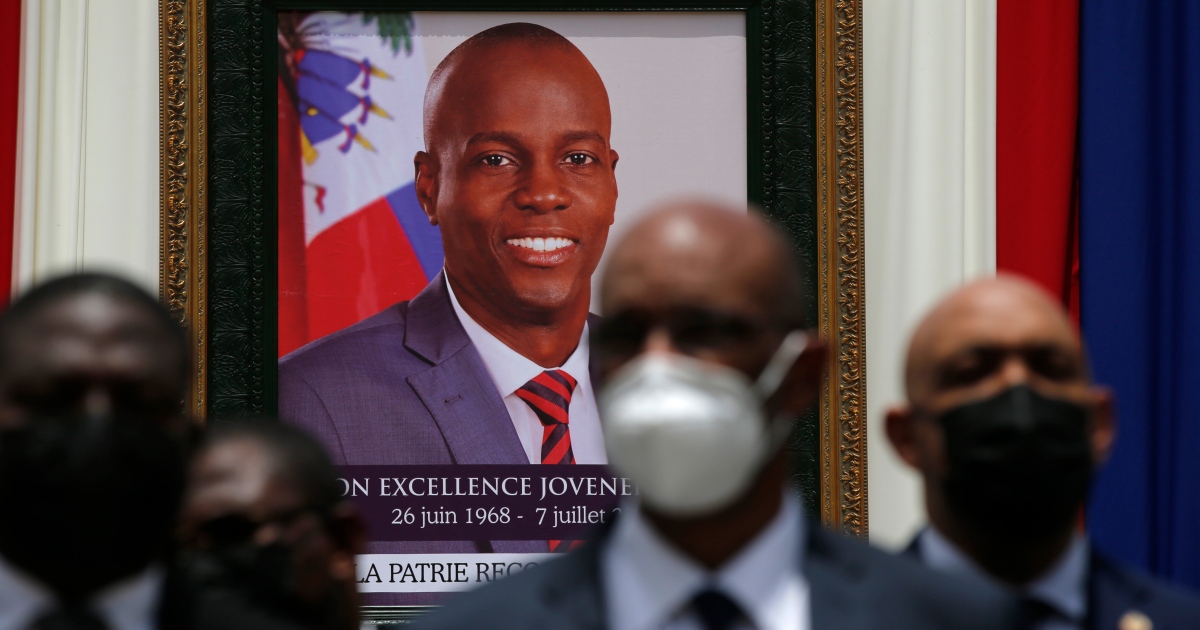 
The US Justice Department has announced charges against a second man it accuses of involvement in the assassination of Haitian President Jovenel Moise last year.

Rodolphe Jaar, 49, a dual Haitian and Chilean citizen, was charged with conspiring to commit murder or kidnapping outside the US, the Justice Department reported. saying Thursday.

He was also charged with “providing material support resulting in death, knowing or intending that such material support would be used to prepare or carry out the conspiracy to kill or kidnap” in connection with Moise’s murder at his residence in Port-au-Prince. on July 7, 2021.

Jaar is the second person charged in the United States this month for the murder, after authorities charged a former member of the Colombian military, Mario Antonio Palacios, with “conspiracy to commit murder or kidnapping outside the United States” on January 4.

US authorities said Palacios was part of a plot to kidnap Moise that later turned into an assassination plot after the conspirators failed to find a plane to fly the president out of Haiti.

More than 40 people have so far been arrested in Haiti, the US and Jamaica in connection with Moise’s killing, adding to uncertainty in a nation already struggling with widespread poverty, natural disasters and political instability. .

Powerful armed gangs have tightened their control over the country since the president’s assassination, leading to an increase in violence and kidnappings.

In its statement Thursday, the US Justice Department accused Jaar of being among a group of accomplices, including some 20 Colombian citizens and several Haitian-American dual nationals, who “entered the residence of President Moise in Haiti with the intent and purpose of killing him.”

“Jaar was in charge of providing weapons to the Colombian accomplices to facilitate the operation; several of the Colombian co-conspirators also stayed at a residence controlled by Jaar,” the department said.

The US complaint, which was unsealed Wednesday in the US District Court for the Southern District of Florida, also accused Jaar of being present when an anonymous accomplice obtained the signature of a former Haitian judge in a request for assistance in arrest and incarceration. Moses.

The unnamed co-conspirator, referred to only as “co-conspirator #1,” is described as a dual Haitian-American who traveled from Haiti to the US to help lay the groundwork for the plan before flying off. back to Haiti from Florida in July. 1, 2021, to participate in the operation.

The person is currently in custody in Haiti, the complaint says.

Jaar voluntarily agreed to an interview with FBI agents on Dec. 9, 2021, the complaint says, with an FBI agent saying in an affidavit that he “admitted that he provided firearms and ammunition to Colombians in support of the assassination operation.” ”.

“He said the operation went from an arrest operation to an assassination operation after the initial plan to ‘capture’ the Haitian president at the airport and fly him away failed.”

Jaar was convicted on drug charges a decade ago and once served as an informant for the US government.