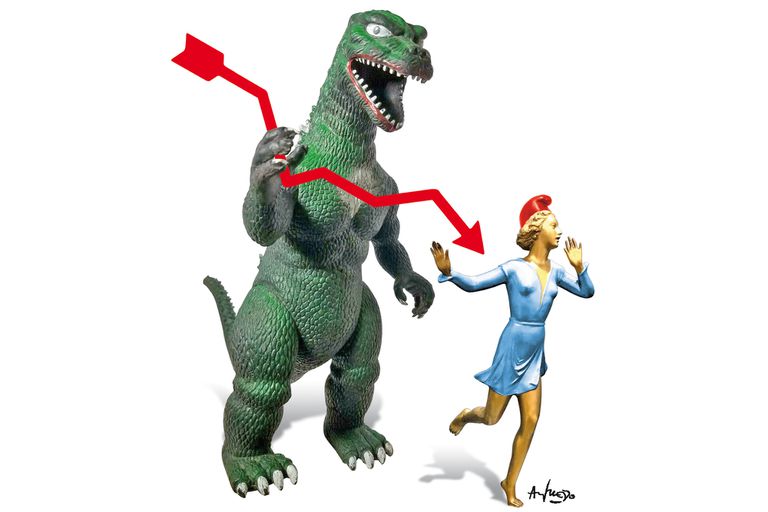 Argentina corners itself in an area of ​​strong turbulence 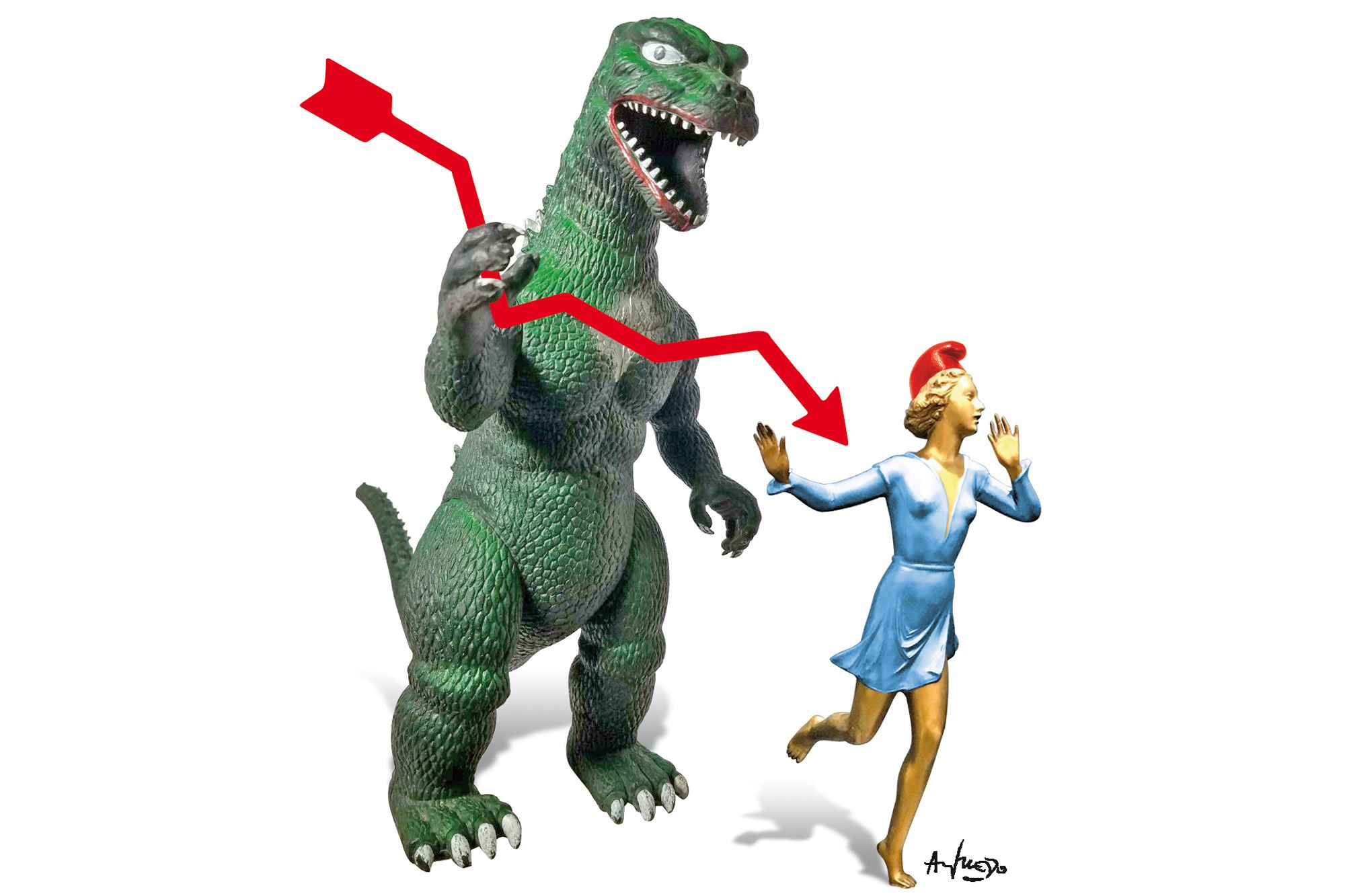 A government that is weakened, fragmented and unable to resolve the most basic issues. On many occasions, it is not even suitable for at least channeling or prioritizing them. An opposition that fails to organize the bid for power between its main leaders and at the same time continues without clearly proposing viable alternatives to the main problems of society, in particular stagflation and the long decline that an economy experiences every day. increasingly fragile, closed, hampered by traps and sterile regulations, without financing and, as a consequence, becoming poorer and more irrelevant day by day. The emerging players (the liberal/libertarian segments, to a lesser extent the hard left) continue to gain a foothold, although they do not yet have the political volume or density to enter the big fight between the two dominant coalitions. As a result, once again the political system as a whole is revealed to be incapable of preventing the country from being trapped in a kind of tragic trap: with no clear chance of reversing the crisis, the expectations of the main protagonists of public life vary between the optimists who believe that we can continue just as bad and the realists / pessimists who discount an even worse future.

Since the terrifying outbreak of 2001, Argentina has failed to reestablish a logical and consistent path with the rules and practices in force in the civilized world to promote human development, strengthen democracy and integrate more and better in a complex world, full of challenges but, especially for emerging countries, especially opportunities. But since the crisis triggered in April 2018, when the financial market’s confidence in the Macri administration was exhausted due to its reluctance to implement the essential fiscal consolidation and with exports diminished by the drought, the country entered an area of ​​strong turbulence that, by not Solving none of the central problems (more: with several of them that had improved in a clear downward curve, as is the case with the enormous deficit created by energy subsidies), conditions the room for maneuver of a government that is the main victim of its own malpractice and that entered, after the electoral defeat in November, in a narrow gorge from which it is not clear if he will know and will be able to get out. To make matters worse, the potential consequences of a worsening of the current painful situation would be severe and extremely painful for the whole of an impoverished, exhausted, disappointed and distrustful society. Above all, for the most vulnerable sectors, those that the FDT says or still believes it represents.

What would be the dynamic if the most pressing dilemmas became more acute? Is it possible to identify the possible triggers that would deepen the current problems, breaking this unstable balance, agonizing but which has lasted longer than some predicted? With caution, extrapolating lessons from past experiences and speculating with the combination of two or more variables, it is possible to explore some contingent scenarios to outline eventual courses of action. And although the reality will surely be more vaporous and complex, it is worth identifying the mechanisms that could alter the current inertia and precipitate even more problematic and unstable environments.

On the economic front, a perfect storm is ripening smoothly: with tiny reserves, inflation that only the President claims to imagine under control, the country risk bordering on 2000 basic points and a drought that compromises the trade balance and income from withholdings, without considering the impact of the omicron wave on production and consumption. With the blue dollar at record levels due to the plateauing of negotiations with the IMF, a formal declaration of default would trigger a simply chaotic situation. But a forced and/or perceived unenforceable deal could trigger what Rozenwurcel and Cavarozzi recently called “hyper-stagflation.” In this context, old unresolved tensions (as occurs with the countryside, that everlasting archenemy of Kirchnerism) and growing suffocation by taxpayers would fuel a climate of fiscal rebellion. The vicious cycle deficit-inflation-shot of the dollar-liquidation of income could accelerate and, as Buscaglia indicated a few days ago, the miracle would be to avoid a new hyperinflation.

At the political-institutional level, the panorama also looks unnecessarily convulsed: the attack to the Supreme Court and to the independence of Justice, promoted by the toughest sectors of Kirchnerism, falsely presented as a social demand (in no survey does it appear as a priority issue) and unusually endorsed by the Government, it is not able to hide the strong tensions within of the ruling coalition, which inevitably produces coordination conflicts and significant management obstacles. In addition, if we judge by the results of the latest legislative elections, these internal disagreements strengthen the perception on the part of a majority of society regarding an impunity plan promoted by the National Executive Power itself to benefit CFK, his relatives and his relatives in the causes of corruption in which they are involved. In parallel, the struggles within the opposition bloc complicate the panorama for an apathetic and daunted citizenry that cannot find a leadership that orders the agenda or prioritizes reasonable and conducive courses of action to prevent the crisis from escalating.

To all this must be added the growing social tensions. Faced with the fall in real terms of income, in particular that of retirees and employees in the public sector, victims of the inflationary adjustment, and in a context of increasing cases of insecurity more than anything (although not only) in large urban centers, it should not be ruled out that episodes of great media impact arise with the capacity to mobilize citizens and deepen the sensation of an absent State, complicit or, at least, totally ineffective in preventing serious acts of violence and insecurity. Impossible not to refer, as an example, to the “Blumberg case”. In parallel, the general bad mood is fueled by phenomena such as prolonged power outages, floods due to intense and severe rainfall, fires as a result of the endless drought and new series of health complications related to Covid-19. These situations could constitute complementary factors that add fuel to the fire in some localities or provinces in particular that are already experiencing complex specific situations.

Far from seeking to calm the waters or contain the most explosive mechanisms, the Government tends to multiply their traditional unforced errors. In particular, initiatives totally dissociated from the citizen agenda and declarations by well-known officials that seem aimed at unnerving at least a significant segment of society. The same happens with attempts to justify the unjustifiable (an embarrassing task for official and unofficial spokespersons) or to build hopeful narratives (“sarasas”, Minister Guzmán would say). For this reason, after starring in a long and predictable suspense film, Argentina needs an urgent change of direction –and, by the way, a lot of luck–, to avoid turning it into a horror film.